Riding the 'Horse in the snow I got my Iron Horse back from the shop about a week ago after having the brakes redone which included new pads and a new rear rotor. Also had the rear derailleur put back on after waiting a month for new hangers. That's one of the drawbacks of buying a bike and then a year later having the manufacturer go out of business. Luckily, I have the 2007 MKIII, apparently the rear triangles on the 2008 are known to fail and unless you got your bike from Randal Scott you are not getting a replacement rear triangle. I did seem them, however, on eBay. 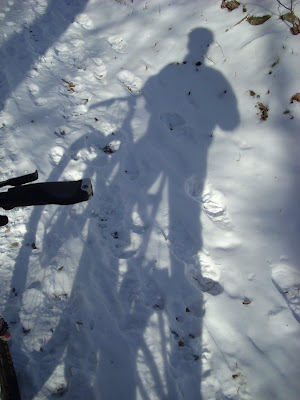 The first thing I noticed after riding rigid for the past two months is how smooth the bike is. Having a range of gears to chose from made riding in the snow seem easy. Of course, temperatures were perfect for snow riding. Two to three inches of snow but not compressed enough so that it would turn to ice. 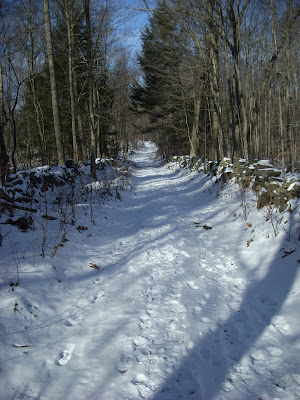 I tried something new on this ride, I brought a hex tool and a water bottle. If I got a flat, I am a 10 minute walk from home, so why bother bringing all that extra hardware? It's not like I am not accustomed to doing the walk of shame numerous times out of this forest. 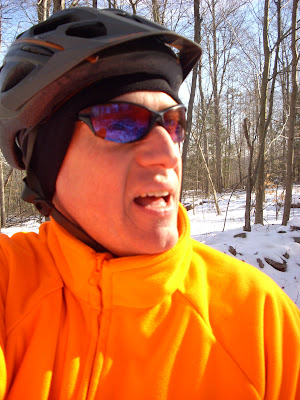 Tried something new with the clothing, too. Given that it wasn't windy and the sun was out I opted for only two layers underneath my hunting jacket, which by the way is the warmest, fleece jacket that I have ever owned. I also just wore the lobsters and while my hands sweated some it was just cold enough that they didn't overheat. 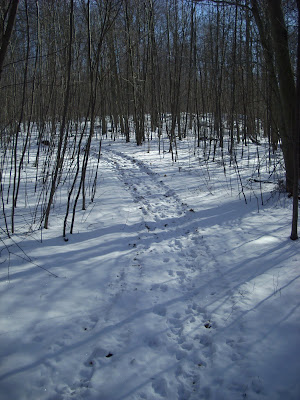 The big let down of the ride came when I discovered ATV tracks on the Upper Gussy Trail. It looks like I am now going to have to do some serious rerouting and putting up trail blocks here and there to discourage them from riding on it. 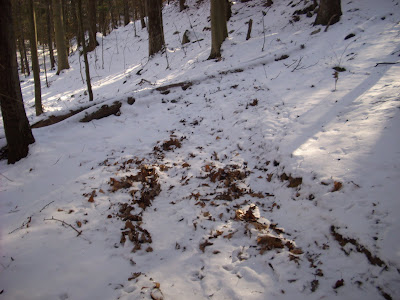 The ATV'ers didn't ride the whole trail so I still had some virgin powder to ride and it was dreaming. The whole Gussy trail seemed like buff singletrack. 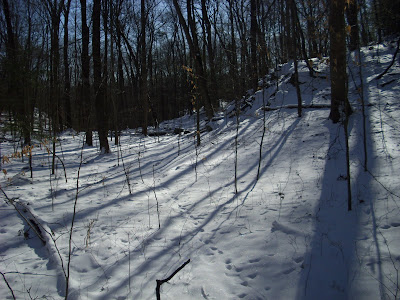 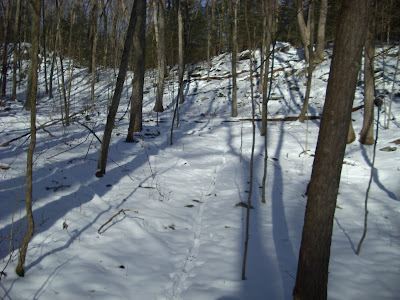 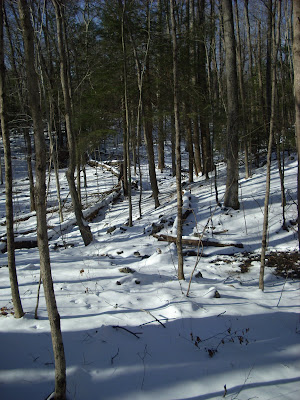 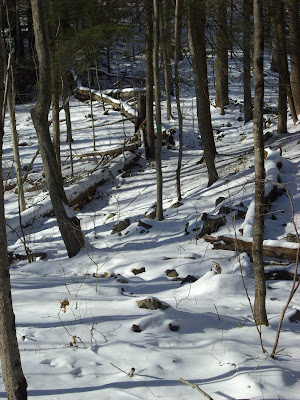 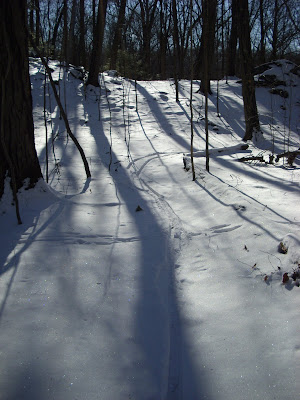 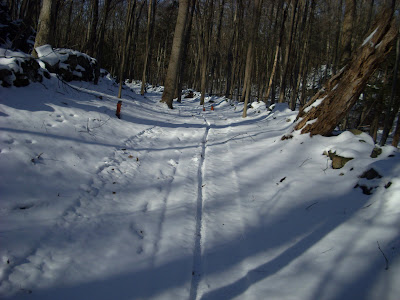