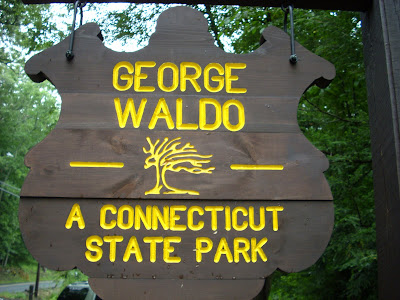 Met up with Paula this morning off of Purchase Brook Road in Southbury, CT at George Waldo State Park for some trail work on the Where's Waldo Trail. This is going to be an awesome trail! If you like riding the Rock-n-Roll trail at Huntington, you are going to love this trail even more. It's tight, it's technical, there are some really nice climbs, technical climbs, and boocoup stuntry.

While those that were supposed to show up did not, Wayne Johnson and his daughter Mandi did. The found out about it because Wayne has a Google Alert configured for Southbury and it came up when I posted the event on the Snack. I was surprise when he showed me a printed copy of the posting. 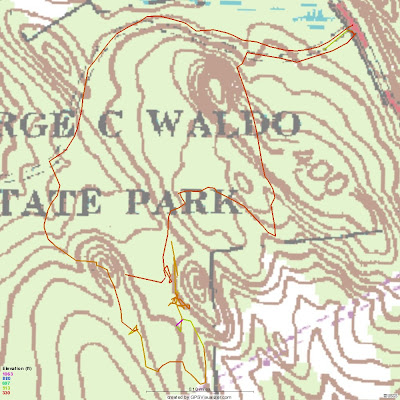 The map above doesn't really cover the trail exactly. The walk in had us doing some bush whacking to save time getting to the work areas. And then we bush whacked off the trail back to the fire road. Paula and Mandi started clipping and Wayne and I built a nice up-and-over this angled down tree in the middle of the trail. 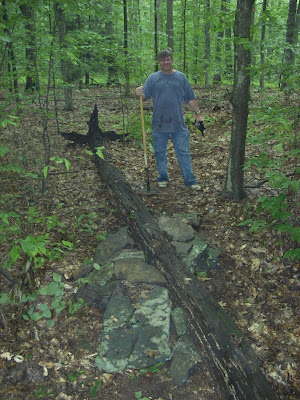 The nice thing about building this feature was the abundance of rocks coming from a nearby outcropping. I showed the Wayne the art of splitting a rock without any tools. Found a nice flat rock but it was thick for our needs. Turns out the thicker part had a parallel crack in it. Just dropped it onto a bigger rock and it split into to really nice flat rocks that we were able to use on the feature. Can't wait to ride it. 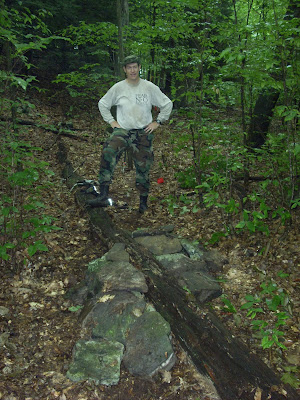 Further up the trail, Paula said that we would want to crib this one section, however, we ended up benching it with a McCloud and a fire rake. Not the ideal tools for benching but we got the job done. This area needs much more benching but that will have to wait for a latter time. 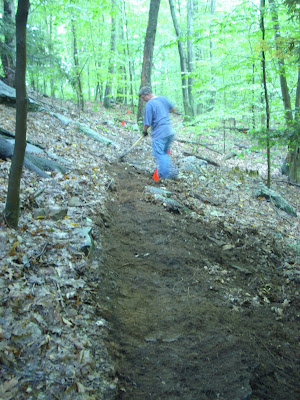 Back at the lot, Paula handed out subway sandwiches and we all enjoyed a quick bite to eat. Wayne and his daughter took off, and I had a family committment that I had to get to, but Paula went back out to do some more clipping! 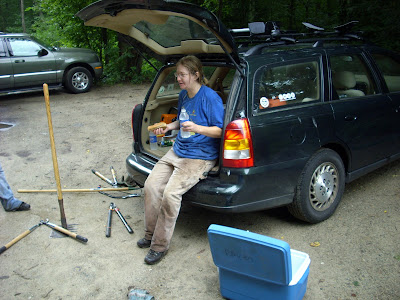 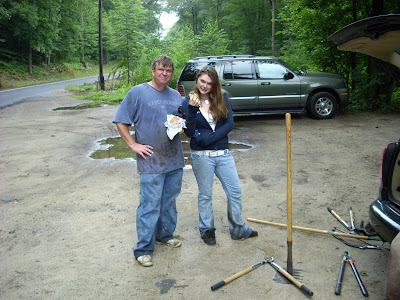