The Friday Fix is a little late this week because it's more of a live or after the fact post. I did my short commute on the fixed gear today and it was awesome! My short commute is 18 miles, only there was a detour today that took me a mile out of my on the route to work. The clip of me riding was made by putting the camera between the bars and my handlebar pack. Might have to try making more of these. What I really need to do is make a handlebar mount for the camera and take video/pictures while riding.

It was pretty cold this morning on the way in, 56 degrees and foggy. I wore my NEMBA TA Jacket for 3/4s of the ride but took it off when I got to Stony Hill Road. I also wore my new Tilfosi polycromatic glasses that I picked up at Class Cycles on Tuesday.

I learned something new about my riding shoes, I am using the first pair of shoes that started riding clipless with, a pair of Cannondale Roams. Mine actually look better than these, although the soles are a bit shot. 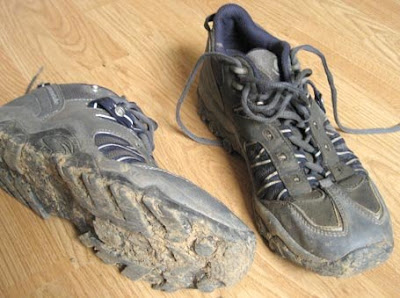 They have these loops and snaps on the outer side of the shoe.

I had alway thought they were holding your pants down but what they are really for is to secure your laces so that they don't get caught in your cranks, which happened to me and nearly yanked me off the bike this morning.

On the way home, I took a few pictures of this cute barn that is next to the road on Obtuse Rd. 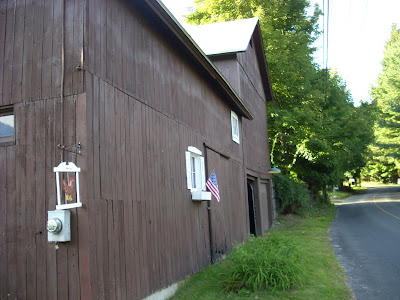 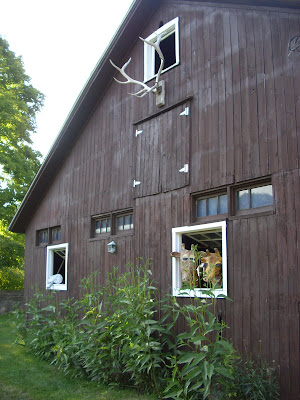 The two Girrafes in the window are very touching and yet very odd. You'd expect a fake horse or cow but instead it's a Girrafe, and not one but two! 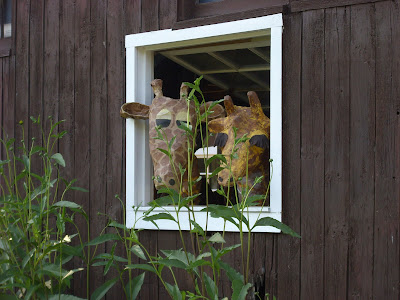 I have to say, though, at the drafting of this post, my legs are tight! Riding fixed gear is a far better workout than singlespeed. I think I am smitten with fixed gear and I am going to try my distance route next week.
at 9:00 PM