Rode before Work Tuesday morning at Upper Paugussett. Lots of waffle tracks on the trails, too. In fact last weekend after coming back from the Pond Brook Boat Ramp I ran into a couple for Pennsylvania that came to Upper Paugussett State Forest specifically to ride the Upper Gussy Trail! There were also quite a bit of fresh horse tracks on the Brody Road and the Gussy Trail. 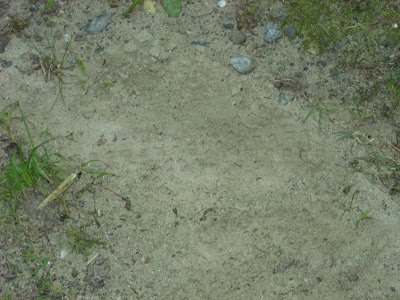 I haven't ridden the 69er in over two months and I figured it was time to get out on the trail again. I can't get over how well this bikes rides. The 69er concept is awesome and never dissapoints. The one change I am going to make, though, is it's time for a gear change! I am going to to an 18t on the Fixation and I will got to a 20t on the Qball. Looking at my three mountain bikes on Sporttracks, I have the most mileage on the Fixation, 397 miles after Tuesday's ride. The Qball has 375 miles, and the 'Horse has 196 miles. 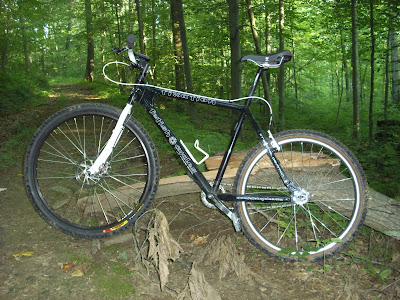 You might recall that I wrote a few posts about various samples of Equine Excrement that initially adorned the Gussy Trail. In fact it sparked the ire of the local Equestrienne club that is working with me on building the Gussy Trail. However, what they didn't seem to understand at first, it took a lot of explaining and explaining, that in order to be good trail stewards we have to be conscious of what we do on and to the trail. I think I got the point across to some of the organization's members. 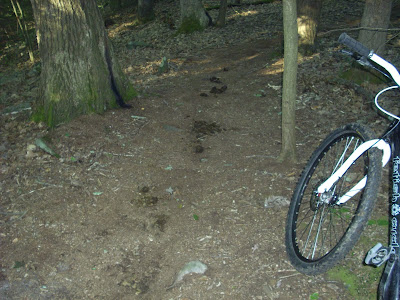 Now there could be a plausible explanation for poop found in the picture above. Either the rider was not privy (no pun intended) to the earlier issue and resolution or the horse that pooped on the trail here was the trail horse and the rider didn't realize that Trigger was letting loose with a buschel of road apples. Since my human suspension system needed a break from riding by this point, I decided to clean off the trail myself. 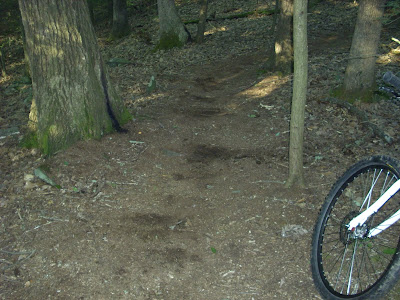 I think I might have mentioned in a previous post that the trail gnomes were busy making tweaks to the trail, mainly by adding rocks to various obstacles along the trail. Well, there has been more work and it keeps getting better and better. 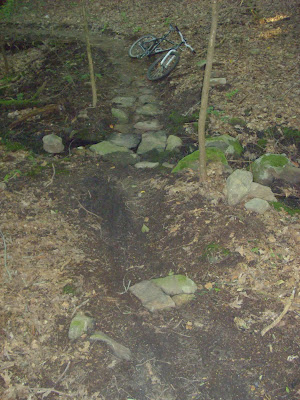 The third stream crossing needed some adjusting from the horse traffic. That is expected and it's nice to see that they can use the tiling that I installed. The bypass at Via Roma seems to be holding well, too. I can tell that quite a few bikes have crossed through here by the position of the rocks. 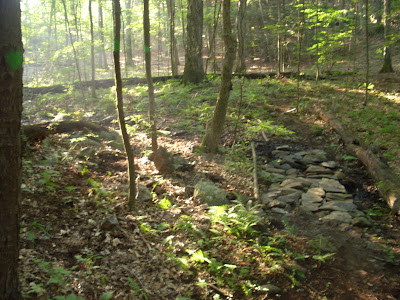 The mini up-and-over/rock skinny I put in the Wet Spot really makes riding through there easy. The rest of the trail from here hasn't changed much. I have added a new leg in the Echo Valley Loopy that adds almost another mile to the ride by riding down Echo Valley (paved) proper and then taking Tamarack (dirt) back to Hanover (paved). While I hate riding pavement with knobbies the dirt component makes up for that nicely.
at 9:11 PM

Agree with ya on Pooh - horse is not as bad a dog, but both leave a negative impression on the trails. The shoe shovel works fine for horse pooh. But dog pooh requires haz mat gear to clear.

Keep up the excellent work on the trails.