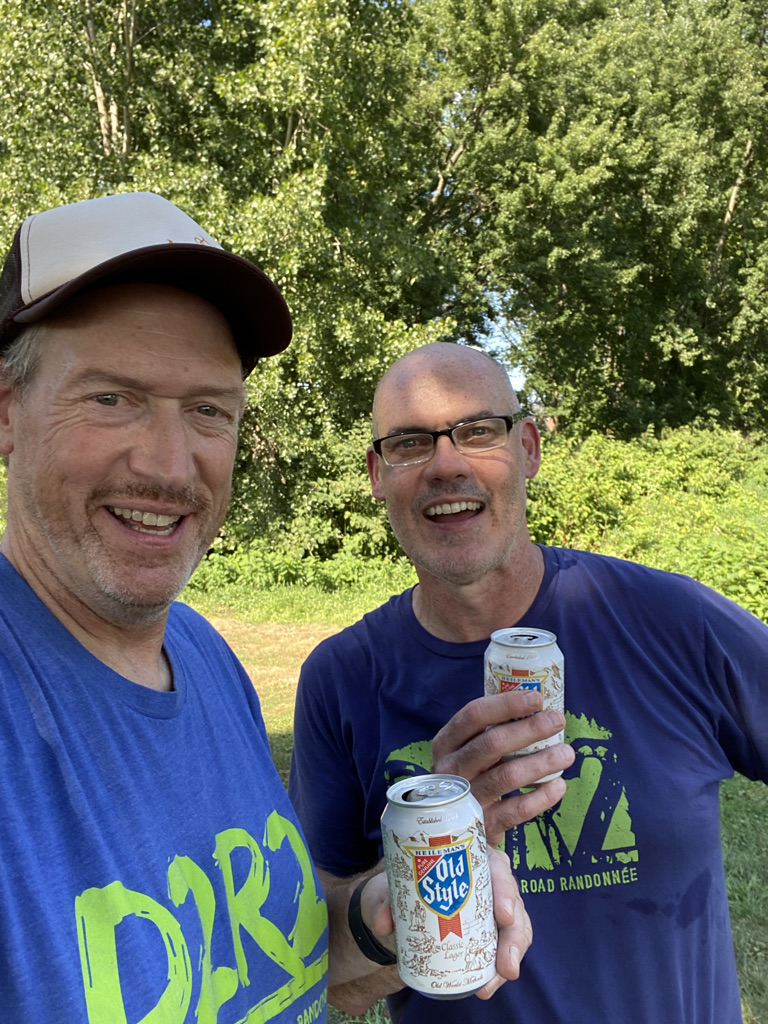 After checking in at the main tent, I got my camping pass and drove over to this year's camp ground where I met Todd. He picked out a good spot although we had to carry our stuff in but it was a lot flatter than there other places. We set up our tents and then had a beer, or two. 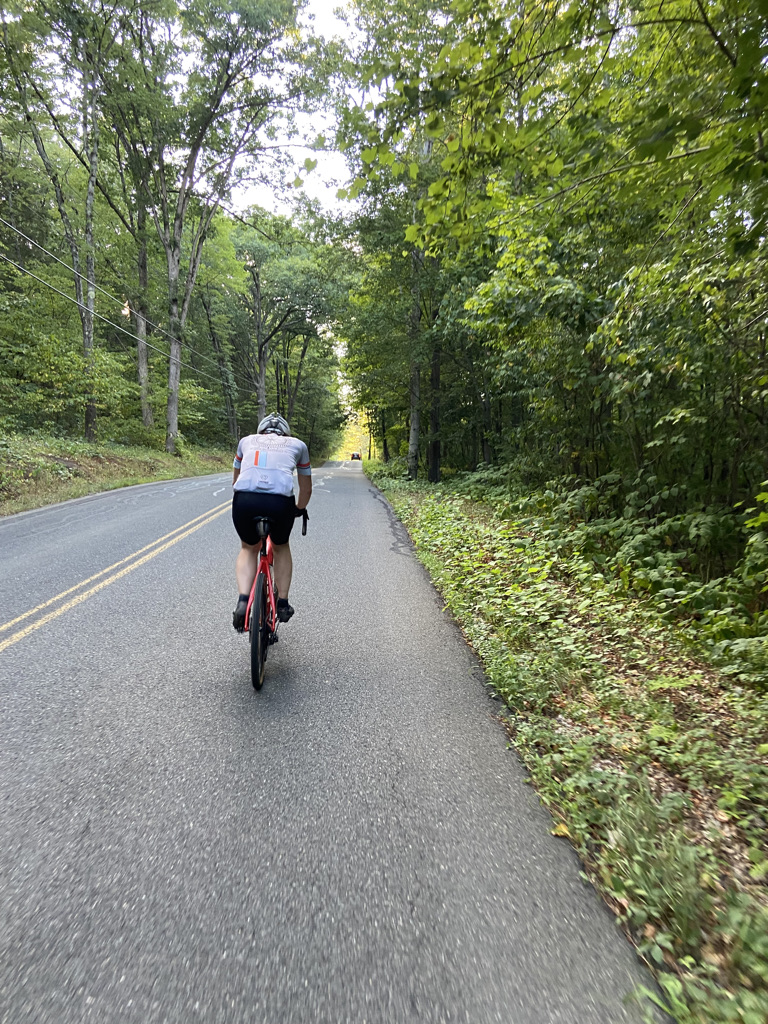 Will showed up around 5 and after getting his stuff set up in the tent we went for a little ride. 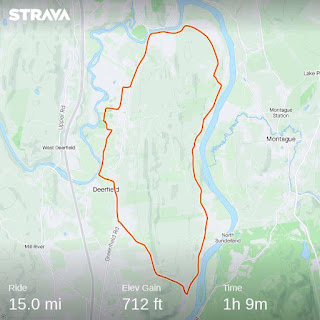 We rode north towards Greenfield and then looped around the hill that divides the Green River from the Connecticut River. 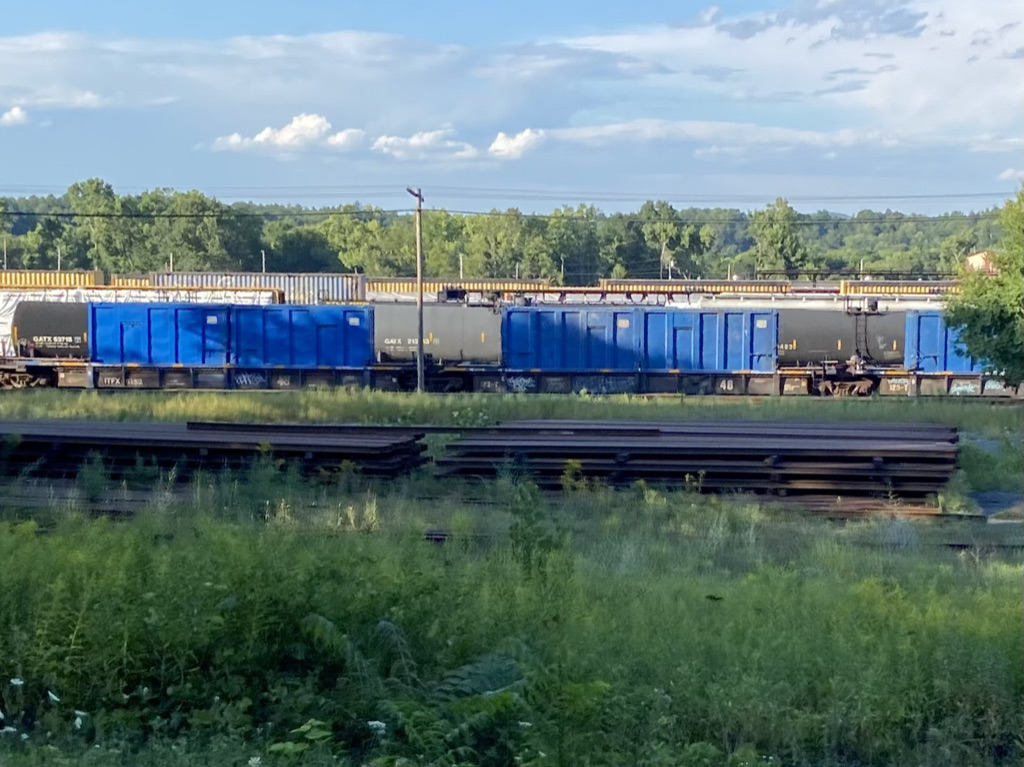 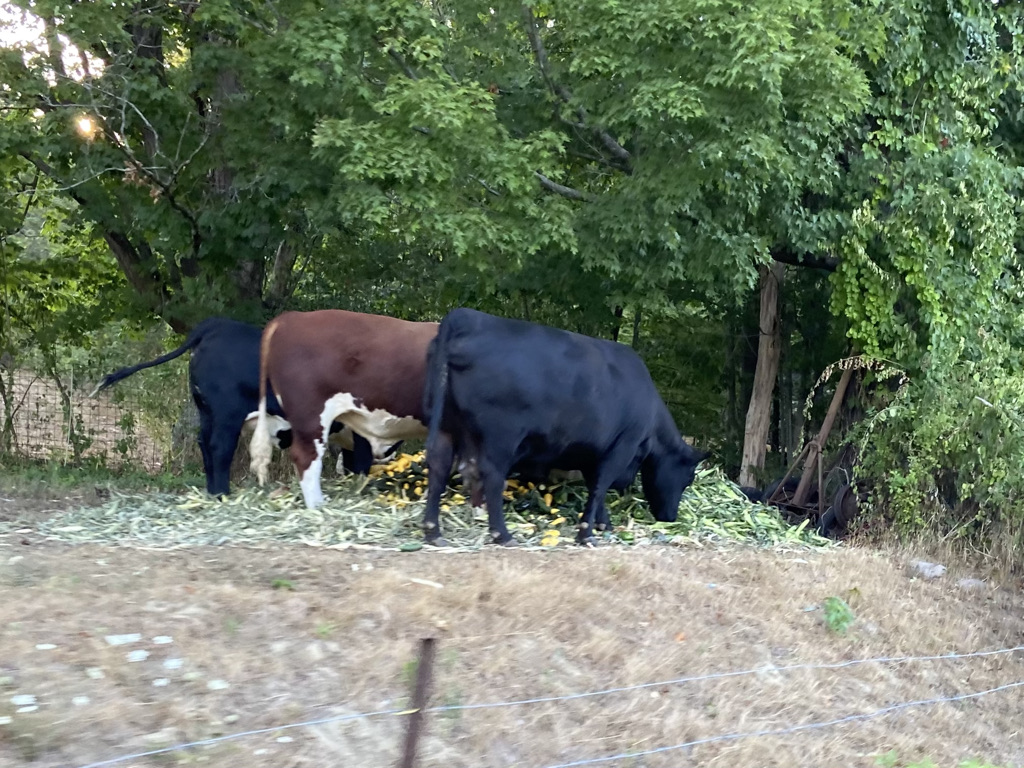 There were plenty of cows 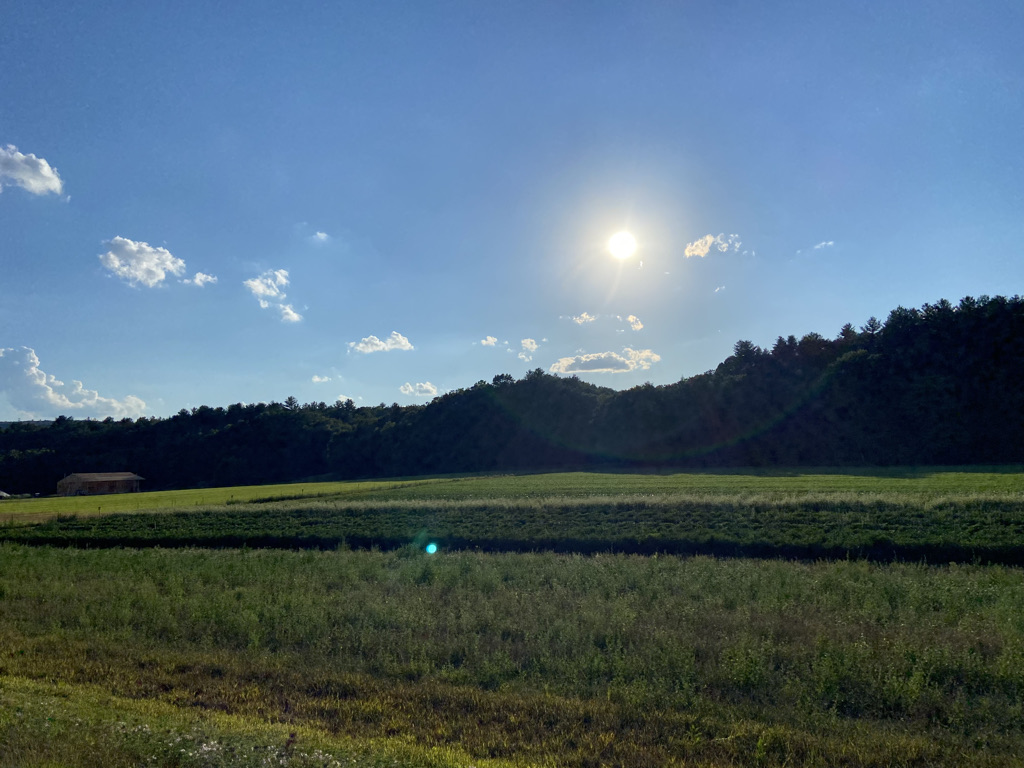 We were only able to get glimpses of the Connecticut River 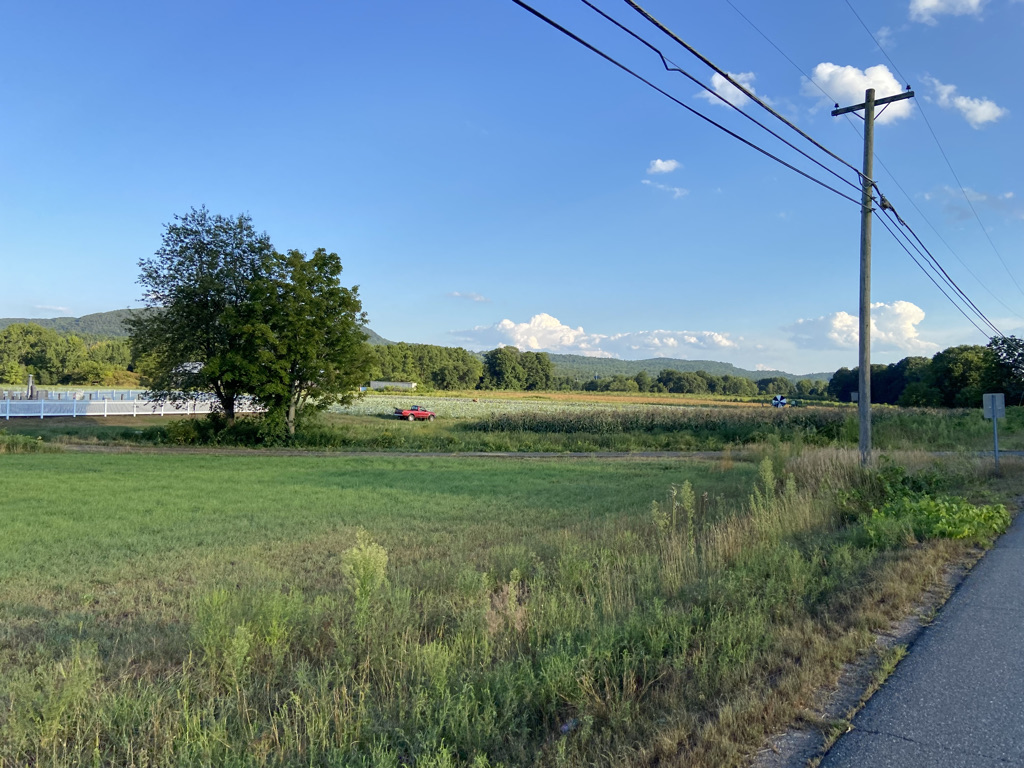 It was over behind those trees 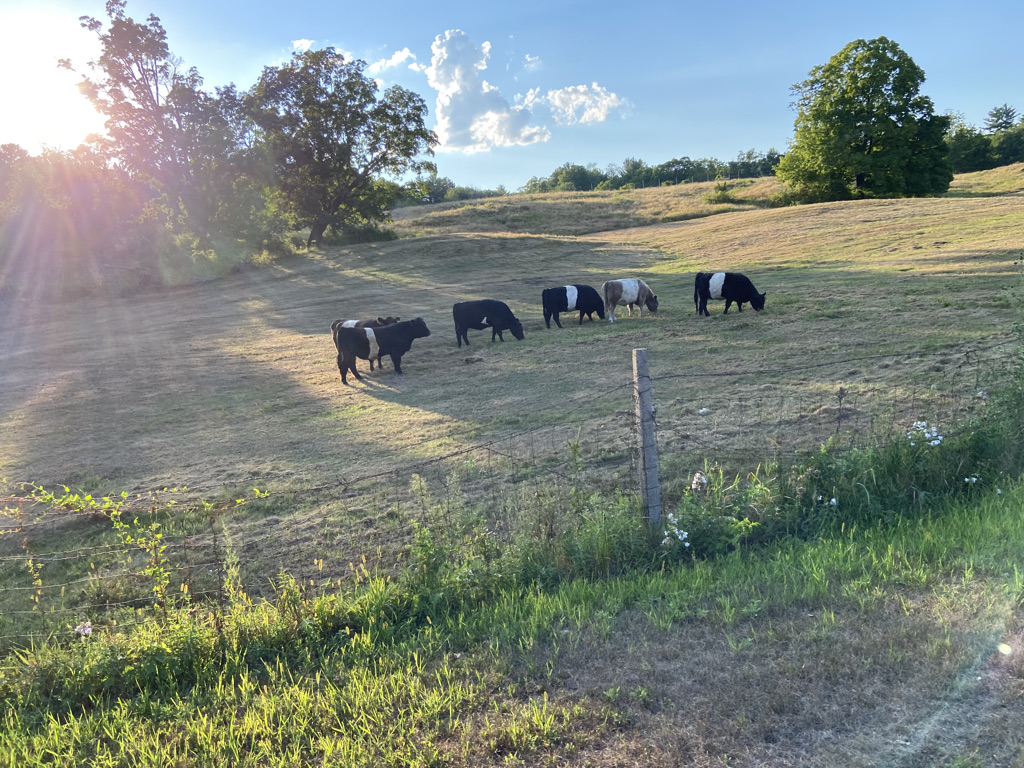 There was a sign on gate of this pasture saying,
Do Not Enter there is a Bull in Pasture 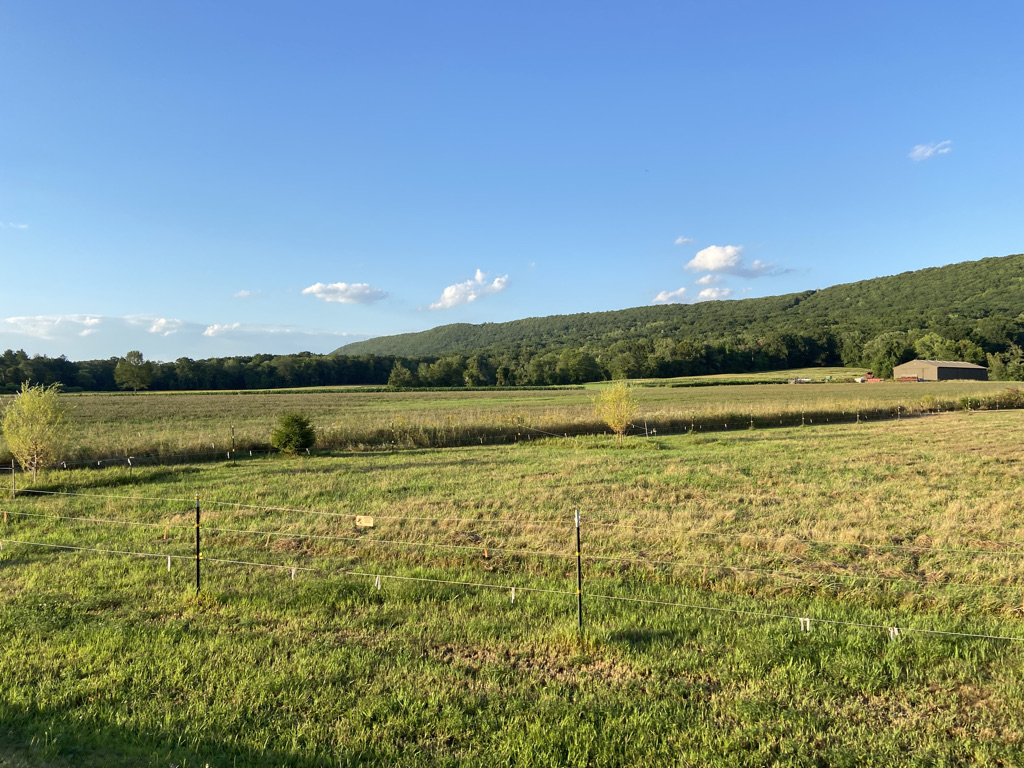 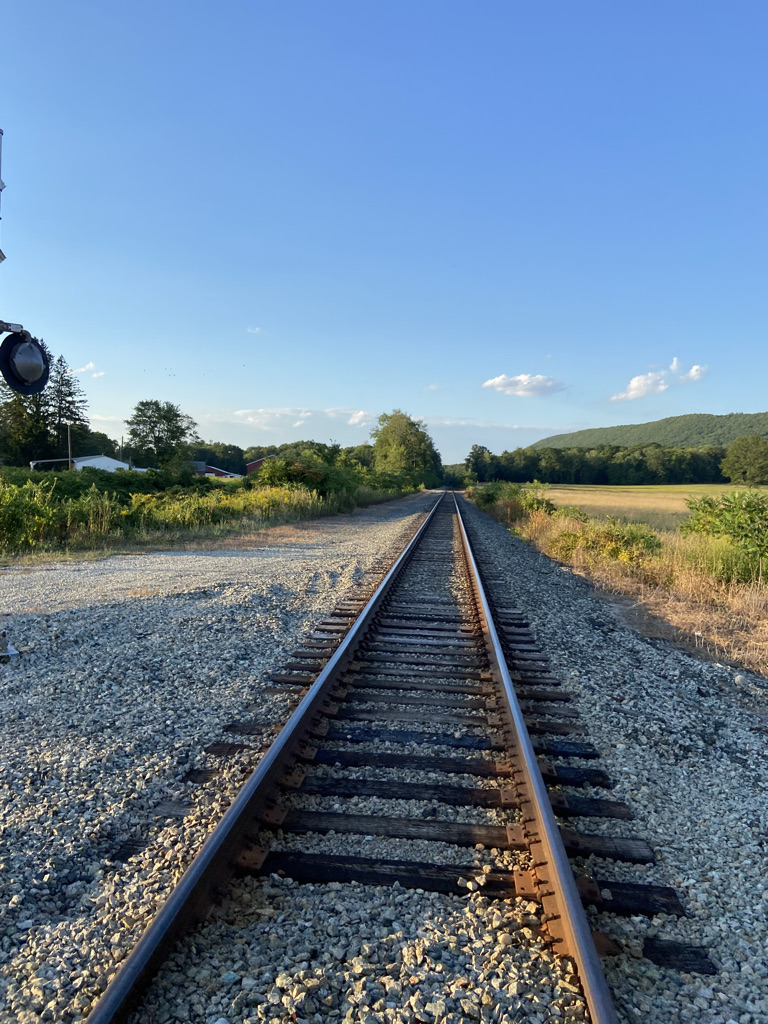 Crossed over the tracks 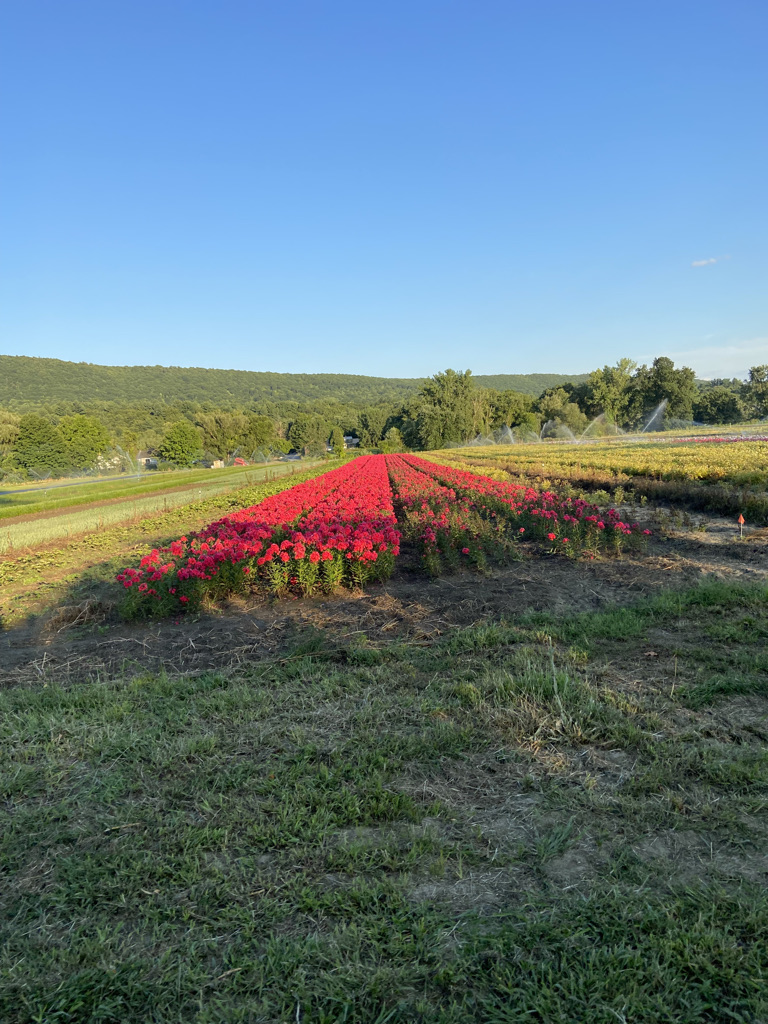 and rode back to the camp grounds 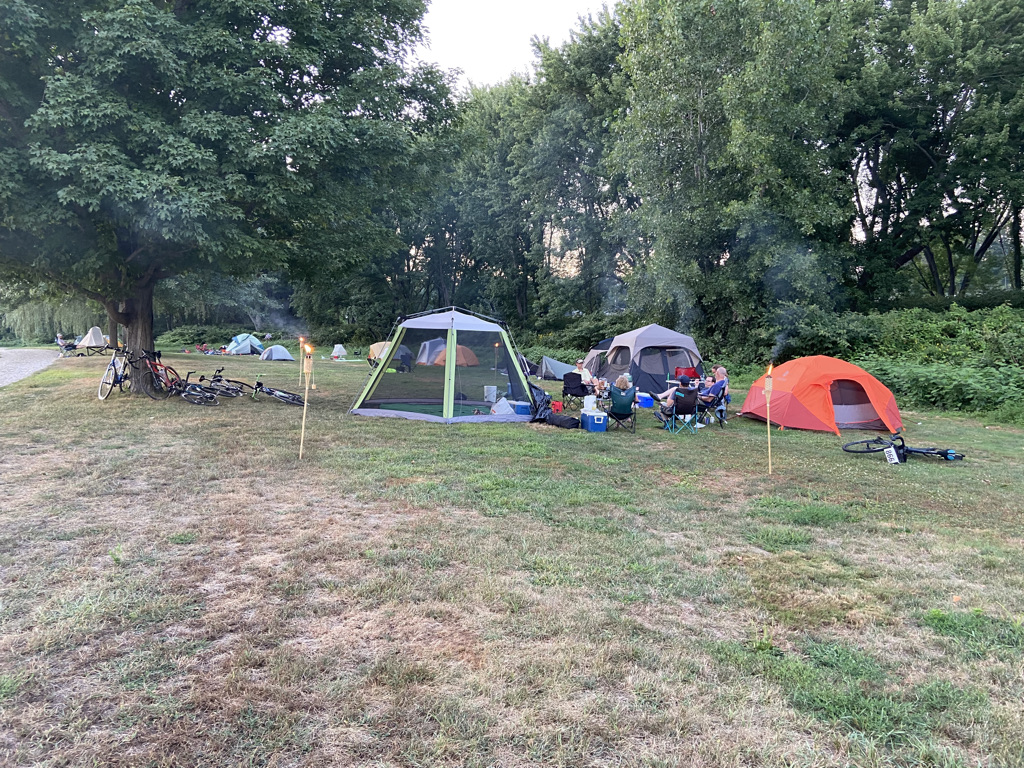 Everyone who was coming Friday showed up
We had Leslie, Todd, Will M, Will B, Mike, Marshall and myself 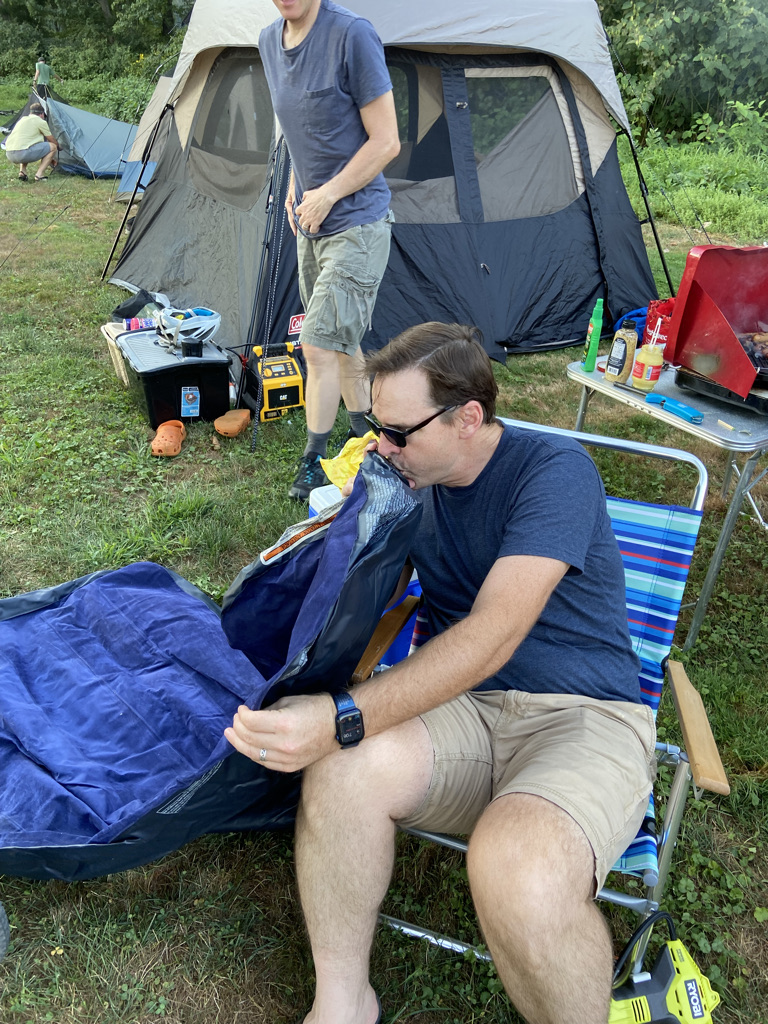 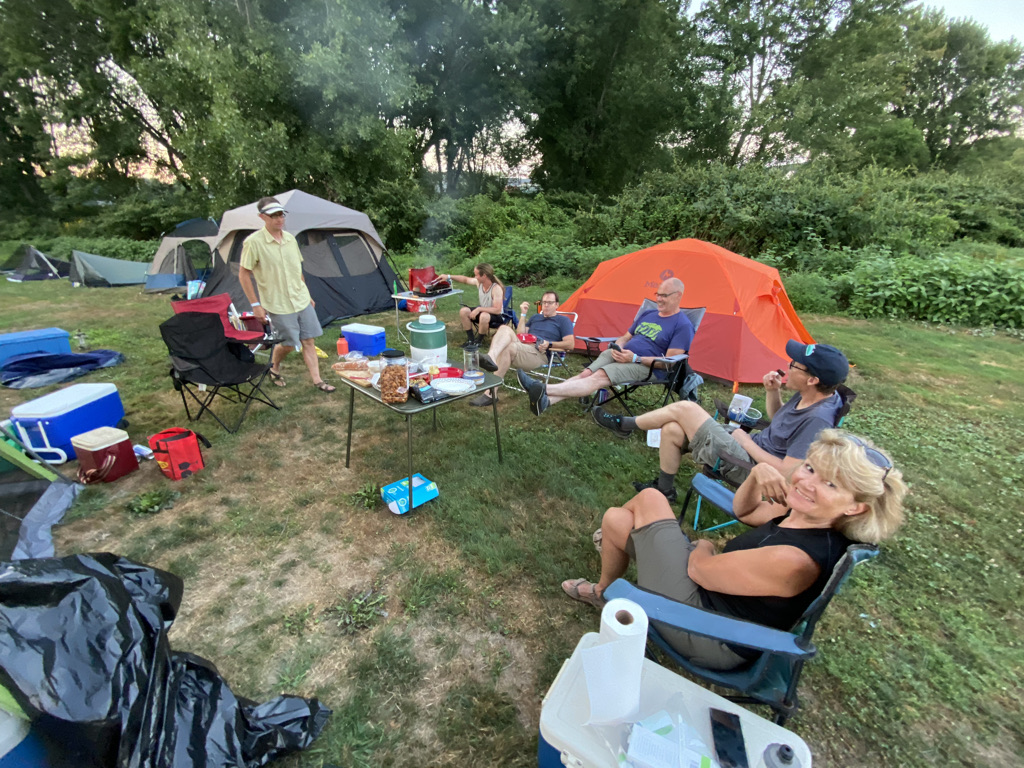 We spent the evening sampling Karl's Sausage Kitchen Wurst, bluefish pate and of course drinking beer!
Later in the evening someone had the gaul to steel one of my Tiki Torches!
at 10:00 PM