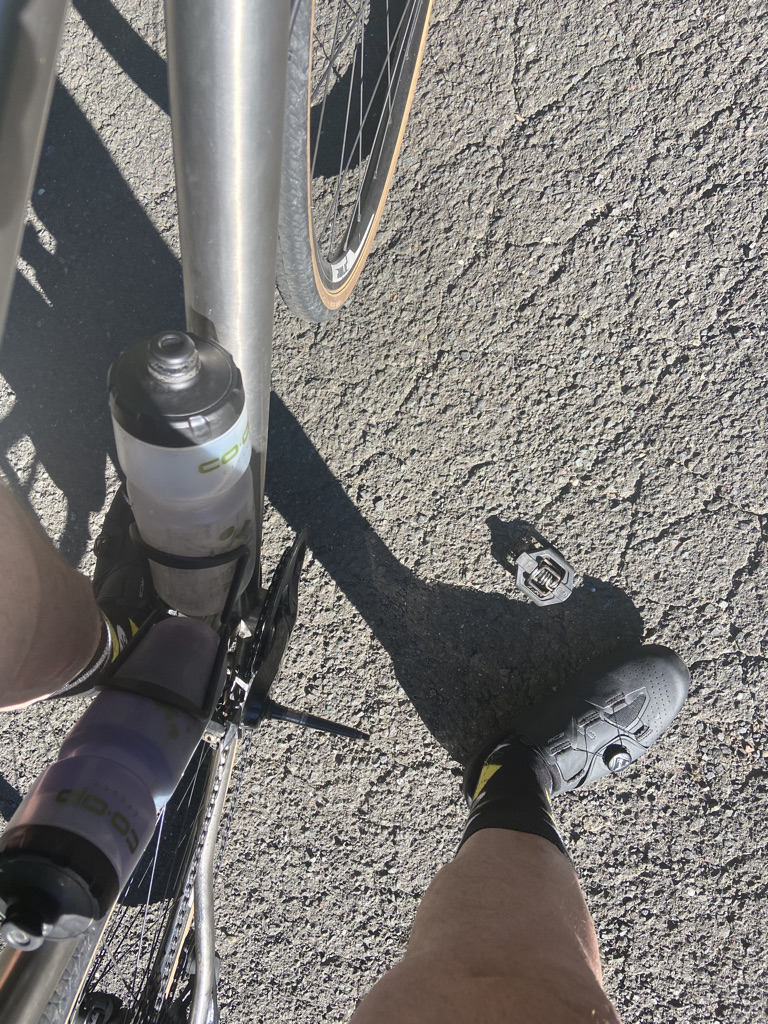 I met Marshall at the Newtown Flagpole with the intention of riding to Ridgefield for some kind of Nosh and then riding back for around 40 miles. After climbing up Castle Hill and heading towards Birch Hill my foot came off the pedal, or should I say the pedal came off the spindle and then it disengaged from my food.  Good thing we were only 4 miles from my house and it was mostly downhill, so we rode back to my house so I could put on a new set of pedals. 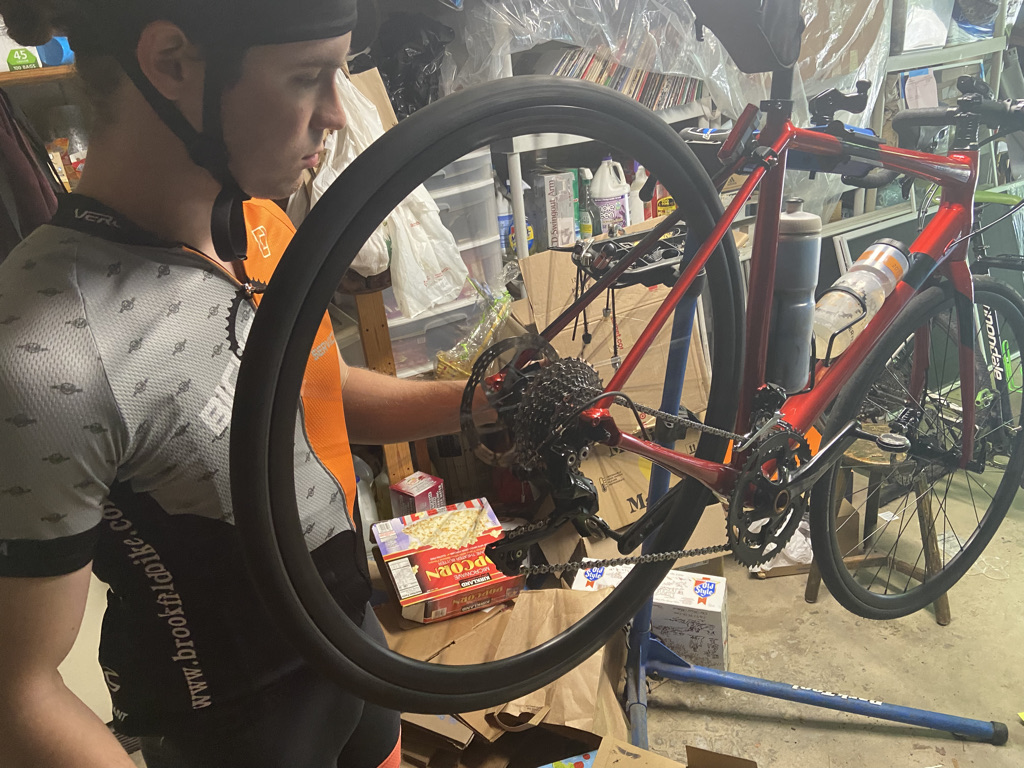 After replacing my pedals, Marshall took the opportunity to adjust his rear brake calliper.  Rather than riding back to the Flagpole I suggested that we ride to Roxbury and beyond to do some hill climbing since D2R2 is next week. Crossing over Lake Lillinonah on the Rt 133 bridge we rode up through Bridgewater and then decended down Rt 67 and then climbed up Baker Road to the center of Roxbury. 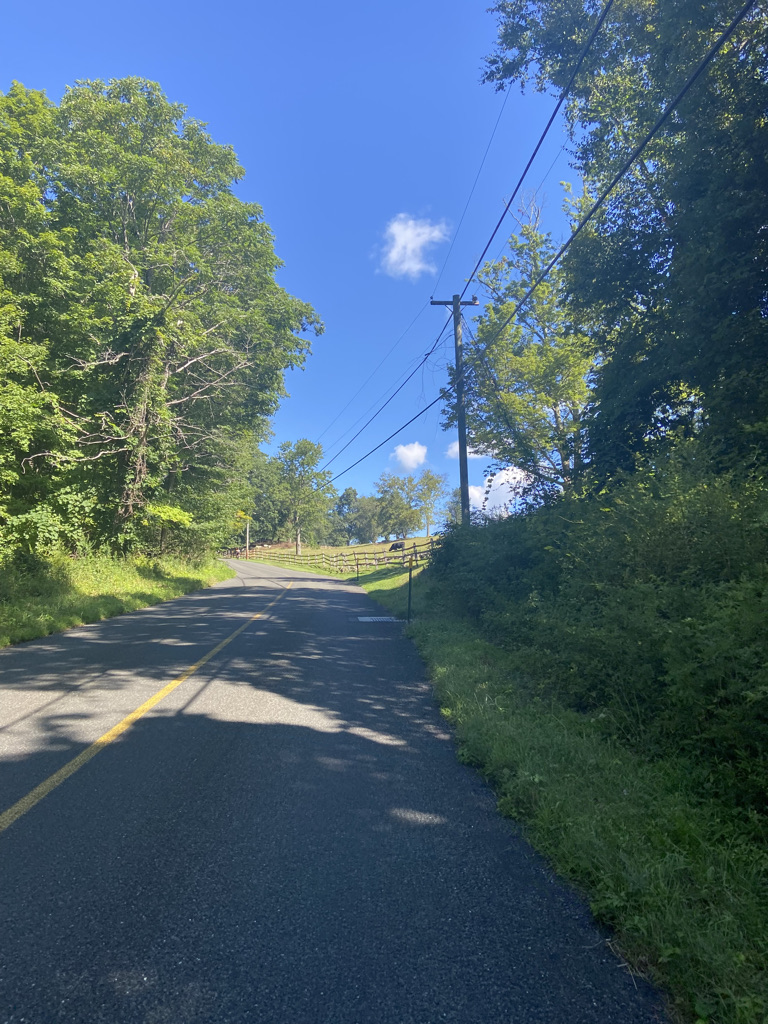 Then we climbed up Painter Hill and Marshall wanted to see if he get a PR on the climb and he was gone. 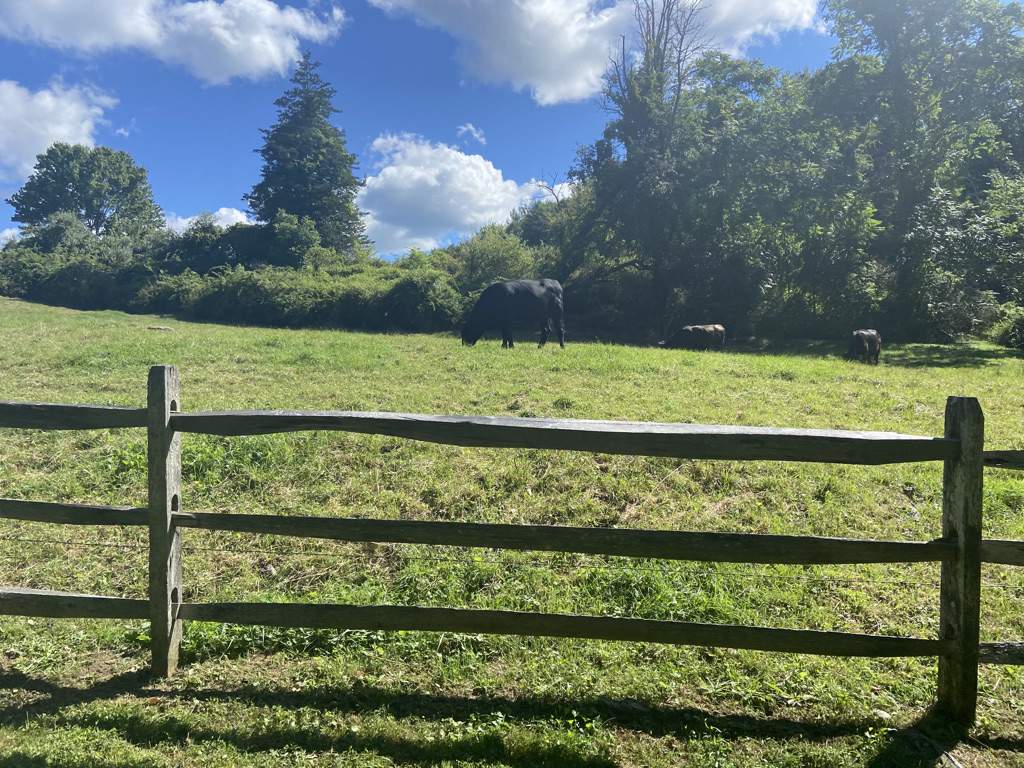 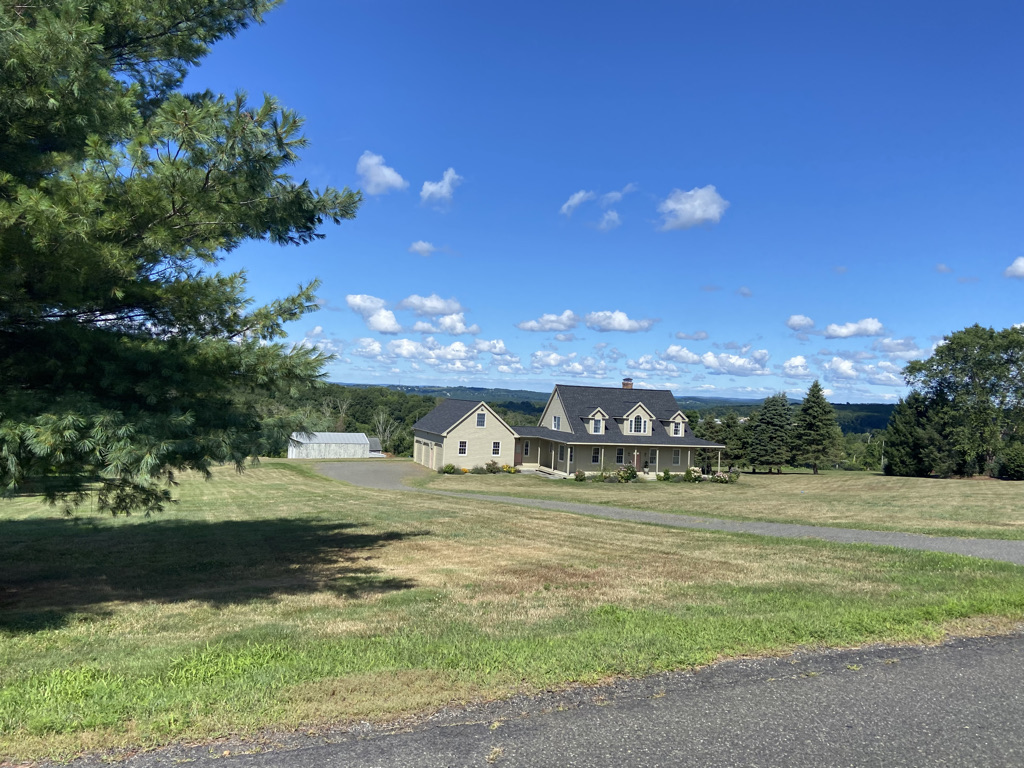 The view today from Painter Ridge, with the puffy clouds had Money Shot potential. 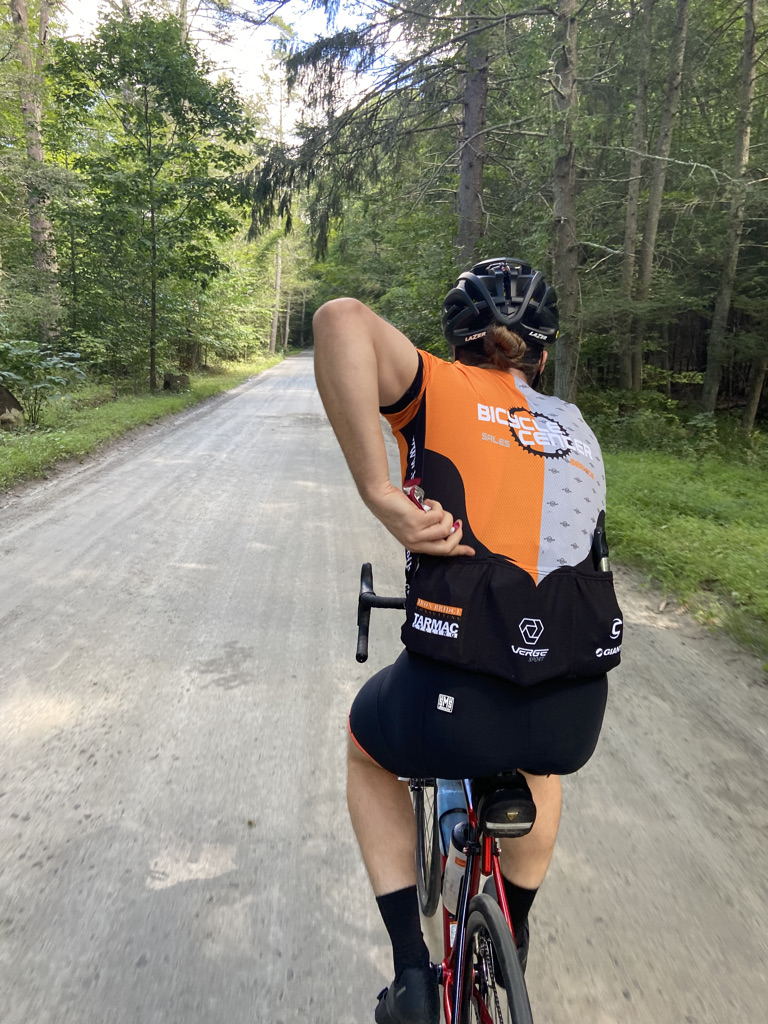 We decided that we would ride to Lake Waramaug and then have lunch at the cafe on Main Street.  Getting there, meant riding on Rt 109 to Rt 47, not my favorite. Riding Rt 109 to West Morris Road, which would necessitate a climb up Looking Glass Hill, and then some Rt 202, also not my favorite. You could bypass Looking Glass Hill and just ride up Cathole Road but that would mean having to ride up into Milton and then Flatrocks Road, which is dirt, along with a few other dirt roads over there. Instead, we rode up Rumford Road, which is dirt, to 341. If you are going to ride in Litchfield County you will invariably find yourself on a dirt road. 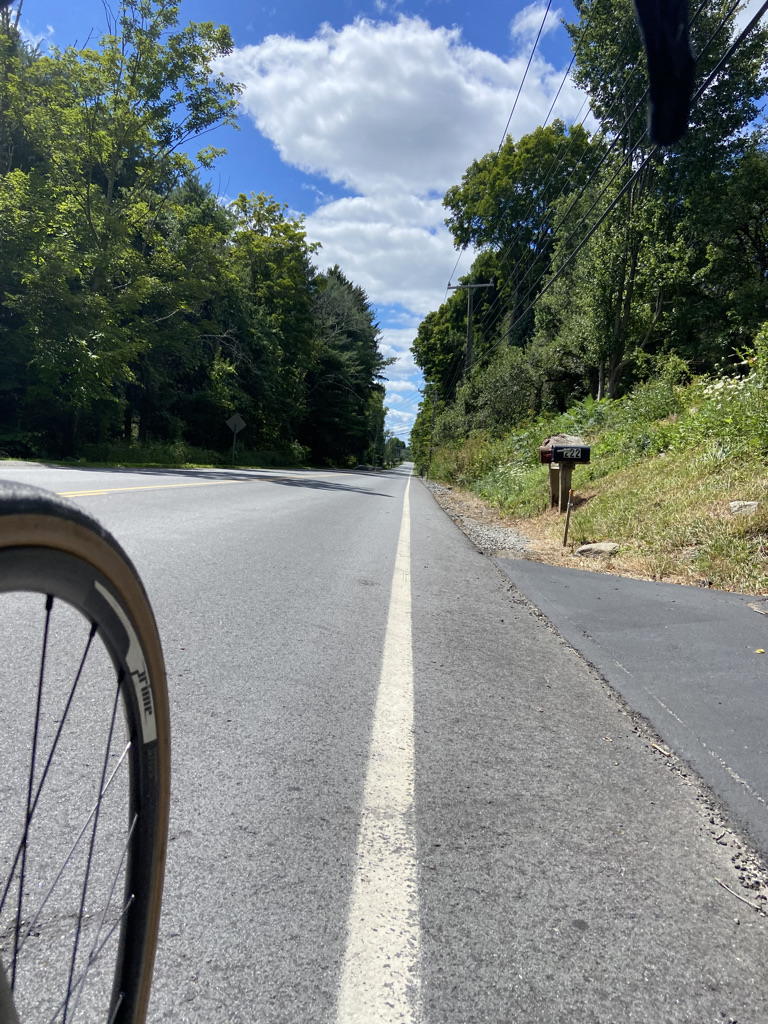 The descent down to the lake was fast and cooled us off nicely. 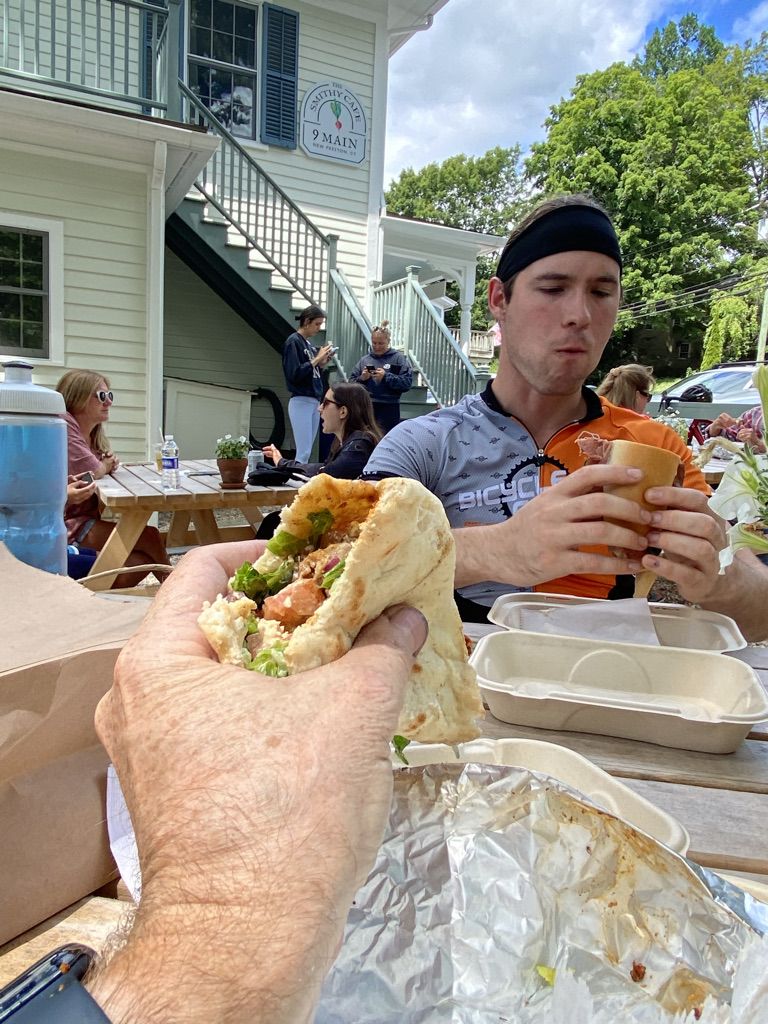 The cafe, which is now called the Smithy Cafe has changed a lot. Little to know seating indoors but the various tiered patios and new picnic tables was an excellent spot to have lunch. Marshall had the Roast Beef and Cheddar and I had the the Chicken Gyro. 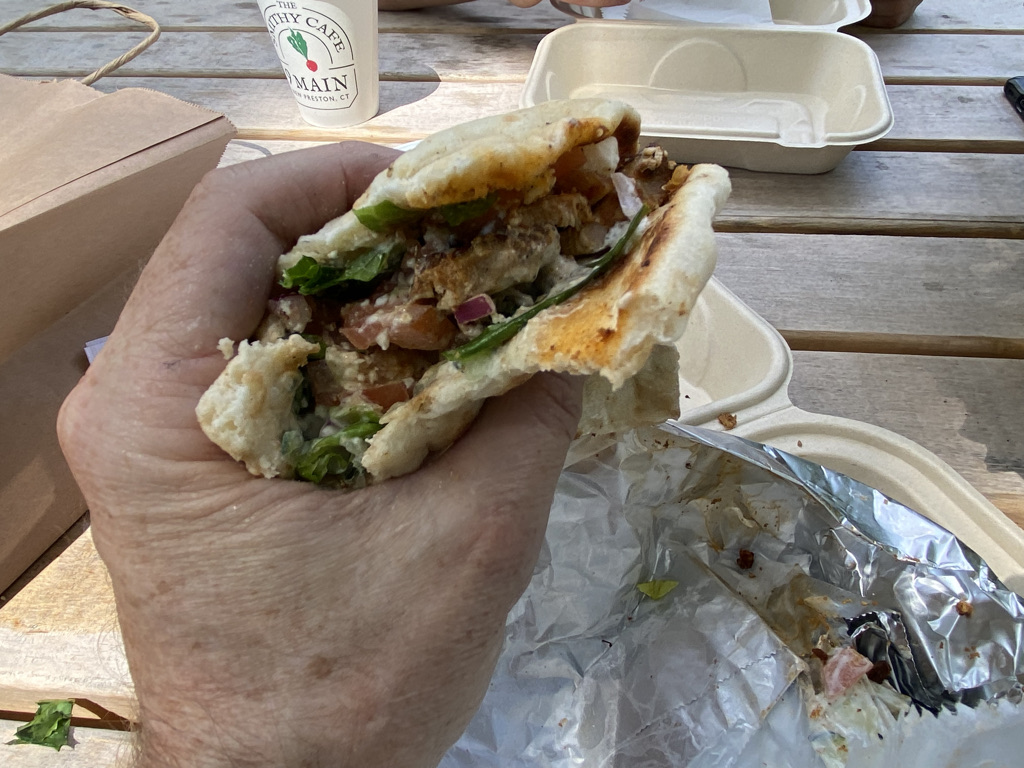 My original intention was to ride down Rt 202 to Paper Mill Road and then ride across New Milford and Brookfield on Ericsson Road but looking at the time I didn't think there was enough because I had an appointment later that day that I couldn't miss. 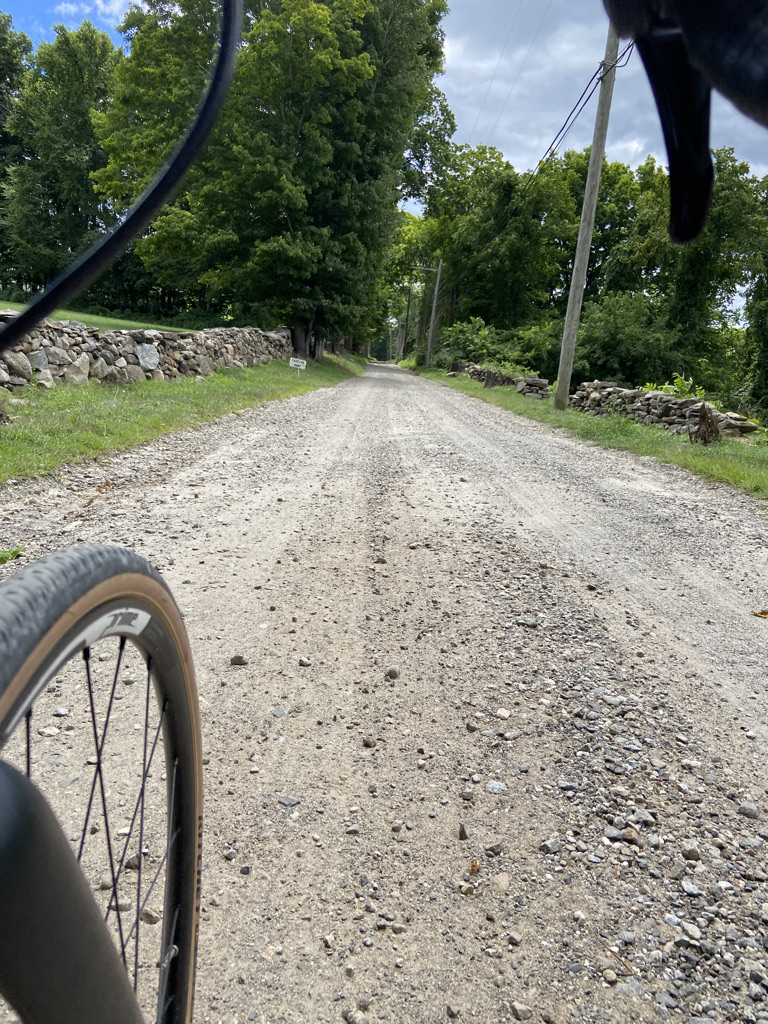 Instead, we went up Wheaton and then climbed up Upland to Crossmon Road and then to Old Northfield Road, and once again, we were on dirt. 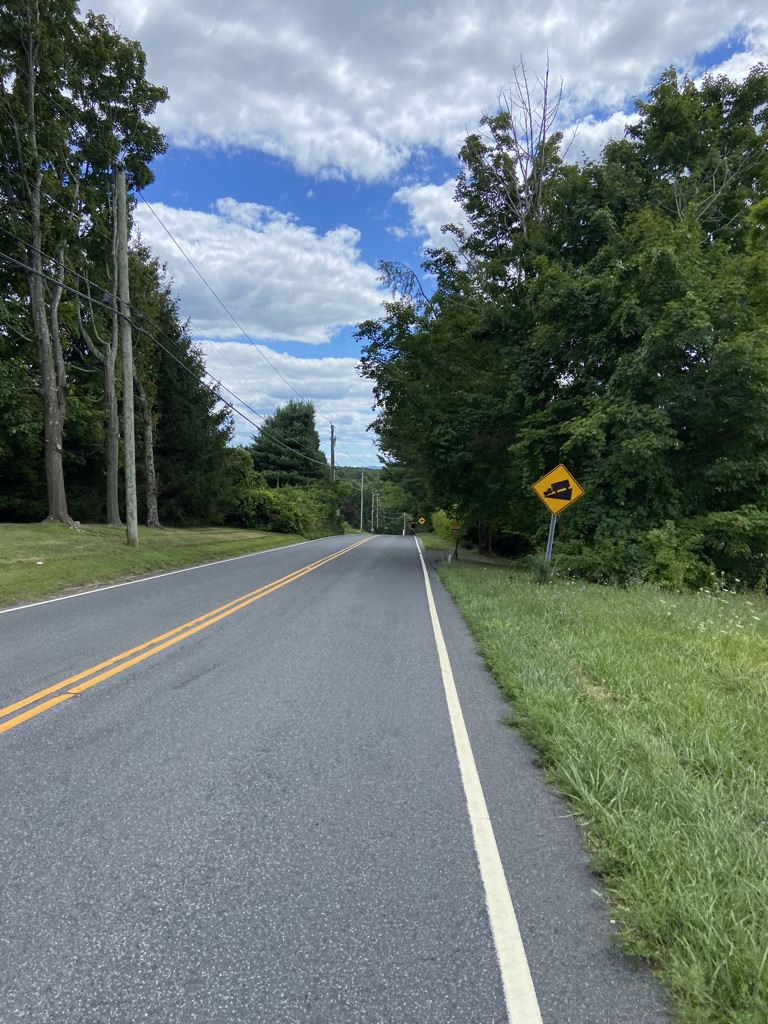 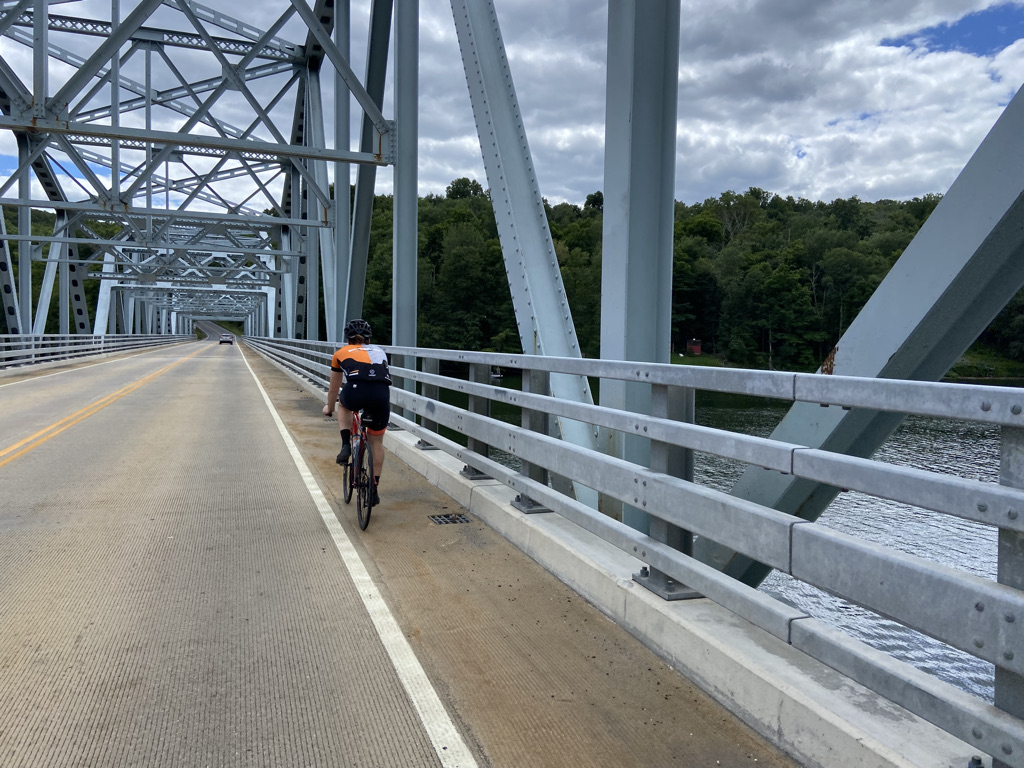