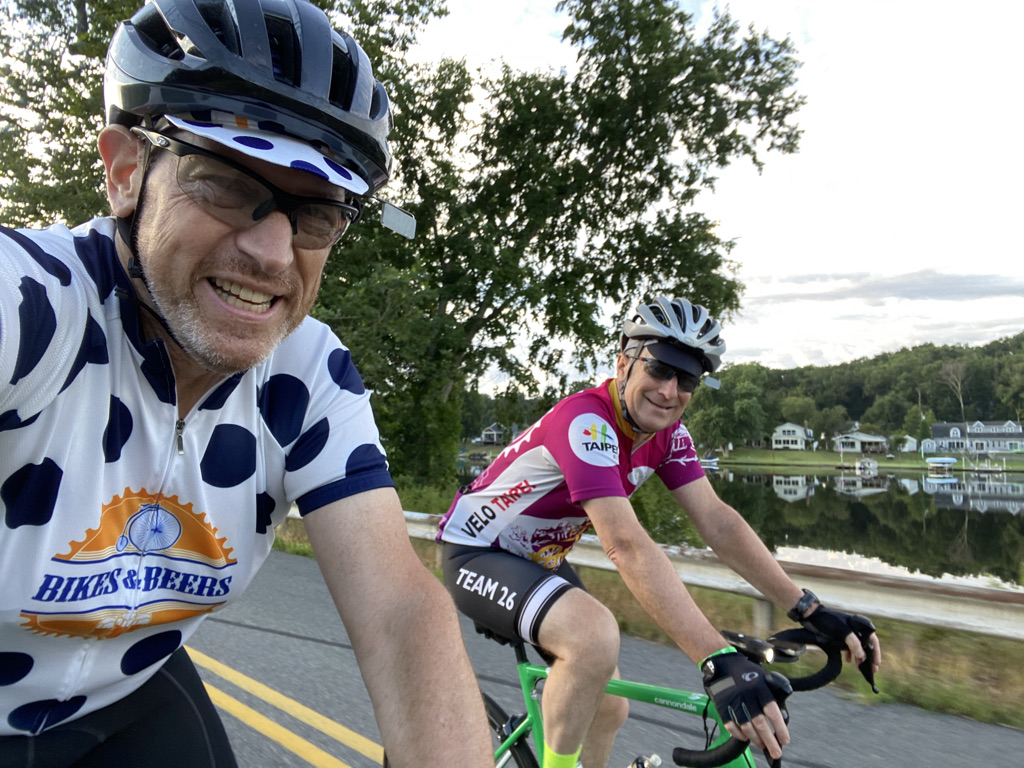 I think after a couple of days and being extra careful around my wife, wearing a mask, and staying away from here as much as possible and not having any symptoms I think I have dodged the COVID bullet. Gavin and I decided to ride to Ovens of France Friday morning. Since the Jamis was in need of a gearing overhaul I replaced my rear tire on the Waltly with a replacement that I bought while I was in Chicago but had it delivered in CT by accident. 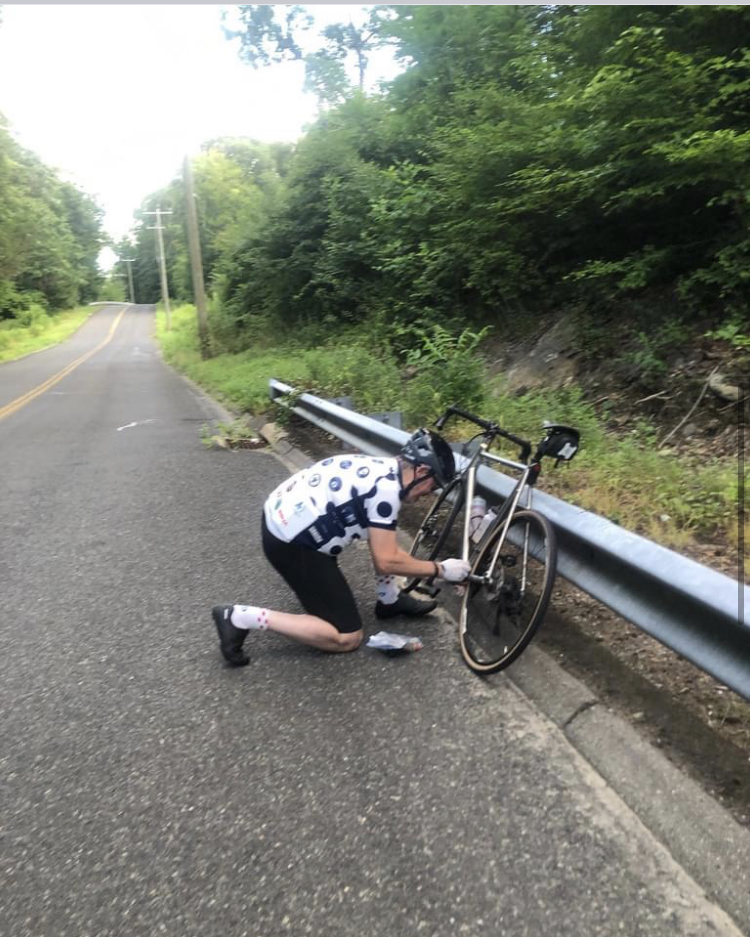 When we started climbing Purchase Brook Rd I heard something that sounded like rubbing but looking down at the tire it didn't appear to be rubbing the frame. I stopped and found that one of the clips that hold the rear derailleur cable to the frame was missing and the cable housing was rubbing on the tire. 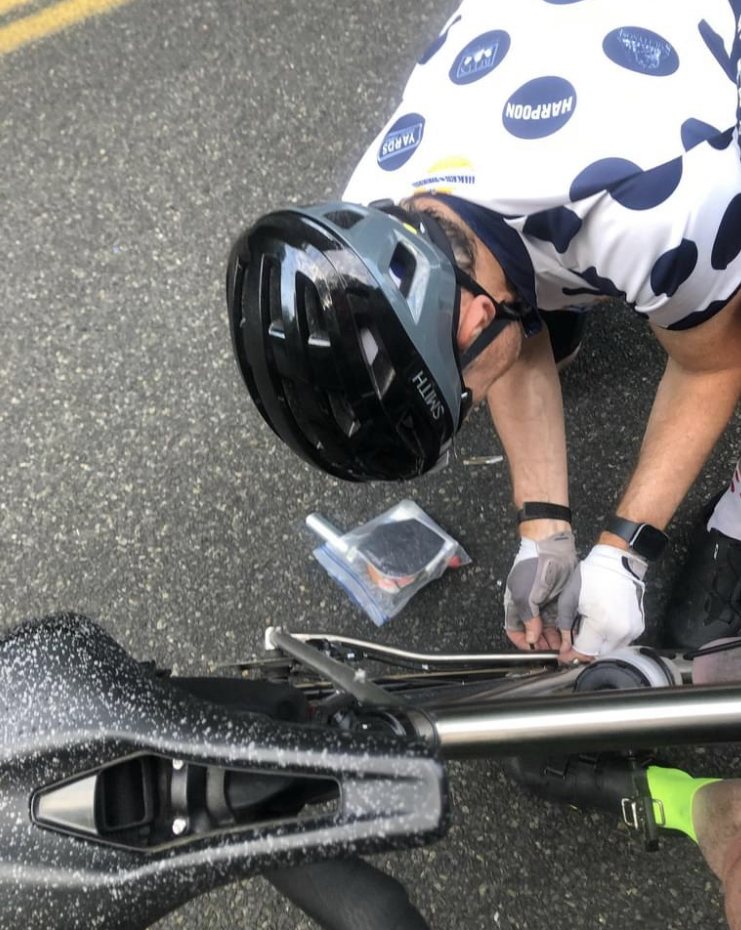 I usually carry spare zip ties on my but knew I didn't have them in seat pack so I first tried using a band aid that Gavin had given me but one of the sticky ends was messed up and wouldn't hold.  The only thing with string that I had on me was on my mask. I pulled one off and tied the cable housing to the braze on for the cable and off we went. 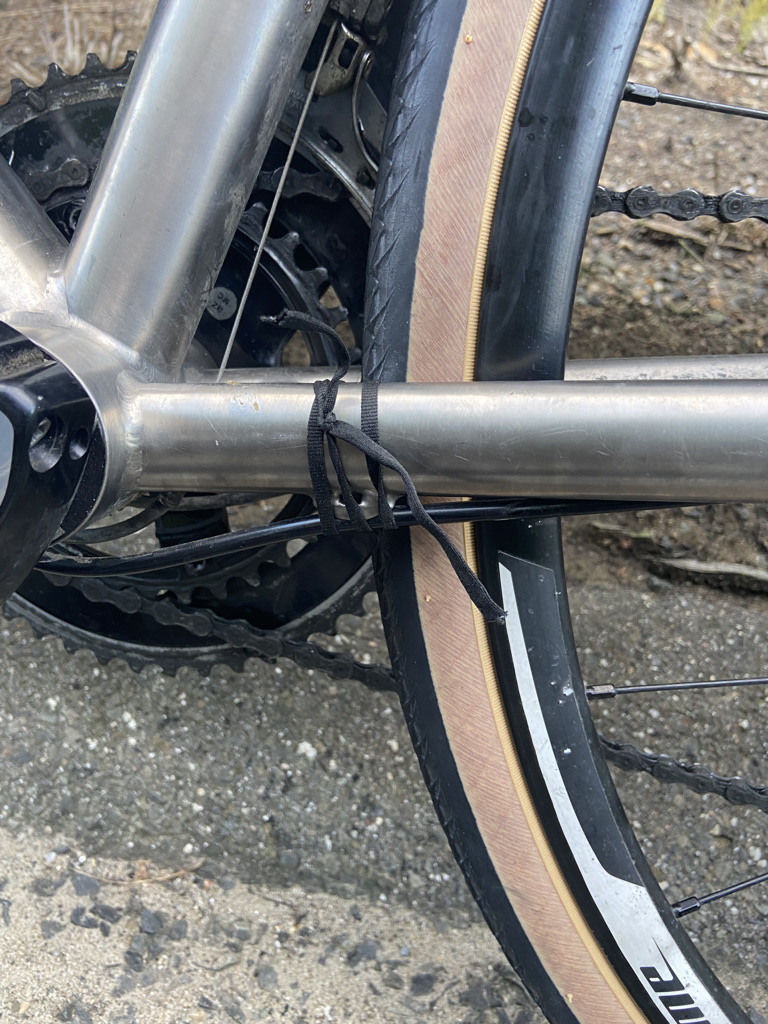 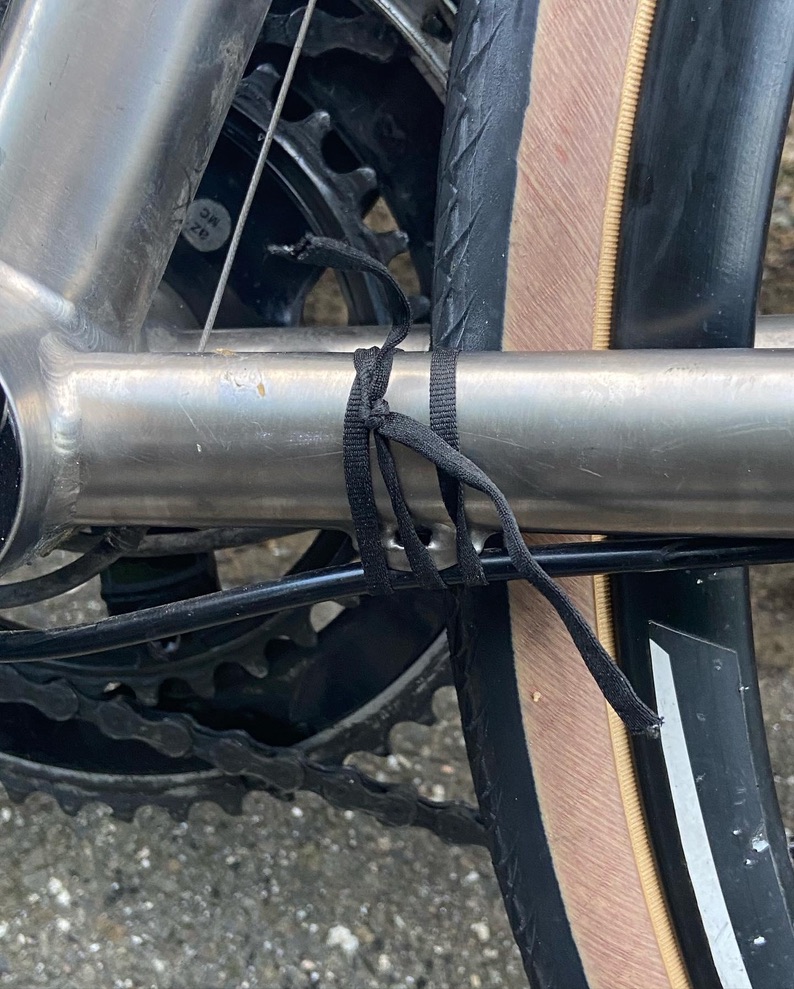 Eat your heart out McGiver! 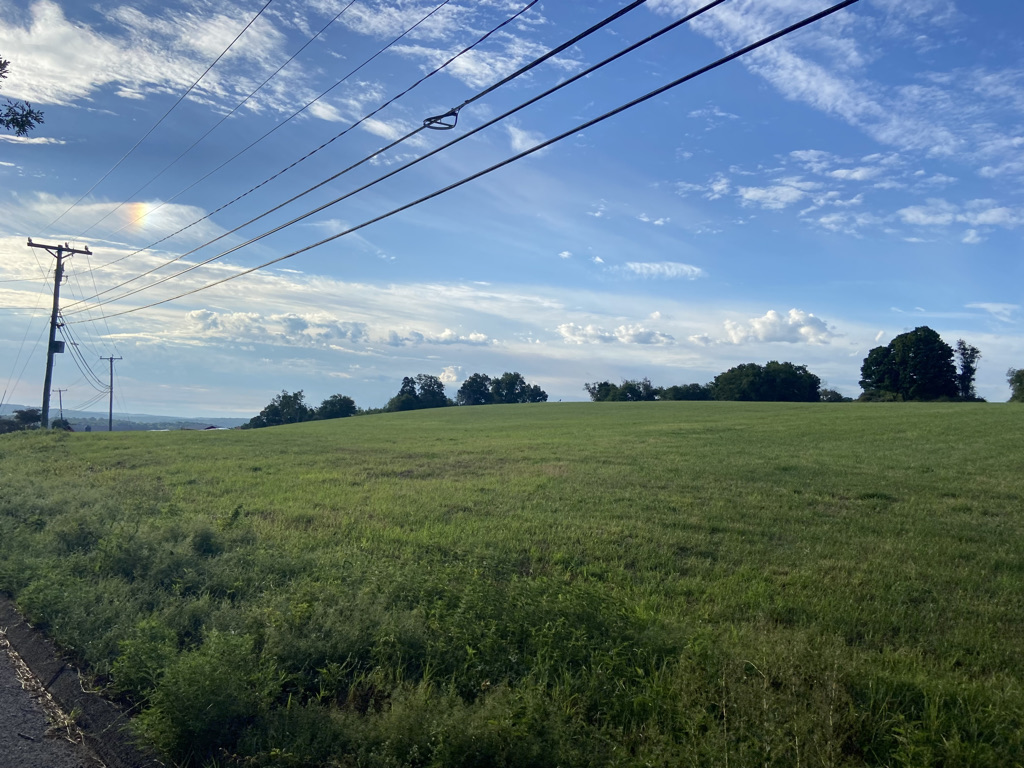 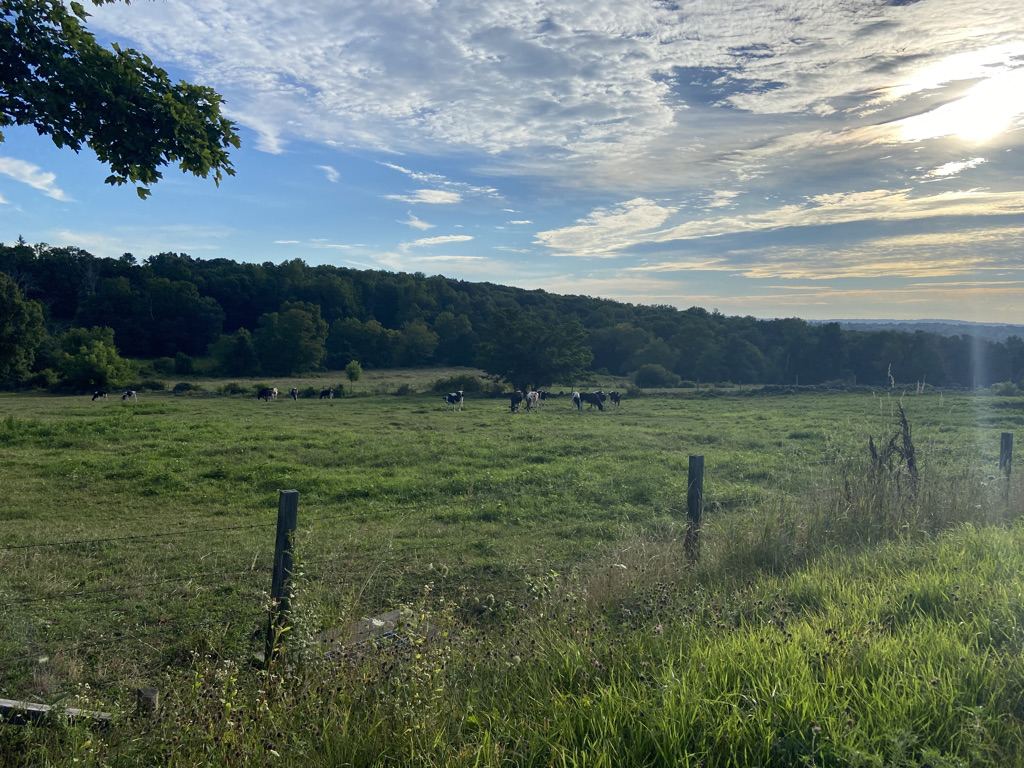 and there were cows to be seen, too. 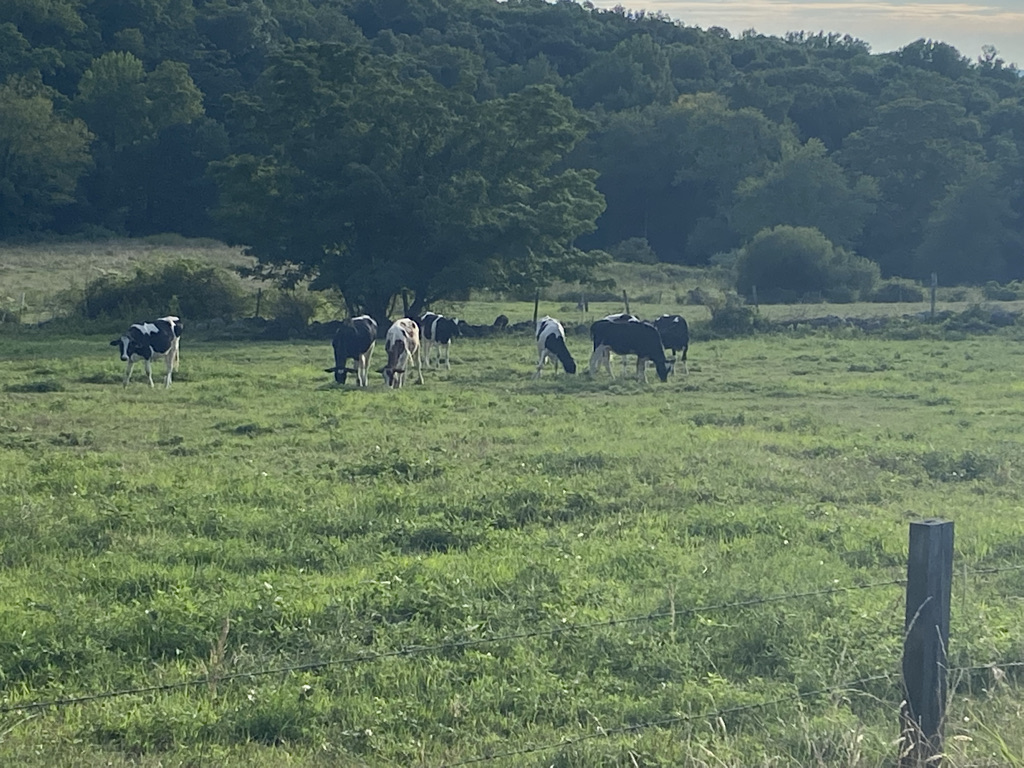 We left the cows and continued climbing up Sprucebrook Rd to Constitution Rd. After descending down to Rt 172 my front mechanical disc brake caliper started clicking again. This happened to me a two months ago on the rear caliper and I got a new brake cable because the current one was a little frayed, adjusted the cable length and the amount of pull required to engage the brake and it didn't happen again. The same thing happened in Chicago. Again, replaced the cable and adjusted the pull but shortly there after the snapping noise came back again. 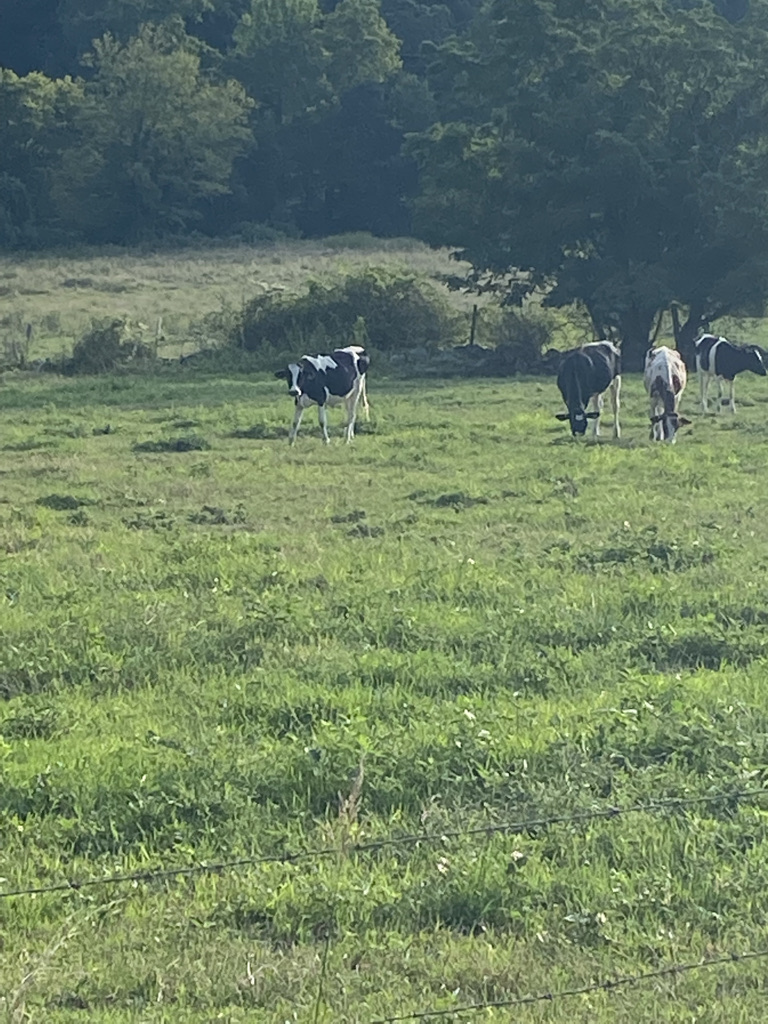 The only thing I could think of is that the was too much separation between the pads and since the pads were pretty worn down, when you pulled on the cable the spring that keeps them apart was slipping off the backing. 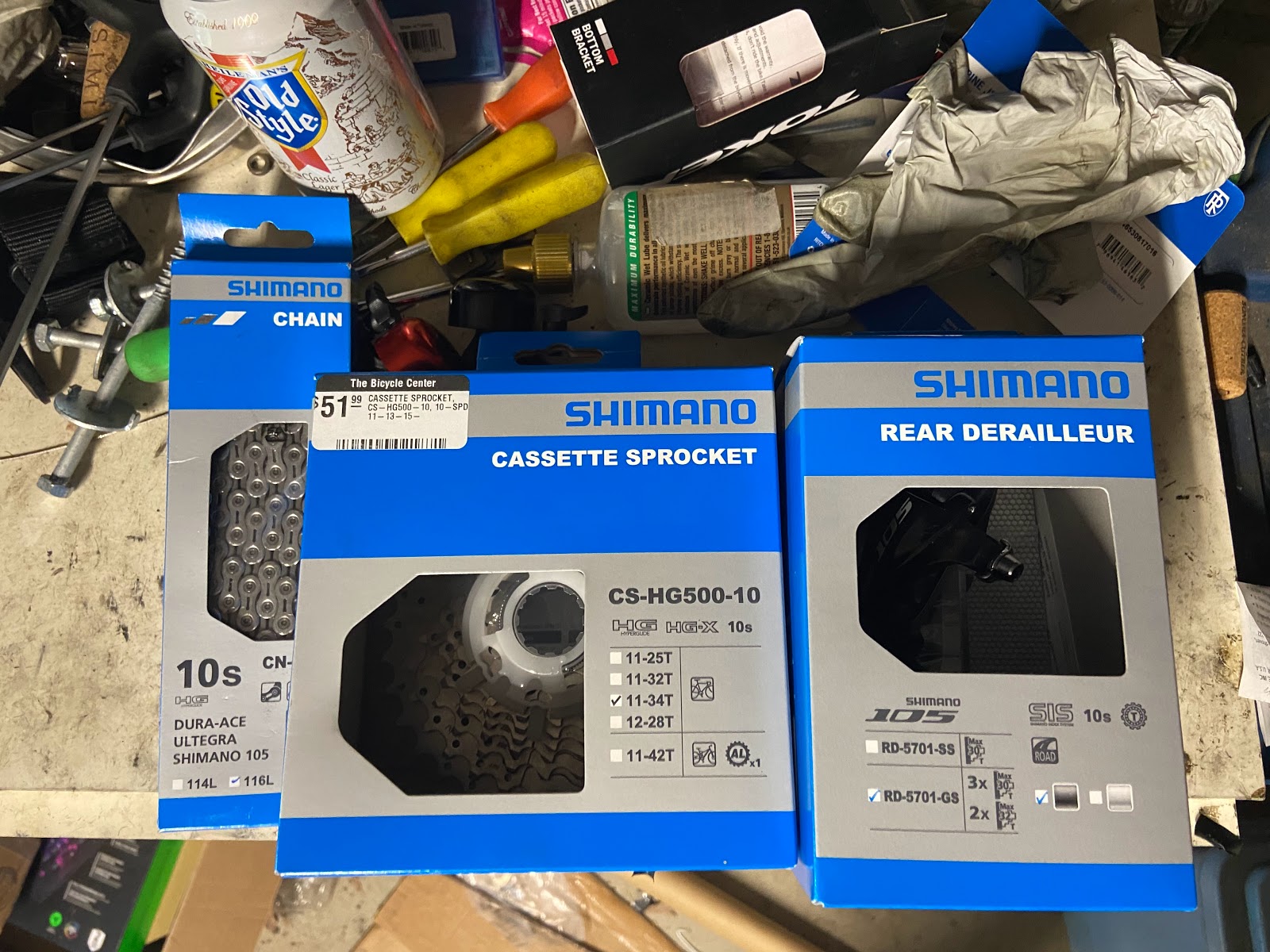 After work on Friday I headed over to the Bicycle Center and bought new pads and since I was in the market for a new derailleur for the Jamis I went ahead and bought one along with a new cassette, too.
at 1:36 PM