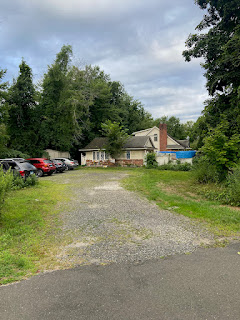 Woke up early Wednesday morning with no tell tale COVID symptoms but I did have a scratchy throat, not sore, though.  I headed out on another 30 mile ride instead for riding with my night group this evening. The Ilumenati asked me to stay away from them, too, as some of them don't have the best health insurance. 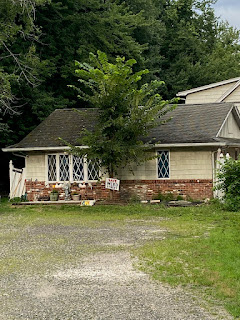 I was heading up Tunnel Road, just after crossing over I-84, there's this house on the right that always has a MINI Cooper parked in the driveway, and I remembered that the house was for sale earlier this spring. The absence of the sign probably meant it sold but what stuck out to me, besides the missing MINI, was the Save Weed Street sign in the front.  I wonder if the new owners are New Canaan refugees. 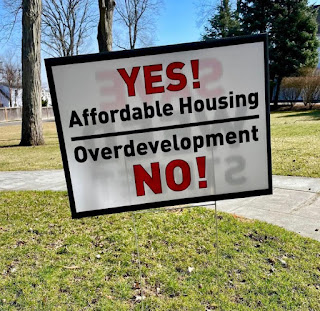 Save Weed Street is a campaign that some people in New Canaan started when a developer wanted to take an estate on Weed Street and transform it into a 102 unit development consisting of 47 one-bedroom units and 55 two-bedroom units. This monstrosity will be crammed into a small lot surrounded by single family homes. That would be a total eyesore as it would rise above the town where it would sit on a ridge above the town center. 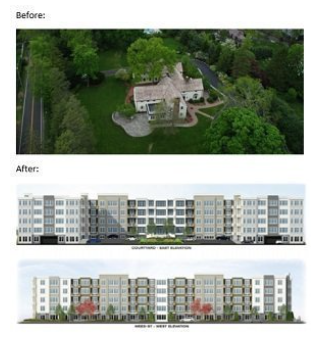 Builders are using a loophole to slam more units into their developments because towns in Fairfield County have very little affordable housing and it's a state law requiring towns to have a some percentage of affordable housing available, which most of them do not. We have this problem where I live in Newtown so I can empathize with the folks from New Canaan. Unfortunately, it also reeks of class separation where the rich and mighty of New Canaan don't want low income housing in their town.
at 3:00 PM