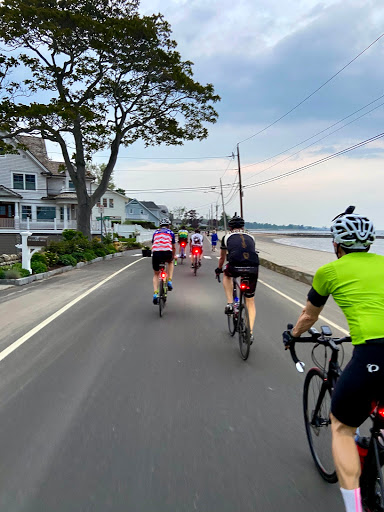 This Illuminati ride started from the Gaelic-American Club in Fairfield, CT and again a little earlier due to the pending weather situation - strong thunder showers were predicted for the early evening hours.

Since we were riding along the shore I brought JustGoodBeerSS to the party and I wondered if I was going to be able to keep up. I could have used a little more gear for the flats but for the two little hills we had to climb I was able to get up them without any worry. 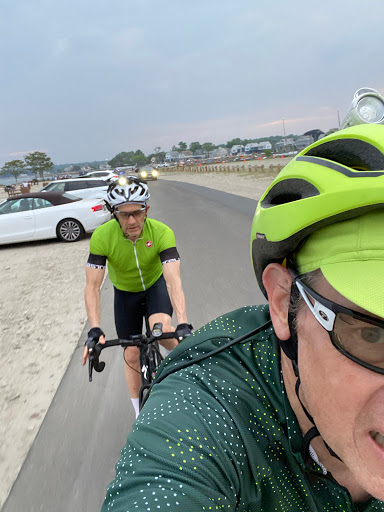 By the time we got to Longshore and saw a big lightning bolt strike, probably in Stamford, it was time to head back to Fairfield. We tried to sneak in a loop through Sherwood Island but was we pulled up to the gate they were putting up the barricades. 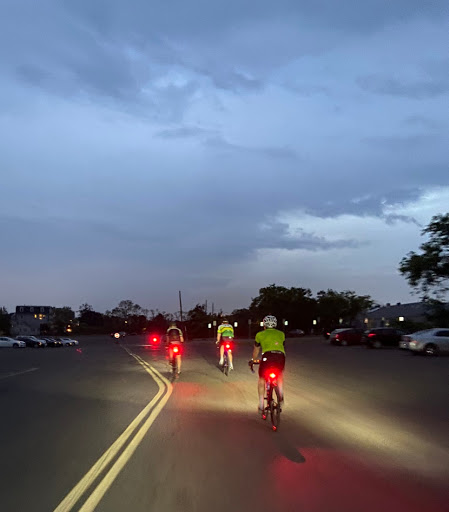 We felt the first drops of rain crossing into Fairfield from Southport and by the time we got back to Reef Road we were still short about a mile and a half short of the prerequisite 30 miles. The drops got a little bigger but they didn't intensify so we kept riding until we hit our goal.
Getting back to the cars we put our bikes away, a few riders needed to get home, but the rest of us hit the club for a couple of Smithwicks. We were the last to leave.
at 11:30 PM