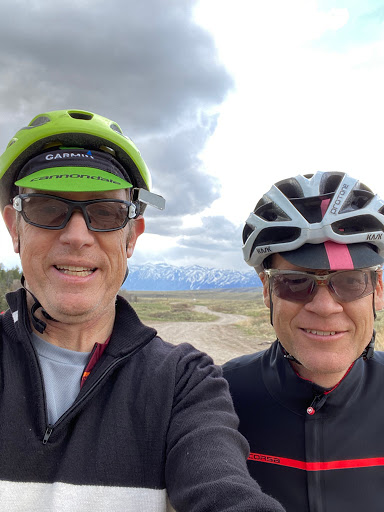 Originally, I wanted to ride the causeway along the Snake River to acclimate to the altitude but found out that it doesn't really go through. There is a trail but it's on private property and trespassing is taken pretty seriously around these parts.  Fitzgerald's suggested a ride through the Elk Preserve. It's an out and back but there's a little climbing and they felt it would be a good opener, so off we went. 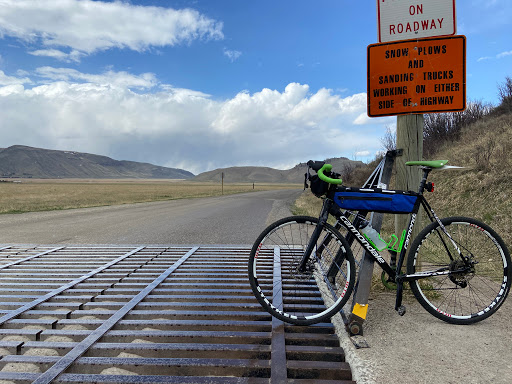 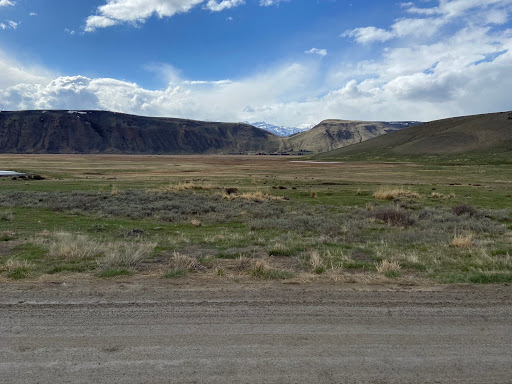 At higher elevations it was actually snowing 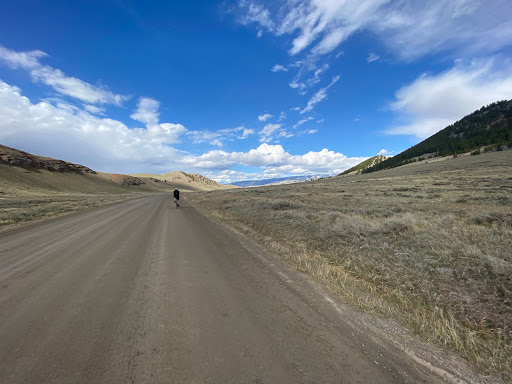 The road starts out as smooth dirt 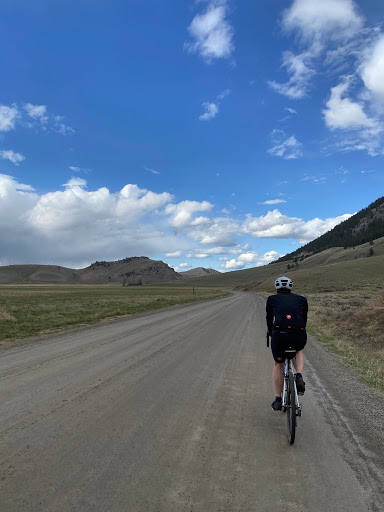 and the views were spectacular What we didn't realize was that the wind was coming up from the southwest and we were riding northeast so when we turned around there was a big shock, as well as more weather to ride through. 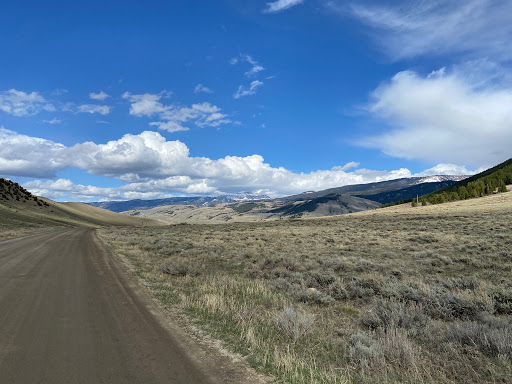 When it was sunny, it got hot 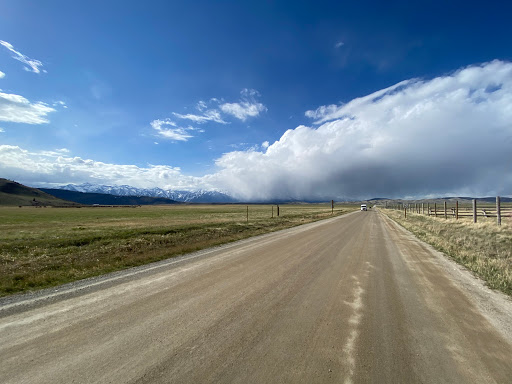 but it felt really good. When the road turned north the gravel got rougher and dustier the rougher the gravel, slower we went, even with the wind at our backs 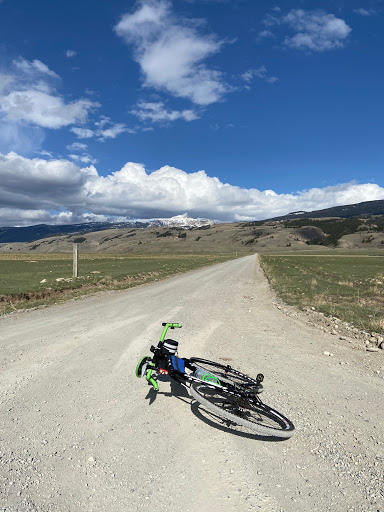 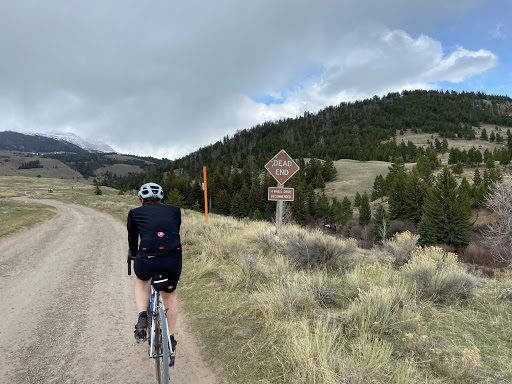 When the road started climbing it smoothed out some and we got a glimpse of the Sleeping Indian. 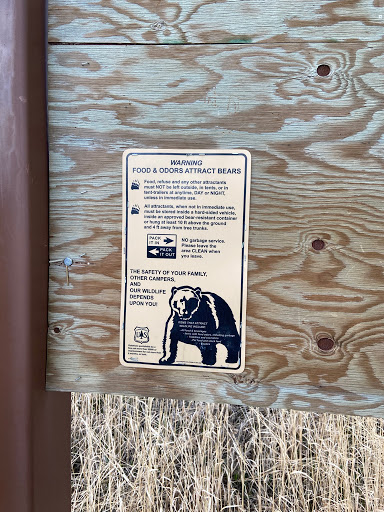 At the end of the road and the start of the 4x4 trail there were numerous signs warning of bears. 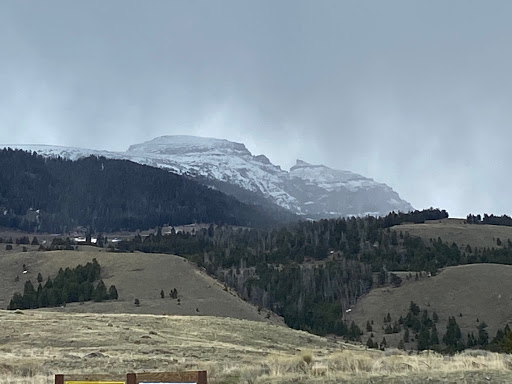 A close up view of the Sleeping Indian 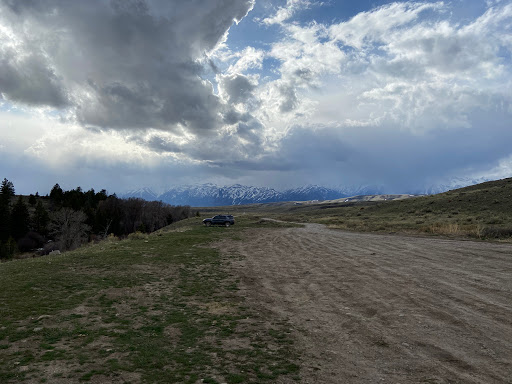 Looking back towards the Tetons and Jackson, WY 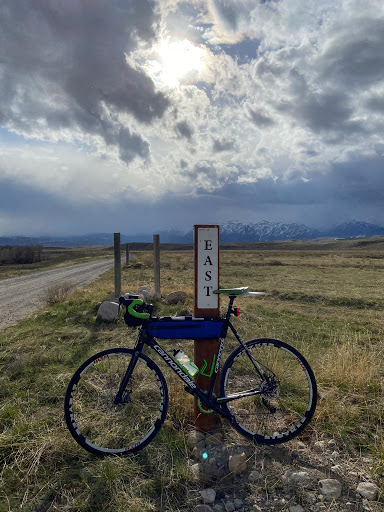 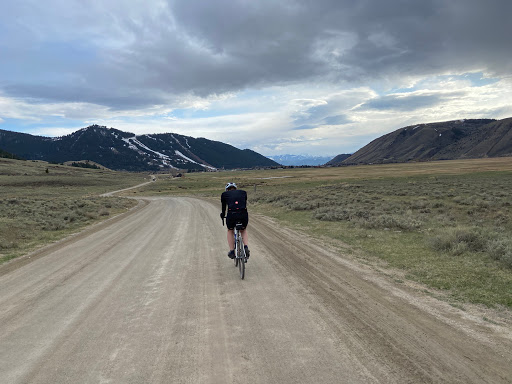 The ride back to Jackson was windy and cold, with a few sprinkles, too.
at 11:30 PM