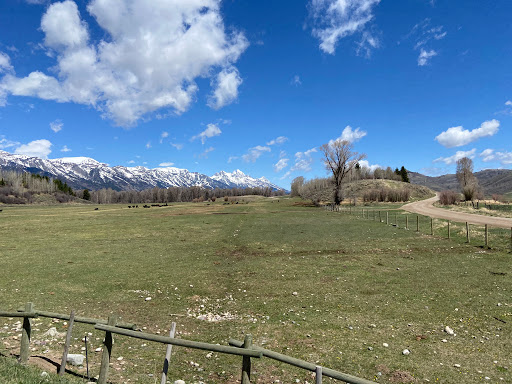 The Grand was finally visible at the start of our second ride of the trip. In my internet reconnoiter of I came across a road called Falls Creek Road and the bike shop confirmed there was a good section of dirt on it, too. 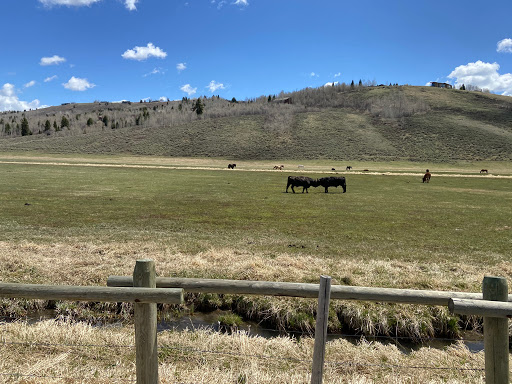 We saw some bulls butting heads along the way 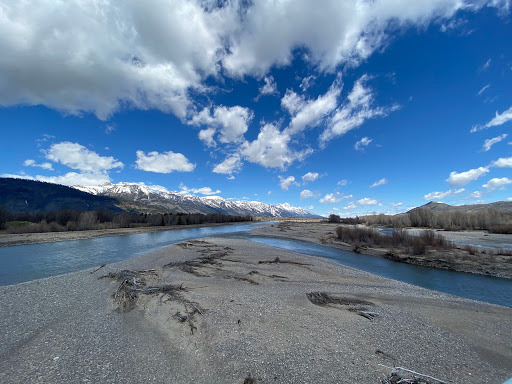 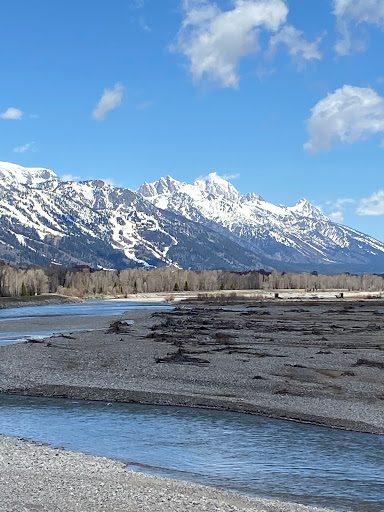 Seeing The Grand stole the show 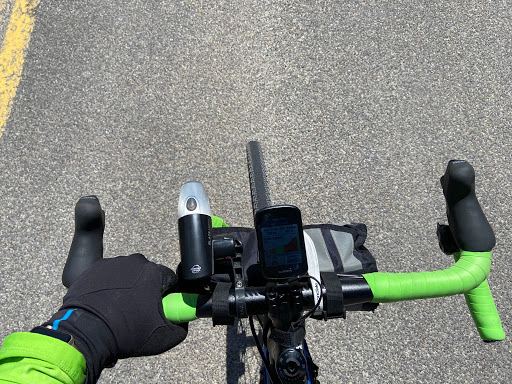 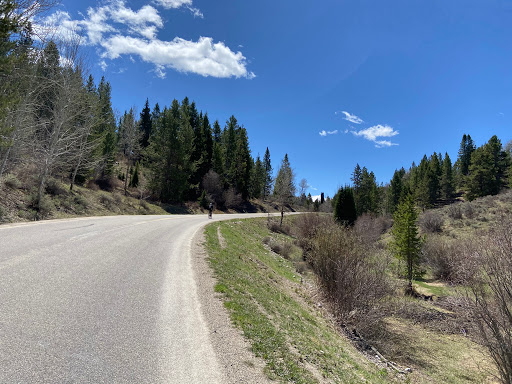 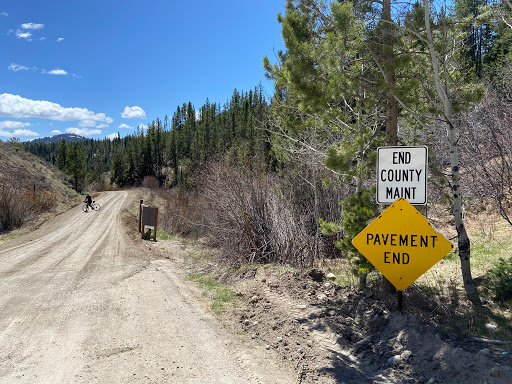 Then the road turns to dirt 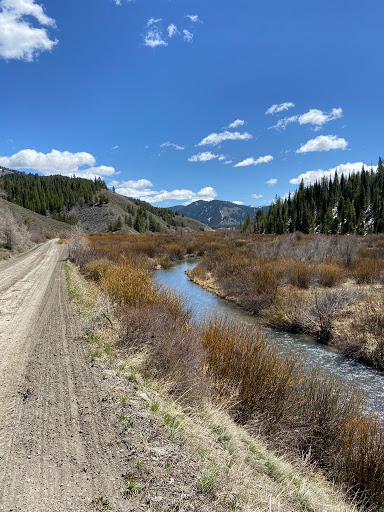 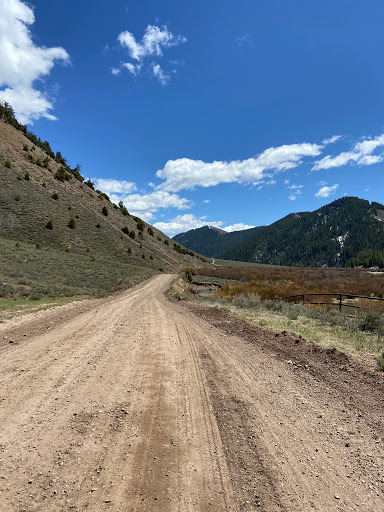 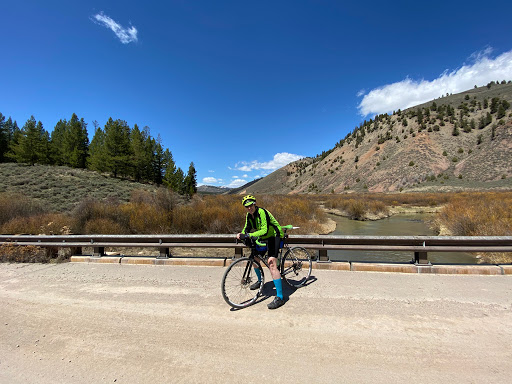 We crossed over the creek we were following 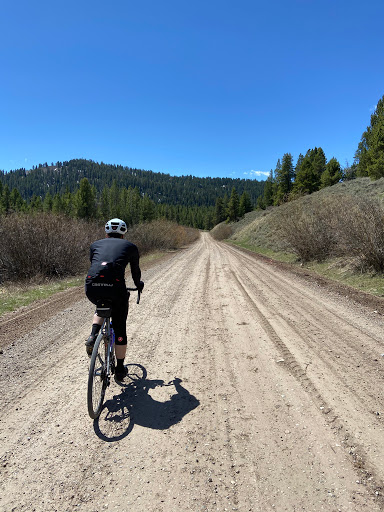 and then the big climb started 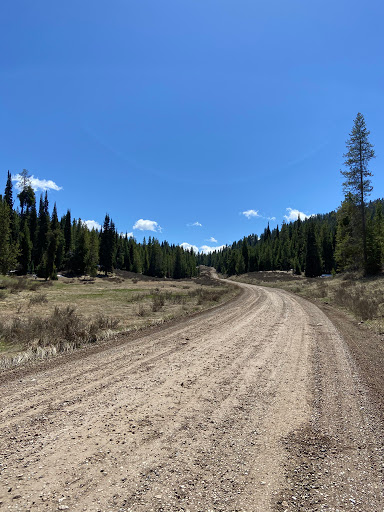 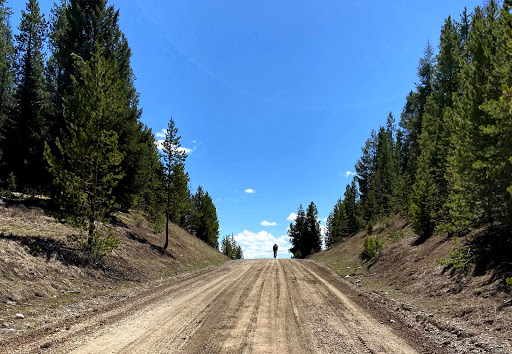 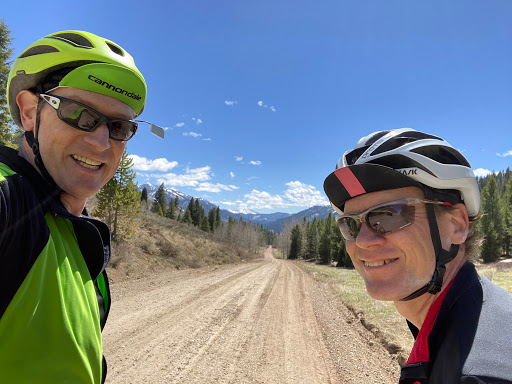 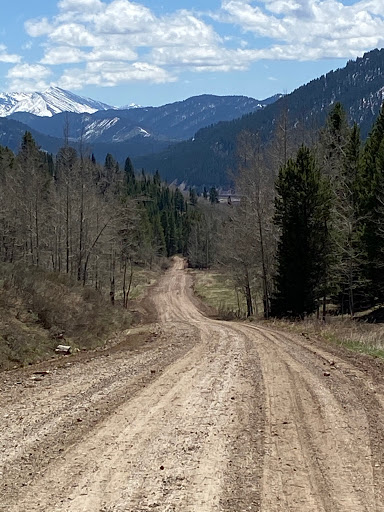 It was a tough descent 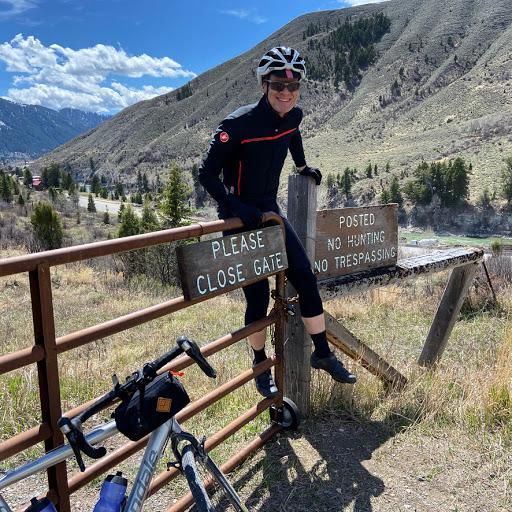 We stopped in Hoback for lunch after learning that the road that I found on the map didn't go through again.  After lunch we were on another road that was blocked by a gate so we had to climb over it. 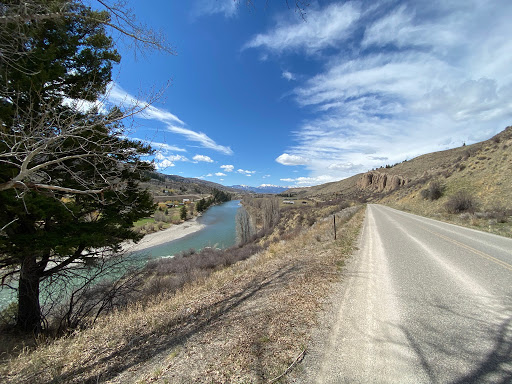 and you can see Teton Pass quite nicely from this point 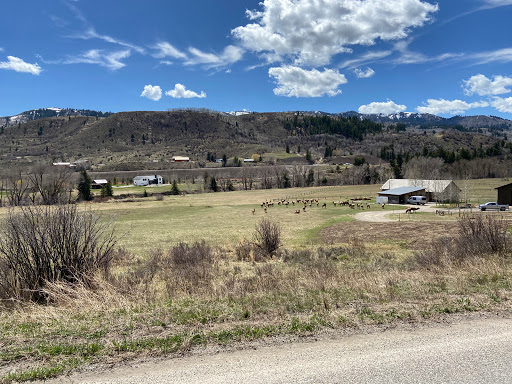 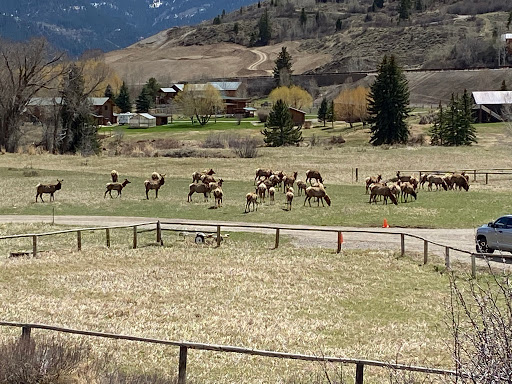 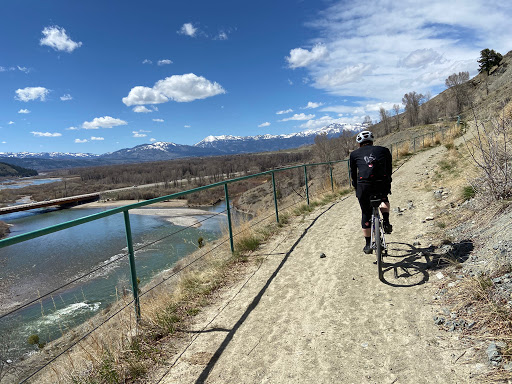 Old Route 89 turned into a trail 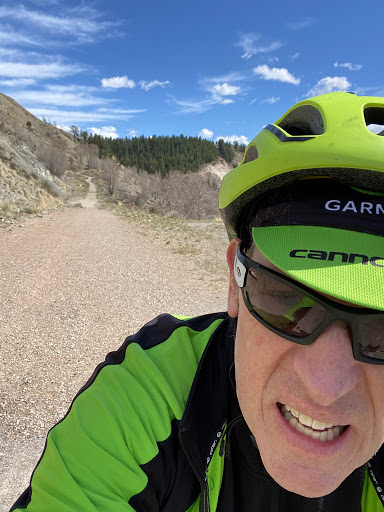 which gave us a bit more dirt 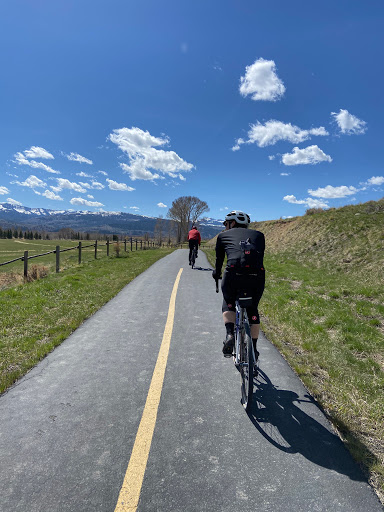 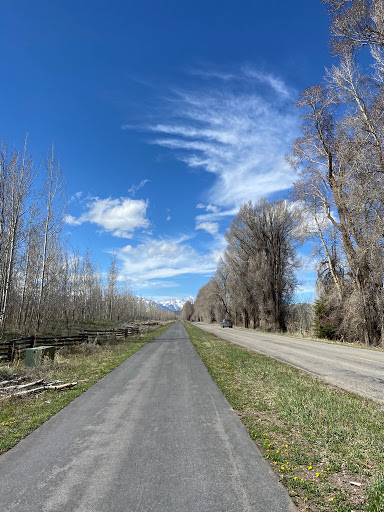 Last view of the The Grand from the Cycleway 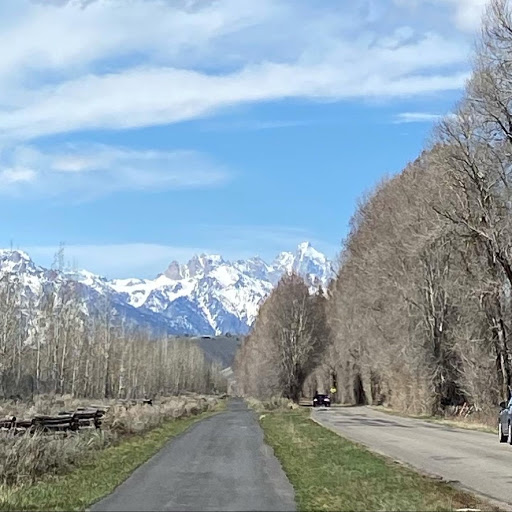