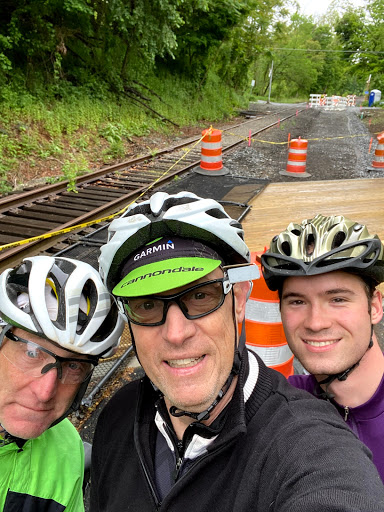 There's a new rail trail that essentially connects from the Connecticut State Lane (almost) to Hopewell Junction that is actually a Rail with Trail. We met at the Exit 1 Commuter lot on Memorial Day and headed west on Rt 202 looking for the entrance and we finally found a way using Joe's Hill Road in Brewster. Granted the trail here is still under construction and by the looks of things appears that it's going to go to the State Line. 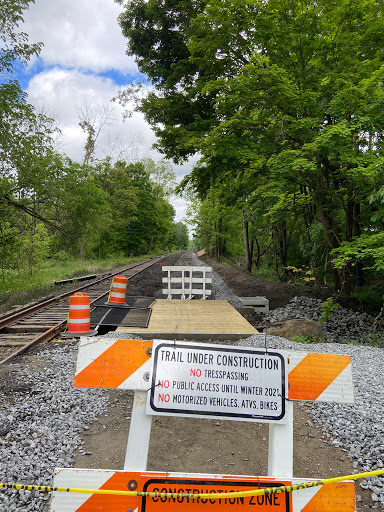 As you can see in the picture above looking east that construction is continuing towards the state line. A friend of mine told me that NYS is taking it all the way to the Farington Property which happens to also be a great location for mountain biking.  I did call the City of Danbury and spoke to the director of Parks and Recreation and he said that the city has no plans at this time to continue the trail. In fact the director had no clue about what it was even. It's unbelievable that this isn't on anyone's radar. We headed west on this section prior to Brewster and it was amazing but then again it's technically still closed. We had to walk 100 yards to get to the paved section from Joe's Hill Road. 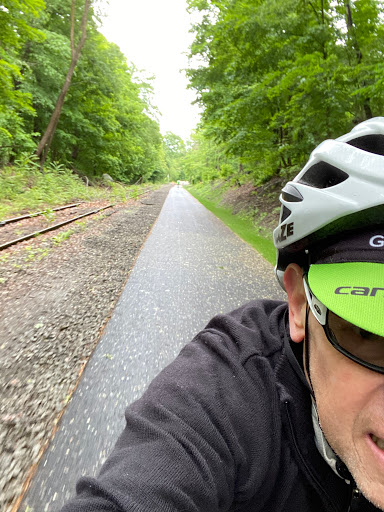 I brought the singlespeed because it's the perfect bike for riding rail trails, although, I could use a little more gear. Also, it has fenders and the rain had stopped earlier this morning and sections were still very wet. 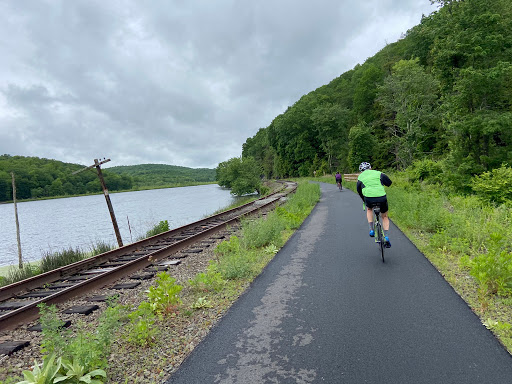 The trail goes into Brewster but it's blocked because of the railroad trestle that cuts through the center of town, so you have to walk down steps and follow the road for a bit. We missed the sign that would take us back to the trail and ended up picking it back up on the other side of town. 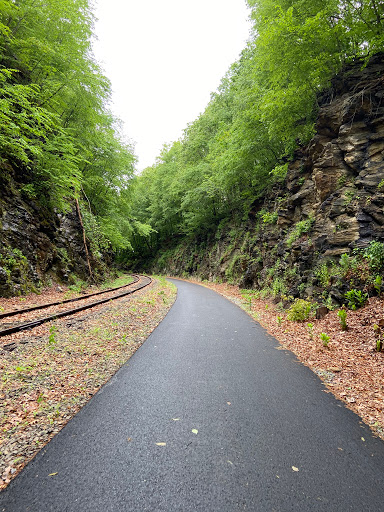 The trail is very scenic, there is very little signs of development along the way once you leave Brewester. Scott turned around when we had gone 15 miles because he had somewhere he had to be midday. A quarter of a mile down the trail we ran into Steven, Gavin and Brian (fellow Newtown Lunartics) who had started earlier and were on their way back. 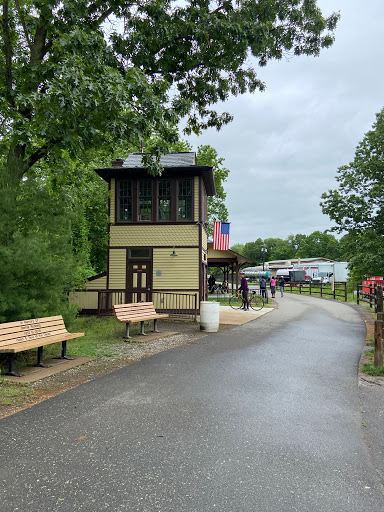 Marshall and I rode past Hopewell Junction and rode to the outskirts of East Fishkill to get to 31 miles before turning around. 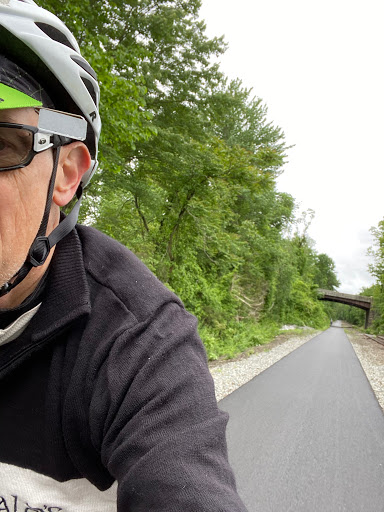 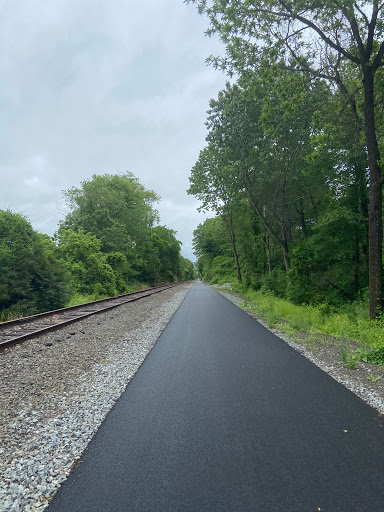 The section from Hopewell Junction to Stormville is really straight 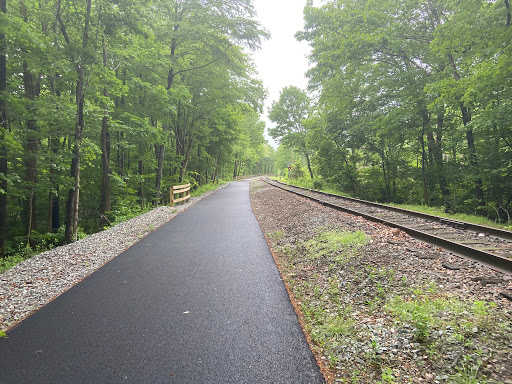 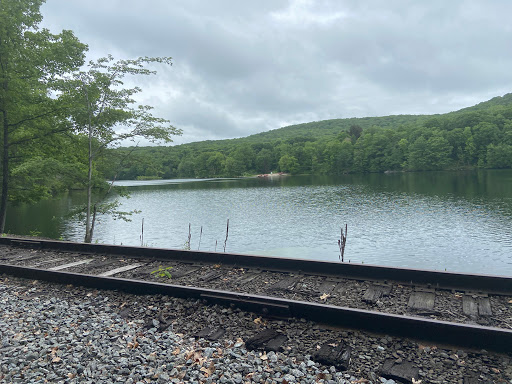 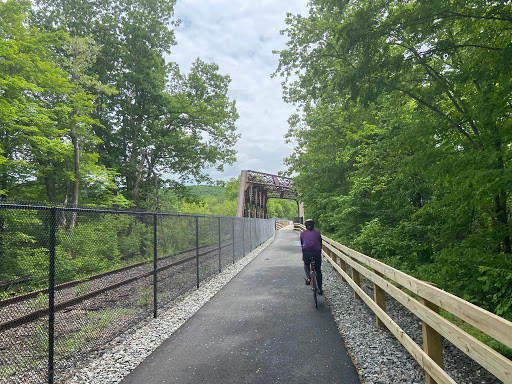 I caught up to Marshall finally, he slowed down, and after we crossed the trestle over the Wassaic line a train thundered past heading to Southeast 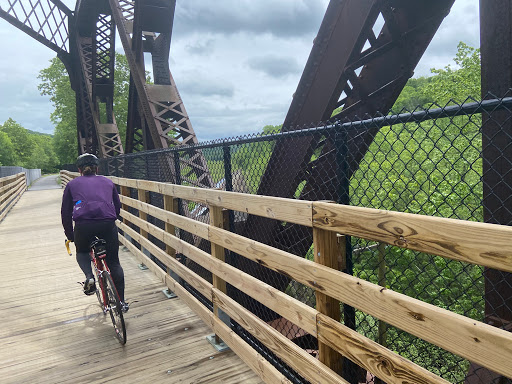 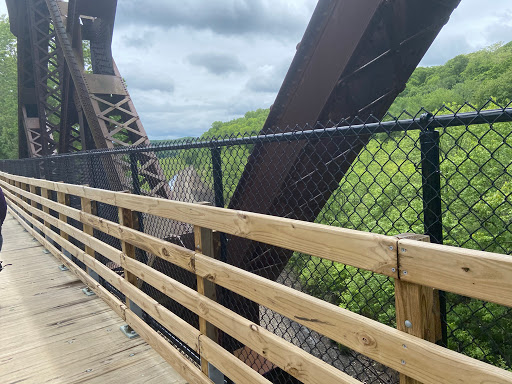 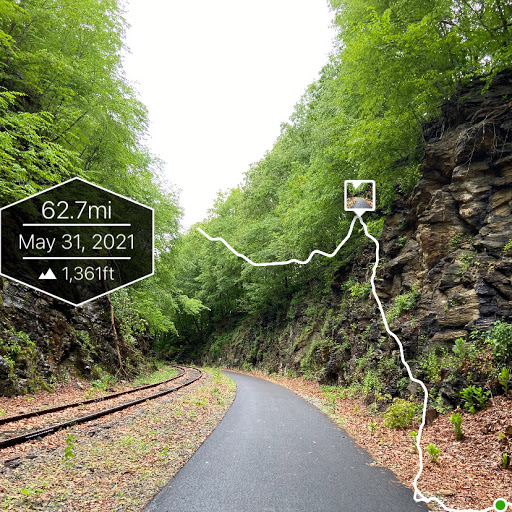