The weather boffins predicted a break in the rainy weather on Saturday around 3 PM and Mike and I were batting around different ride ideas earlier in the day but didn't come to any conclusions. I started rebuilding the CAADX and just happened to check my phone at 2:45 PM and discovered that Mike and Marshall decided to do a gravel ride from the Roxbury Market at 3:15 PM.  I told them I would meet them and got hopping.  Roxbury Market is a 10 to 15 minute drive from my house. 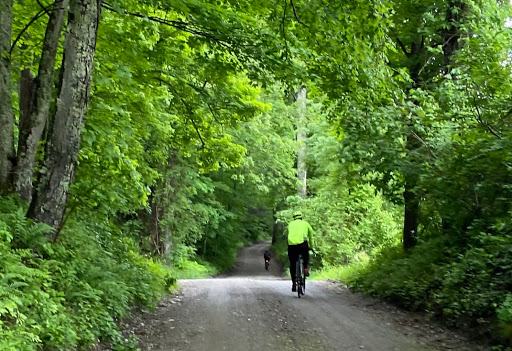 I threw on a pair of bib shorts, a long sleeve base layer and a long sleeve jersey, grabbed a vest and my cycling rain jacket and drove like a bat out of hell to the Market only to get stuck behind someone on the road to Bridgewater who decided they should drive the speed limit the entire way to Route 67.  I got to the Market at 3:15 and was rolling in 10. I love that I live so close to some of the best dirt road riding in the State of Connecticut.

Mike said he wanted to ride up Walker Brook Road and I suggested that we climb Judd's Bridge since the climb would really warm us up seeing that it was 45 degrees out. Mike argued that we agreed to keep this ride Gabby, meaning avoiding all unnecessary climbing. 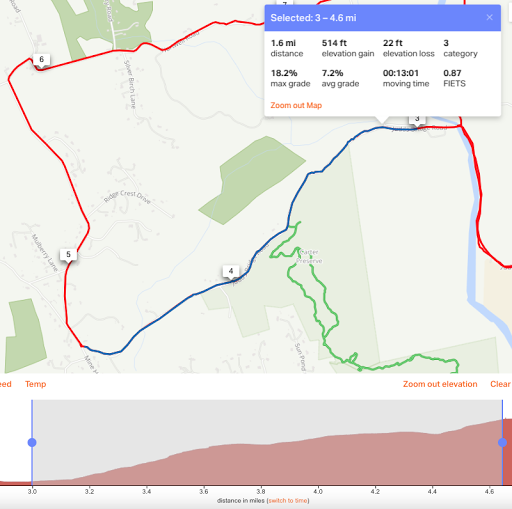 I argued that you cannot ignore Judd's Bridge - it's this area's signature climb so Mike gave in and up we went.  We quickly lost sight of Marshall, but what do you expect from a 23 year old with puppy dog energy and by mid hill I was sweating and wishing I had taken my rain jacket off before tackling this hill. At the top of the climb, the snivel gear came off. 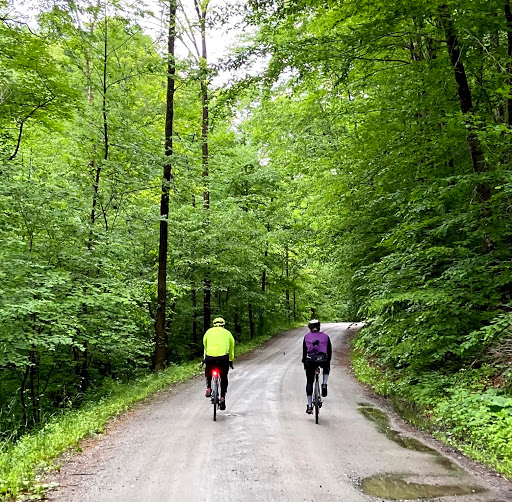 We descended Hartwell Road and then started riding up Walker Brook. All the recent rain and it's flatter terrain made the road a lot softer and harder to ride. 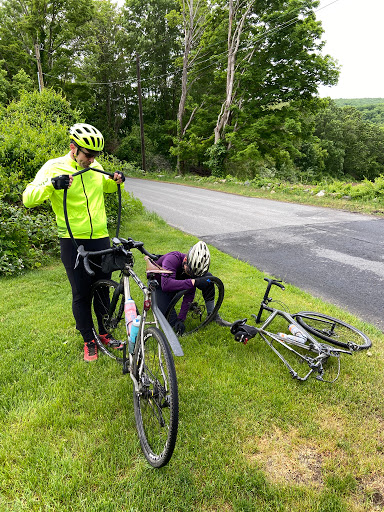 By the time we got down to Wheaton, we saw that Marshall's rear tire was getting mushy and stopped to fix it. He brought everything to make the repair except for a tube. Mike and I both ride with 2 tubes each so that wasn't going to be a problem. 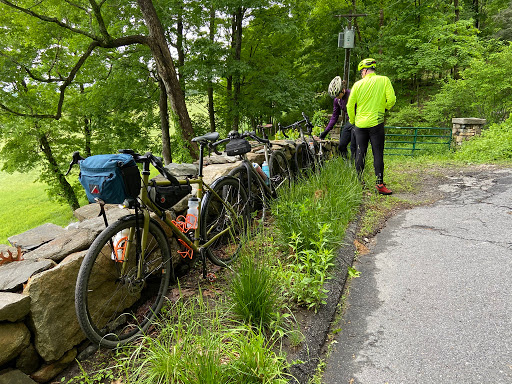 Unfortunately, a 10 gram CO2 cartridge didn't give Marshall the inflation pressure he was looking for so after the Whittlesey climb we stopped at The Money Shot overlook to fuel up and put some more air in his tire using my mini road pump. 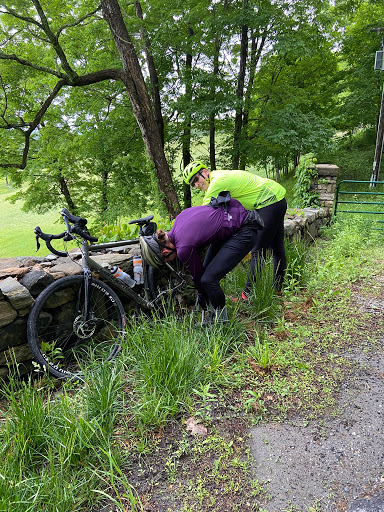 It took a village to get the tire inflated to his satisfaction. 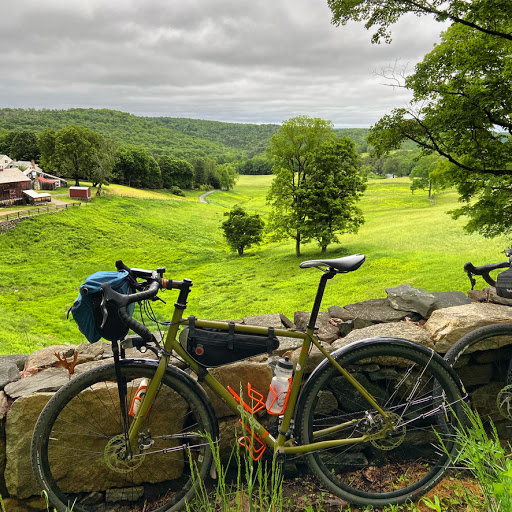 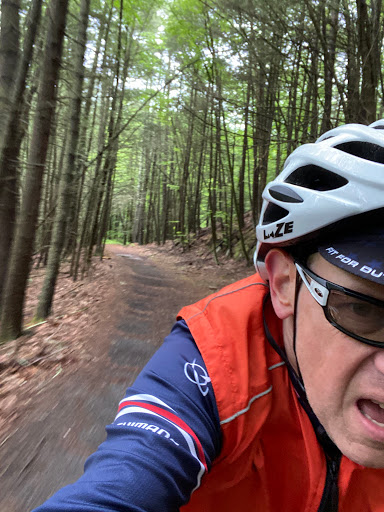 Then we rode down into Romford and picked up the Shepaug Railroad bed heading south. It was a mixed bag. Standing water on some of the trail, dry in others, a few big puddles that riding through having fenders on made it easy and some mud in the usual places. I ended up mired to the axles at one point but was able to put a foot down on solid ground and extract the bike. Since I was at the back, Mike and Marshall disappeared and I finally caught up with them at the parking lot. We made our way through Washington Depot and then over to Steep Rock.  As in Hidden Valley, Steep Rock was totally empty and we only saw two groups of people. 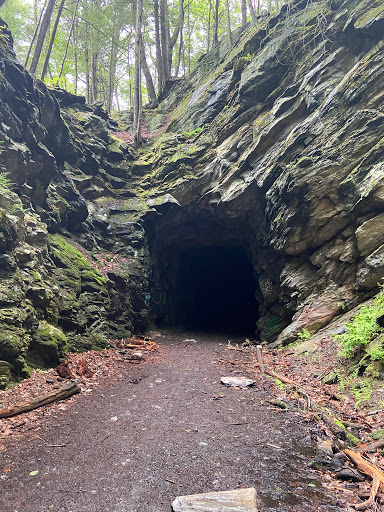 The entrance to the tunnel was less muddier than I expected 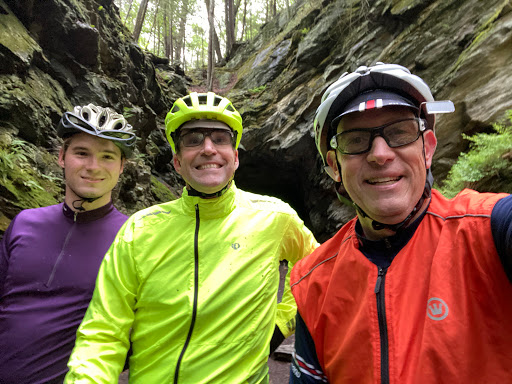 We stopped for a quick selfie and then pushed on. Making the transition from the railroad bed to the little singletrack connector to the access road I stalled out and fell hitting my elbow and hip but it didn't really hurt and my ego was more bruised than anything because I usually clean this section. 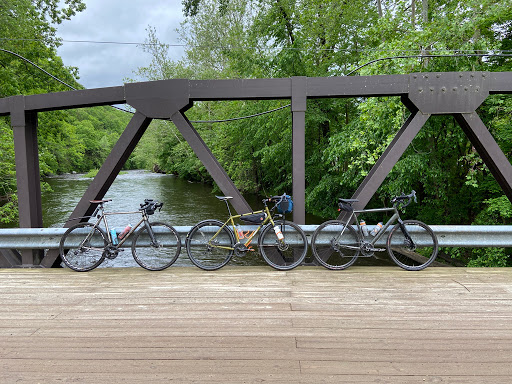 Back at Judd's Bridge we lined up our bikes for a picture.  Apparently there are some rules about photographing your bike. I was made aware of one of these rules while on my Jackson Hole Gravel Adventure but wasn't aware of the full extent:
Rule #26 From the Velomanti:
Make your bike photogenic.When photographing your bike, gussy her up properly for the camera. Some parameters are firm: valve stems at 6 o’clock. Cranks never at 90 or 180 degrees. Others are at your discretion, though the accepted practices include putting the chain on the big dog, and no bidons in the cages.