I never new handlebar bags were ever out of style!

Well, that is if you are a gravel rider, according to the Bike Snob in Outside Magazine.

I don't really go for any of the style that the Bike Snob professes to be in vogue, however, I do have a few different handlebar bags that have collected through the years and so I thought it would be appropriate to dress up the Sex Machine with some gear. Too bad Cannondale never made and orange bag because it would go so nice with my current gravel bike.  At some point I might try to have one made. 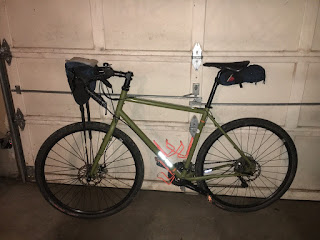 What's nice is that I also have a matching seat pack that was made for tubular tires. I had to put a plastic bottle inside of it to give it some form and to keep it from wagging all the over the place. 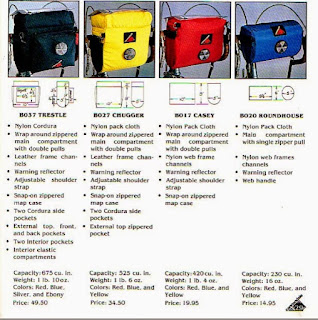 Over the years I have accumulated a few Cannondale Casey Handlebar bags, along with a Ventoura Touring which appears to have been a clone of the Cannondale Trestle bag. I let the Ventoura go when I sold the Cross Check. Probably should have kept it, though. I still have a Topeak and a barrel bag from Banjo Brothers.

The Topeak is currently mounted on my Burley Rock and Roll but I have used it on other bikes as well.  The tandem doesn't get used anymore since none of my kids want to ride with me. 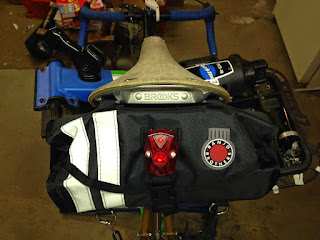 I have tried the Banjo Brothers Barrel Bag under the seat as well as a handle bar bag. 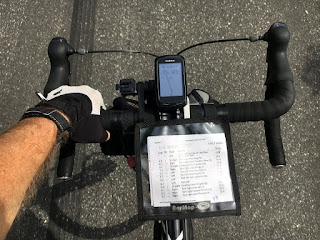 What I don't like about it though is you really can't get to anything when you riding because the opening is in the front. 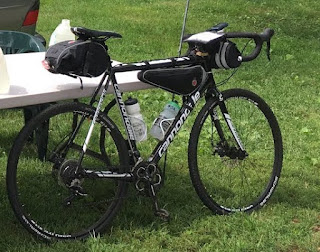 Just add a pannier or two and I can ride anywhere! 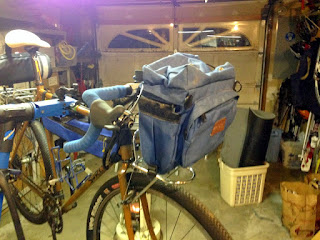 I think I got the Ventoura Touring bag off of eBay. 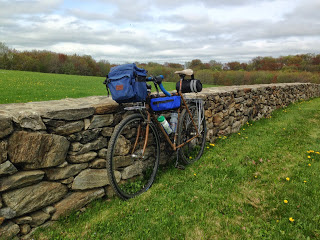 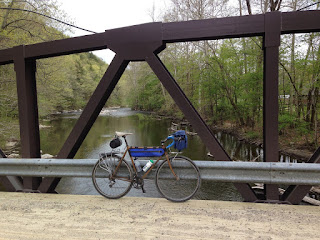 It was super roomy but unfortunately it was so old the zippers barely worked and it had a musty smell to it like it was sitting is someone's basement for 20 years so I let it go. I did have to have a custom frame made for it since the OEM frames were made for 25.4 mm diameter bars and quill stems. 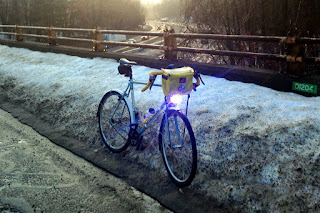 The first Cannondale handlebar bag I got was a yellow Casey bag. 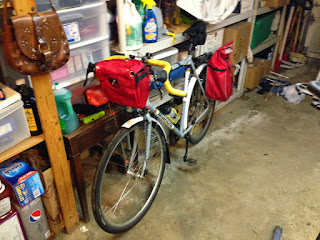 Then I found a red one that matched my red Banjo Brothers Pannier. 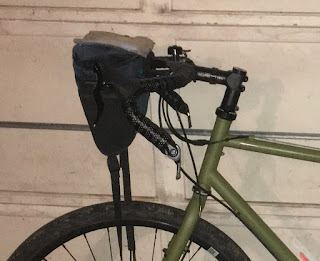 Now I need a test ride!

I also never realized that handlebar bags were out of style – until I went looking for a new one. Throughout the 1980s, I used a bar bag similar for your Ventoura for bike commuting. It was big, with multiple compartments, Into which I could fit a change of clothes, a lunch, and even a pair of size 15 sneakers. Best of all, it would fit on virtually any drop-bar bike, without taking away any hand positions. Nowadays, though, it's impossible to find anything like an old-school touring handlebar bag. Virtually all of the newer bags attach to the bar with Velcro straps, which means you can forget about riding with your hands on the tops of the bar, adjacent to the stem – where most people grab the bar at least some of the time. This sucks. I tried riding with one of these new-style bags for a few days, and even attempted to create some space for my hands between the bar and the back of the bag, by adding some foam rubber pads behind the bag, But that failed miserably, and I ditched the bag in the middle of a 450-mile bikepacking trip. Whatever happened to all those traditional-style bags from brands like Kirtland, Eclipse and Cannondale, that let riders carry a day's worth of gear, with a map pocket on top, and attached to the stem without compromising handlebar ergonomics?

The only option for a retrogrouch like me seems to be scouring Ebay. Most bags I've seen there, though, are either ridiculously overpriced, are in terrible condition, lack the necessary mounting hardware, or all three. But now there's hope: Yesterday I found a listing for what looks to be a new-in-the-box Cannondale Trestle bag from the 1990s, at a reasonable price, and with the "make offer" button enabled. It never hurts to ask, so I made what I thought was a bit of a lowball offer. Much to my surprise, the seller accepted, and now I'm eagerly waiting to see if this is too good to be true. Wish me luck....