Gavin and I left from Cover 2 at 7:30 am. Originally I was planning on an all day ride of about 70 miles but Gavin didn't have that much time so I had to knock off 30 miles from the route. 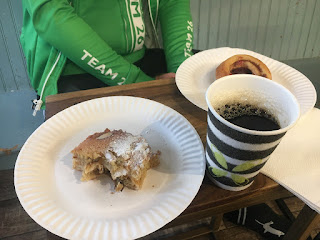 First things first, we had to stop at OOF (Ovens of France) for breakfast. We did, however hit a few dirt roads before riding through Soutbury, though.  After breakfast we headed to Scuppo Road for the first serious climb of the day. 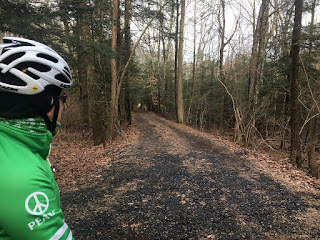 Before hitting the dirt portion of Scuppo I noticed that the old trolley bed had been graveled and so I rode down through a gated access way to check it out. Turns out a contractor was hired to repaint the water tower and to bring in equipment and materials they had to improve this section of the bed. 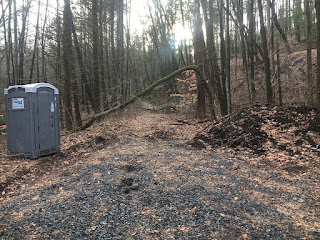 In the other direction it's just as crappy as ever. 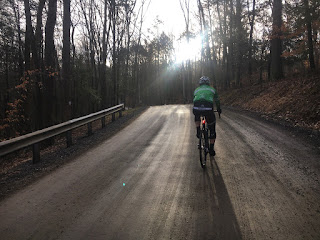 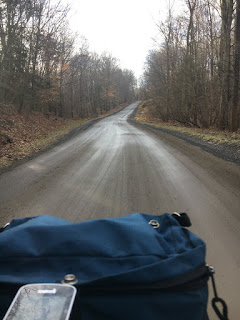 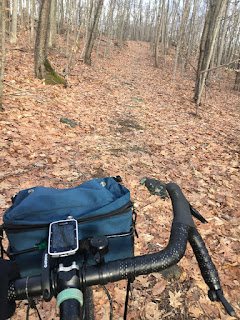 Turns out that is the case 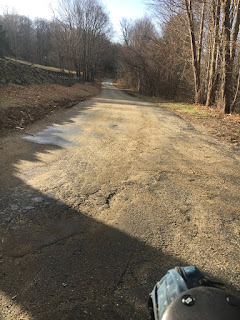 Terrell Road turns out is not dirt 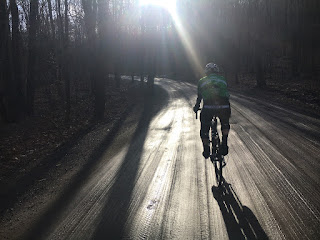 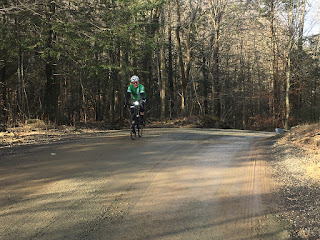 The last 8 tenths of mile on the dirt section is an average 5% climb with a 7% wall at the end. 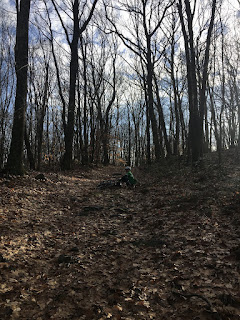 I had discovered another right of way called Kimberly Road and that started out pretty rough. Gavin went down on an exposed root. 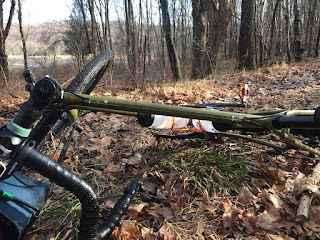 Shortly thereafter I went down when my front wheel dished in a muddy section. 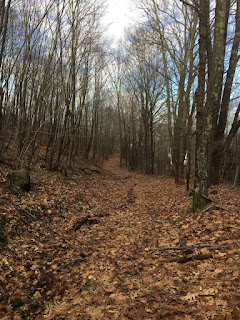 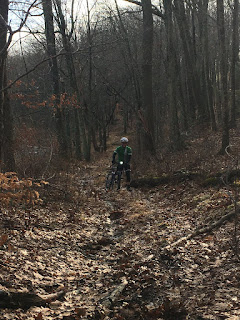 In the summer this route will be fantastic and a great way to connect to some more dirt roads in Middlebury. 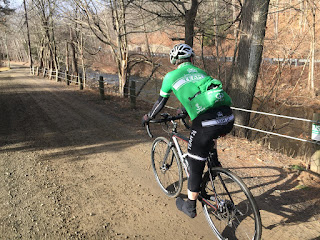 Minortown Road follows the banks of the Nonnewaug River 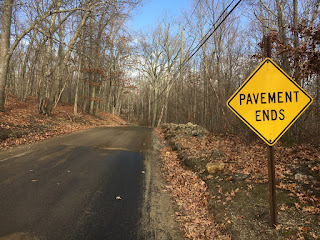 The route also included Quanopaug Trail which I thought was a longer dirt road but it wasn't. From there we turned left onto Cowles Road. We should have gone right and stayed on Cowles Road but for some reason I missed that while planning the route. 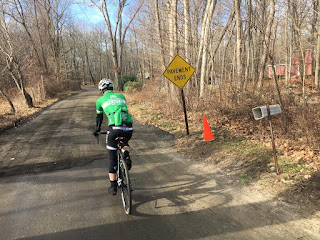 We then came to Brushy Hill, which started to climb but then we hit a 13% wall for a tenth of a mile that I had to breakdown and ask for Granny's help. I had been good all ride but this hill was going to do me in without her help. Overall, the climb up is two tenths of a mile at an average of 8.5%. A little ways beyond the top we were greeted with more dirt.  Crossing 132 we hit a punchy little 6.7% climb up Peter Road for three tenths of a mile and then we crossed over the new bridge on Hazel Plain, cars aren't allowed on it yet. Finally we hit the last dirt road of the ride, Sprain Brook and then it was back to Cover 2 in Sandy Hook.