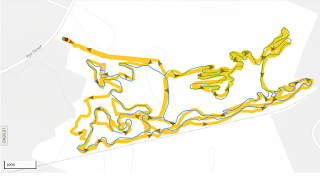 The Trail System is small and many of the turns are really tight and if you ride all the trails back and fourth you might get 5 miles out of the place. 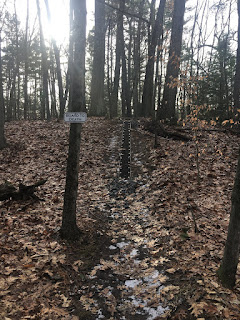 Not much in the way of stuntry, either. There was is boarded descent called Board to Death and I think there was one skinny. 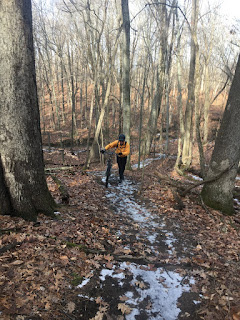 The trails on the south side of the park were really icy. There was a lot of hike a bike but that was largely due to the ice. 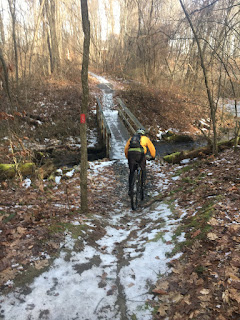 I broke a spoke going over this bridge but it wasn't due to the conditions, rather just my crappy rear wheel. This makes the third spoke that I have broken. I don't think I have broken this many spokes on one bike before. 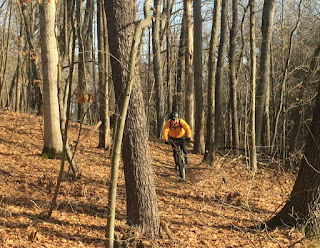 In addition to breaking a spoke, one of the icy trails my bike came out from under me and as my boot was sliding onto the trail it caught a root and ripped the Boa tightening ratchet off. 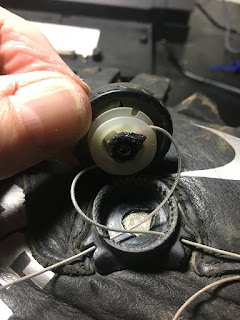 The ratchet sort of worked and I was able to finish the ride but it looks like I will be sending the boot back to Lake Cycling to get it fixed. 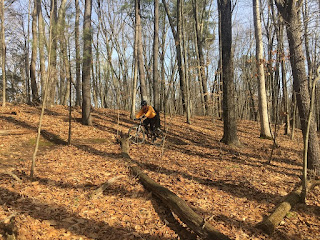 Before coming here I looked for a brewery and it turned out that the Connecticut Valley Brewing Company was less than a mile from the park. Glenn and I headed over there for a pint. 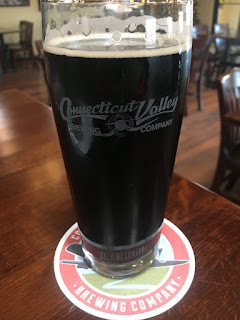