When is it too cold to bike commute?

I saw this meme on a Facebook post the other day and it got me thinking of my bike commute this past Friday.  The weather apps were saying it would be 26 degrees in Newtown around 5 AM.  I even checked a neighboring weather station on Weatherunderground at 4 AM and the temperature there read 25 degrees.  Since I missed the opportunity to bike commute on Veterans Day when it was truly a warm day I decided to go for it, afterall I rode last Saturday in similar temperatures and was quite fine. 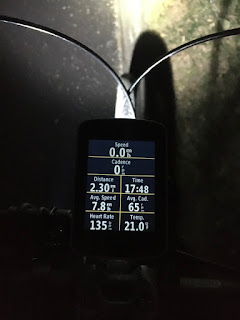 Leaving the house at a quarter to 6 it felt a lot colder than 25 degrees and when I stopped to check the temperature on my Garmin I found that it was actually 21 degrees at the War Memorial and I wasn't cold, however, the tops on my thighs were and I thought about turning around to get some shorts but that would have cost me another 20 minutes and I figured it would only get warmer the further south I rode (yeah right). 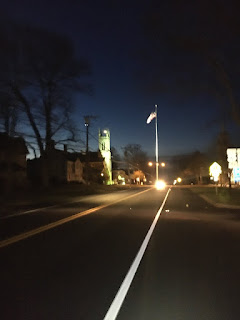 After the center of town I turned right onto Rt 302 which takes me through Sugar Hill Hollow, the lowest point between the trailer park and the creamery, and usually the coldest place in town. In fact, at the lowest point in the Hollow, crossing over the little stream before the Little Red School house the temperature on my Garmin read 18.1 degrees! 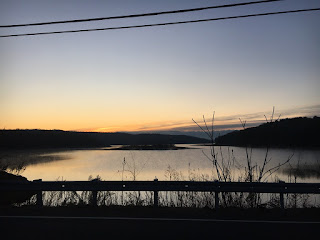 In fact, the temperature really never came up at all until I was near the Merritt Parkway in Norwalk, and thus at the end of my commute.  Even at Cobbs Mill it was 19 degrees. With the exception of the tops of my thighs I was toasty warm. I wore Smartwool socks combined with my Lake 303 winter riding boots, a fleece riding cap, neckie, lobster gloves, and my winter riding jacket with a thermal running shirt and a short sleeved jersey underneath. I am still sticking with my minimum temperature limit of 25 degrees but on those days I will plan for 20 or less and make sure I have a pair of shorts on over my tights.