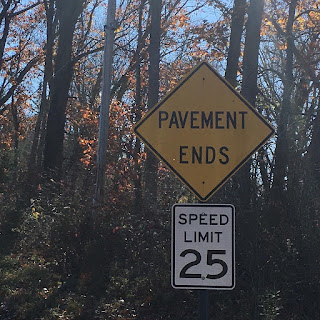 Since Will and his wife were having dinner with us at my wife's parents' house Will and I decided to ride some gravel before hand.  Since he was taking the train I suggested we ride the dirt roads in Westchester County and I planned a route very similar to the Dirty Apple which I rode a couple of weeks ago. Only this route had a tweaks that I wanted to explore. 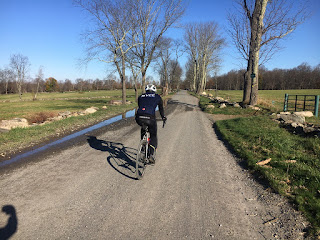 Will got off the train at Golden's Bridge promptly at 8:30 and we took off following the Dirty Apple Route but since I don't like route regurgitation, going back and forth on the same road I changed things up after Baxter Road.  Instead of heading over to Norton Road from Rt 116 we took Old South Salem Road, a dirt road that parallels Route 121 for almost a mile.  Then it was north on 121 to Vail Road and then over to Norton. Like the Dirty Apple we then hooked back through Ridgefield and then over to the Hunt Road climb. 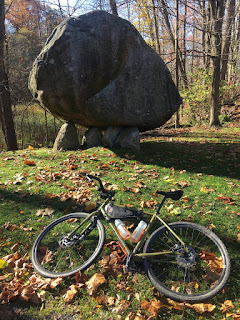 We headed off Hunt Rd on what looked like a driveway that I was hoping gave way to a trail that might lead to a trail into Mountain Lakes Park that would avoid all that unnecessary pavement riding. Unfortunately there wasn't really a trail so we headed back to Rt 121. We stopped at Balance Rock to take a few pictures and then headed over to Hawley Road and then up into Mountain Lakes. 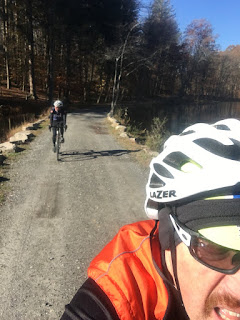 Riding the access road at Mountain Lakes Park clockwise is the way to ride. It's a 4.6% grade for almost 2 miles.  Halfway down the other side it does turn to asphalt but after a 1/4 of mile we turned off onto another gravel road that took us to this wonderful look out.  When I was planning the route it looked like there was trail heading down to another road at the base of the mountain from the satellite photos. 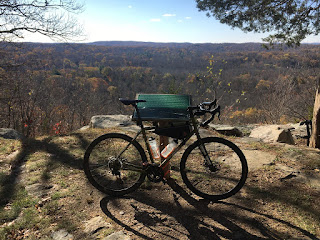 Before heading down that trail we marveled at the views 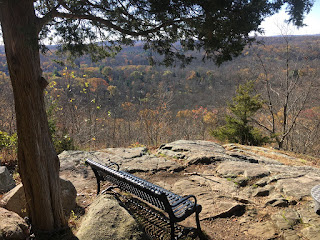 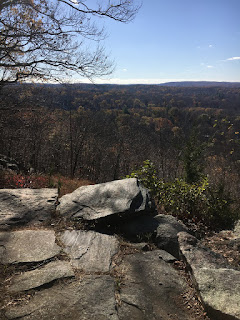 That rise/mountain off in the distance is Pound Ridge Reservation 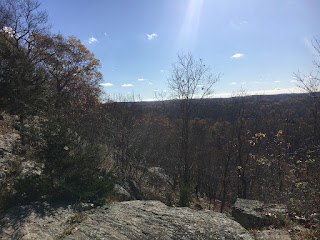 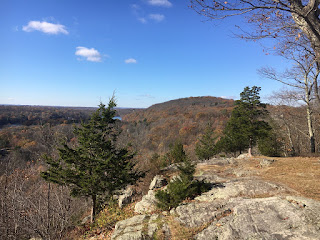 The tree on the left is blocking the Waccabuc Country Club's lake front, which from this location is a real eyesore. 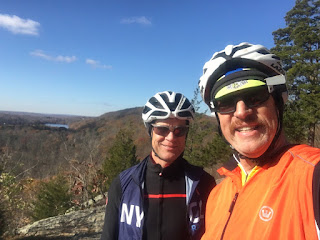 Then we headed off on that trail, however, the trail didn't head down the hill, rather it stayed perpendicular to the slope and eventually climbs back up and over the ridge. 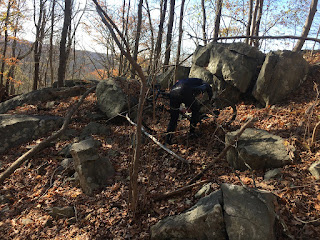 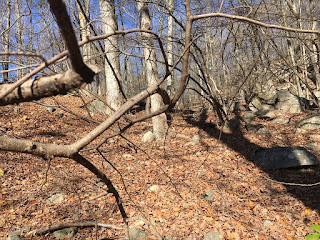 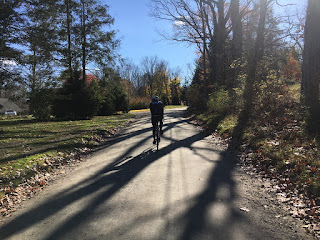 Once back on normal roads we picked up the route again.  The next change to the route had us head in the opposite direction from Dingee Road to Highview Road. We turned north and then took a right on Dogwood Lane only you really wouldn't think that it's a road. It looks like a driveway but the gravel road, after a few houses drops down to a cul-de-sac and then heads out to Cross Pond Road. 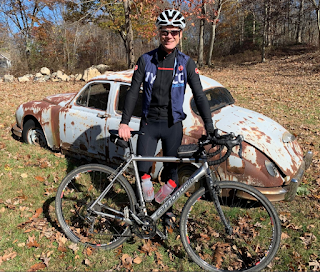 We worked our way back over towards Pound Ridge Reservation but instead of riding through it like I did on the Dirty Apple we went down this road that connected to a dirt road that would bring us out on Old Stone Hill.  There was a dirt road but it didn't go through. There was however this old Jaguar sitting in the field. Back tracking to Park View Road I followed the dirt road/driveway up and out. It was hard to tell whether it was just a driveway vs a road. It had speed limit signs of 5 MPH so I think it's a road. 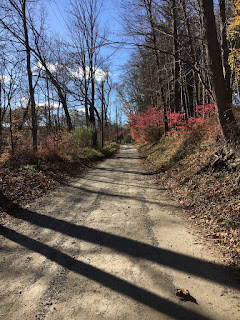 This route took us the other way on Millerton Road and then we hit some of the Dirty Apple route, only in the other direction that brought us over to the dirt roads that lie between Rt 22 and I-684. 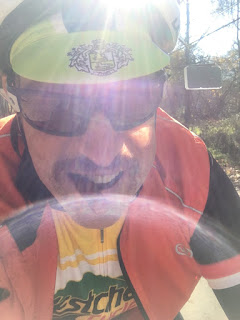 With seven miles to go I broke out the meat sticks. Will didn't want one. The 11th hill and last climb was on Beaver Dam Road and then we rode over the dam at the Cross River Reservoir and then headed up Mt Holly. 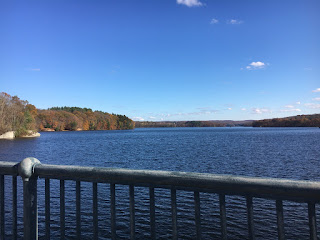 Mirroring the Dirty Apple until we turned onto North Salem Road we found the road closed. The wind storm we had on Halloween must have hit here as well.  My power came on this morning while I was riding and it had been out since 11:30 PM on October 31st. When we found the downed wires they weren't the electrical ones.  From there it all down hill back to Golden's Bridge.