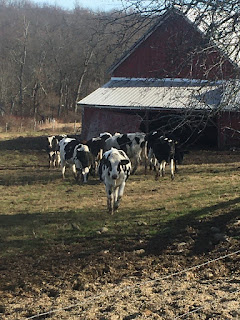 I opted to bike commute Wednesday instead of ride with the Newtown Lunartics to Ovens of France. To make up for my folly Paul and I rode on Black Friday and we took did Trampy's Hill to visit with the cows. 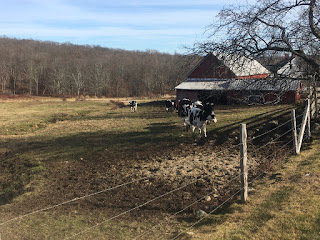 This was the first time they have been so friendly to actually come to the fence. Maybe they were expecting a treat. 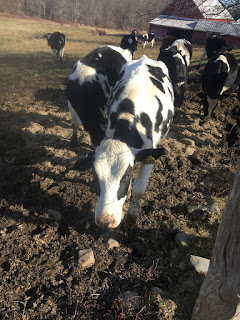 I met Paul at the Newtown Flag pole and it was 30 degrees but with the wind out of the north it felt a lot colder, especially while descending. 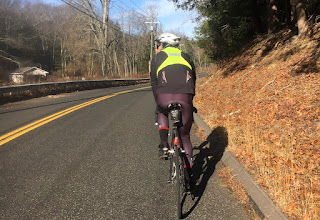 Paul was wearing some tights that he got on the cheap and it showed. 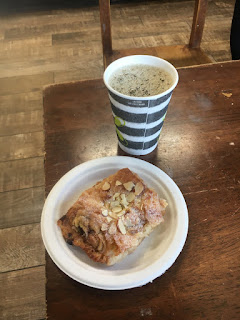 The French Roast was hot and the Chocolate Almond Croissant was to die for! 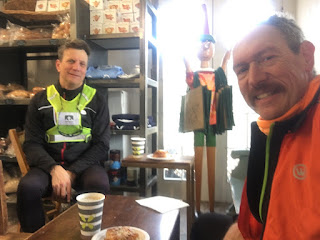