While I had planned for a really big ride today, when I got on the bike I just wasn't feeling it so I set out to ride some familiar dirt roads in Southbury and maybe try something new without straying too far. 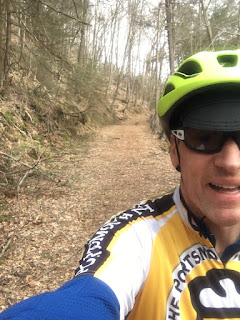 Cutting through the vineyard I headed over to Black Bridge Road and what I found was a war zone.  Ravaged by Nor'easters and past hurricanes. 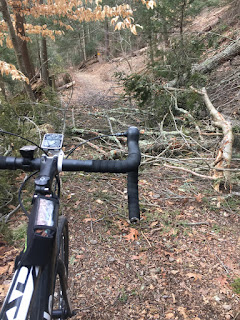 Even the other side of the river fared no better. 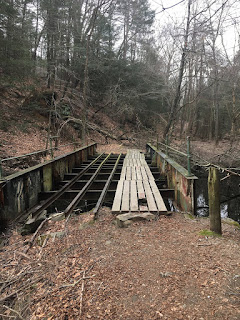 By the time I got to Glenn Road I was sweating and had to remove my jacket. 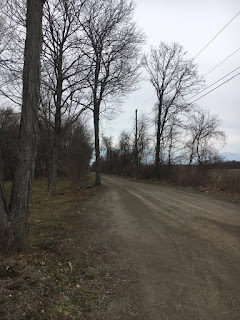 At the start of the Peach Orchard I was sweating but the cold wind from the north made things really comfortable. 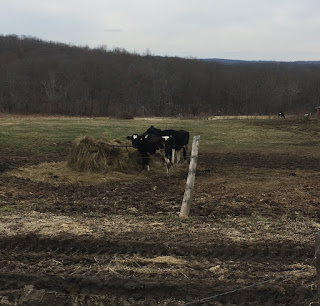 Paid a visit to the girls. At this point I decided not head into Roxbury after my lunch stop at Ovens of France (aka OOF) and instead try to stop at one of the two local breweries for beer before heading home.  There is Woodbury Brewing Company, just down the street from OOF and out on the Larkin Bridle Trail is Black Hog Brewery.  Decisions, decisions. 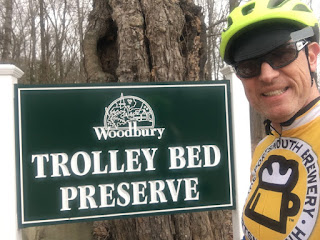 With beer on my mind I rode up Scuppo Hill looking for the back way into the Trolley Bed Preserve.  Unfortunately, the dirt road portion of Scuppo Road starts where you can ride into the preserve but then you miss the joy of riding a dirt road.  I pressed on and linked back around on Judd Road to Old Sherman Hill Road that brought me back to the main entrance of the preserve. 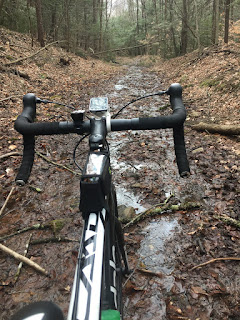 I stayed on the trolley bed the whole way but it had it's pit falls.  Right before the 90 degree turn, there is a wet area in which I saw that others had ridden through so I went for it and ended up mired to my axels in mud.  Around the corner the trolley bed is basically an open stream with many trees down. 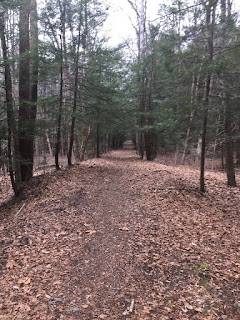 Further down the trolley bed it finally dries out and because a really enjoyable descent. Still a bit rocky and there are a few more blow downs you have to deal with. 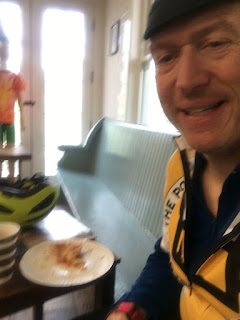 After a delicious lunch consisting of one Oven's of France's famous Ham & Cheese Croissant and a cup of French Roast I headed home.  I rode back through the ball fields and the dirt roads that parallel the Pomperaug River.  On Flood Bridge, I just felt tired but I wasn't bonking.  Once in Newtown, I headed up Alberts Hill instead of taking Black Bridge but took the old rail road bed all the way back to Echo Valley. There are quite a few blow downs that interrupted travel quite a bit.  Where the gas line splits off from the rail bed, I walked that section because it was still really soft.