Last Day as a Stay at Home Dad Ride

My wife was quick to point out that my status as a Stay at Home Dad was only cursory and I didn't experience everything like doing the laundry, making the kids lunches and dinners, and doing the shopping.  I did, however, drive them to school, get them off the bus and make them snacks when they got home.  There was the dishes, always doing dishes.  My new status was coming to an end because I landed a new job and would be starting next week.  Since this was my last day, and my wife wasn't working, I decided to head off for a much bigger ride. 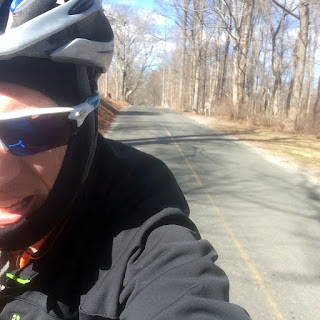 I decided to go for a three hour, unscripted ride.  I had a route planned but at the last minute I threw caution to the wind and decided not follow the pre-planned course and just go with my gut.  It was a good choice.  It was so nice out, albeit still cold, I wore much darker lenses, which is something I rarely do these days. 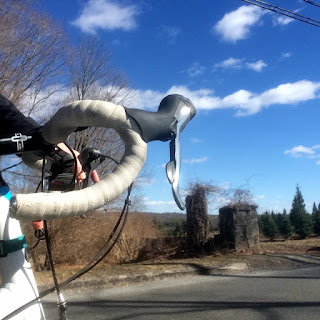 The first part of the ride, the temperature stayed in the upper 30s and I was actually hot by the time I got down to the end of North Park Avenue in Easton. At the southern most point of the route the temperature was almost 40 degrees F but on the way back, it started to fall again. 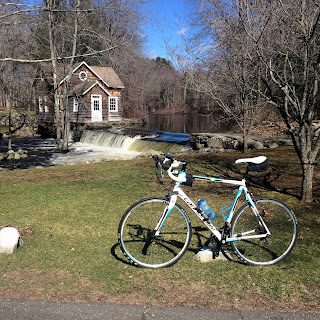 After crossing over the Aspetauk River I took old Stage Coach Road because Old Redding Road has a steep descent at the end but then there is a stop sign so I all that speed gets waisted.  Conversely, Kellogg Hill does the same thing because you then have to cut back north at a stop sign onto Valley Forge Road for the ride back along the Saugatuck Reservoir.  The only drawback to Old Stagecoach is that it's not in the best condition. The Saugatuck Reservoir was almost completely full.  That big rainstorm earlier in the week did quite a number on the area and it brought a tremendous amount of rain, too, which was clearly evident by how much water was in the reservoir.  From here, I headed over to Giles Hill and then to the Redding Ridge Deli for a hot chocolate and a Boston Cream.  While the picture above is blurry that's exactly how I saw it at this point.  I think all the activity makes me very far sighted these days. 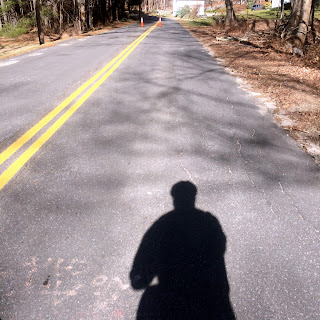 There were closed roads all over the place and the din of home generators filled the air on this ride.  On Poverty Hollow I came across downed wires and all the houses along the road had generators running.  Hard to believe it's been almost 4 years since Hurricane Sandy and the local electrical utility still drags their feet.  10% of the town was out of power the day after the storm.  School was canceled because there were upwards of 30 roads closed in town, and three days afterwards only 3% of the town had their power restored.  Looks like the name change of the power company was purely aesthetic because it was business as usual when it came to post storm power restoration.