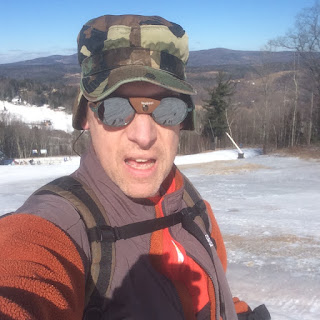 While this hasn't been the greatest winter for snow coverage on the surrounding country side, Windham Mountain has done an impeccable job keeping their slopes covered with man made snow and on this Saturday morning I headed out once again to conquer the east peak of Cave Mountain.  It was in the 20s when I left the Adaptive Sports Foundation and by the time I reached the Wheel House Lodge, I was sweating and opened all the vents. 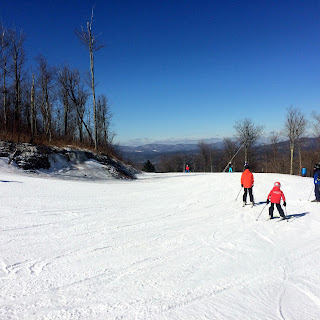 The best way to the top is Wanderer.  It's the longest, flattest way up the mountain.  Today, however, it was really icy because during the previous week it warmed up and they got a lot of rain.  Still, Windham took advantage of the cold weather that returned on Thursday and Friday to put down as much man made snow as possible which made a huge difference. 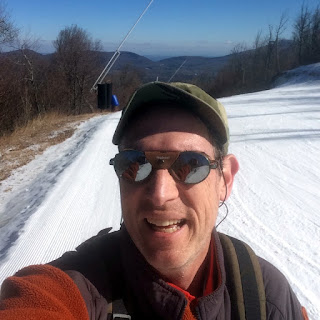 Half way up the climb, I started to feel blisters starting to form on the insides of my heels and realized that I must have the wrong socks on.  I stayed the course and although it hurt like hell it was totally worth the view and knowing that you just climbed 1,400 feet. 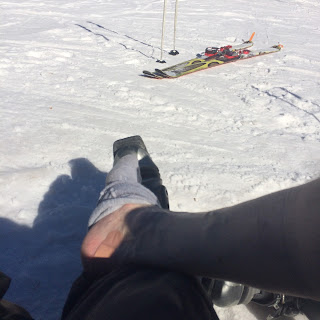 As I was applying band aids to my blisters a few ski patrollers asked if I need anything but when I showed them my first aid kit they were impressed.  I don't mess around. 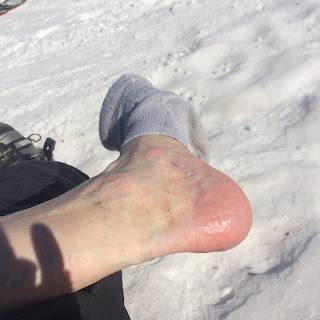 With my wounds covered, skins off, and gear reconfigured for the descent I went down Why Not, which is a steep Most Difficult run.  It was icy and really challenging but every turn was worth it. 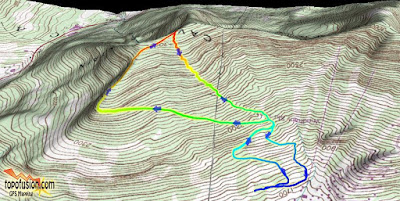