I had originally planned to do some trail work this morning but I woke up with a stiff neck so I decided to  try and ride later.  Of course, by 10 am, it warmed up considerably only I over dressed.  Still, it wasn't too bad.  When I hit the Echo Valley lot I made a little loop through where the loggers had been but it's still too torn up to really ride through there. 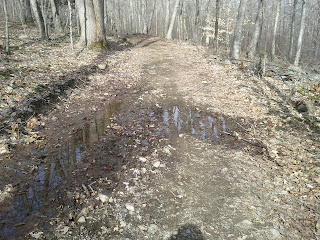 The usual wet sections on the Poly Brody were as wet as expected but further up the road I came across this section that I figured if it were nicked, it would drain out and not be so wet.  I also laid out some rocks so that you wouldn't get muddy until it was dried out. 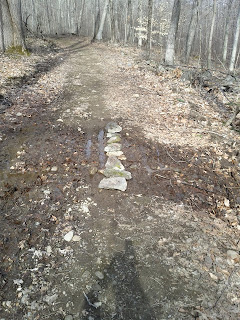 Heading into the Gussy I tried to climb the rock wall but my barend got hooked on a tree and down I went!  I have been riding with barends off and on for years but I think they are over kill with this really wide bars I am running on the Kona because it was a yard sale! 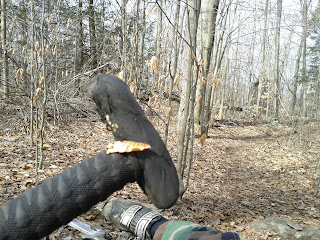 And not just once but twice even! 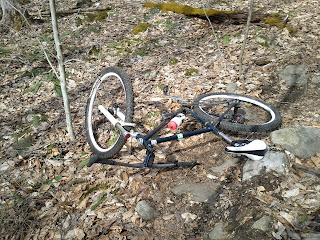 So, I am done with barends on the these bars.  I think if I had shorter bars it would be different but these are hear to stay for now so they are definitely coming off before the next ride! 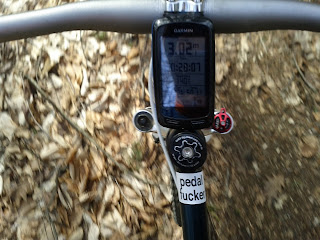 Overall, it was a good ride but after riding here already once before in the past week I feel like it's the view from the Second Sled Dog.  I need to get some variety.
at 7:24 PM