The Connecticut Effect: Rally for Sandy Hook Ride on Washington

"With the taking of our daughter Grace, I can feel no greater pain, nor have anything left to fear. I appeal to those who have not experienced such a loss to look deep into their hearts, that which they think can not be done," said Chris McDonnell, Grace McDonnell's father. 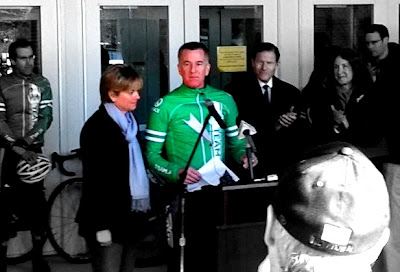 "We lost the love and the light of our family, our daughter Grace. Since that day, I have made a solemn promise that her life would forever be celebrated, her vision of the world as a beautiful and peaceful place, forever honored, and her voice forever heard," 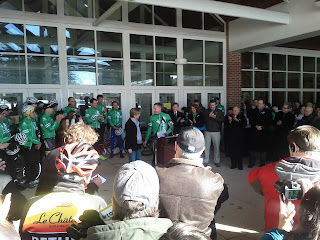 I was awestruck by Chris McDonnell's words on Saturday morning.  After what happened on 12-14-2012 in the town that I call home, I can no longer be silent - we have to speak up and put a stop to this endless violence. 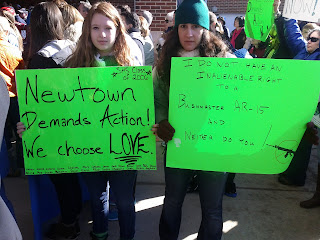 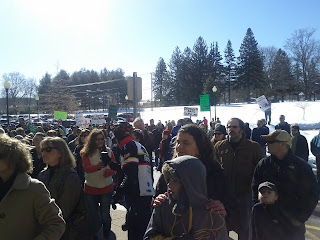 Originally, I had intended on riding from home but then thought better of it for the black ice potential so I drove up to Reed School with the Fredmobile on top to ride along with Team 26 from Newtown to Bethel and then I would head back. 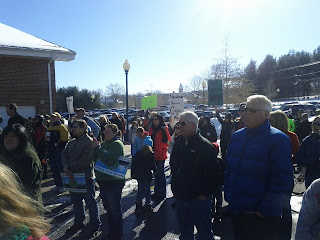 There must have been upwards of 500 people that came out to the rally.  It was amazing!  Most of the Ride-along cyclists were from the Bethel Cycle riding group, as well as a few other groups here and there.  Seeing that a good majority of the riders were from Bethel it wasn't surprising to see so much Bethel kit.

Of course no one looked sexier than me on a screaming orange, old school Cycloscross Bike from Cannondale, except perhaps for the Team 26 riders in their green and white riding jackets! 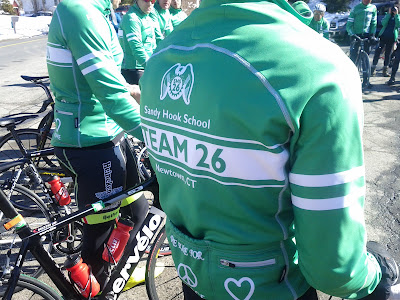