Finally found the the time to ride the Larkin Bridle Trail end-to-end and great way to put the Qball Monster through it's paces after a major overhaul. So I hit the trail a little after 8 AM Saturday morning and pushed hard all the way to the end of the trail. The ride down the trail went faster than back up the trail but up and down is relative because the first five miles you are actually climbing and then next five you are descending. The back took longer because of the head wind and I stopped once to take a picture. 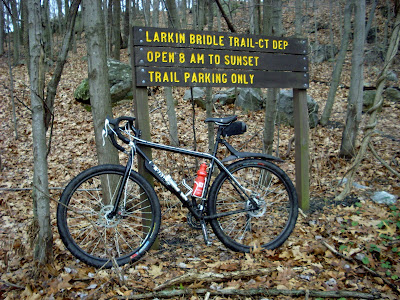 At the parking lot on the Rt 63 side there is this sign that caught my attention and I thought it was funny. I guess this is mountain biking trail, too? 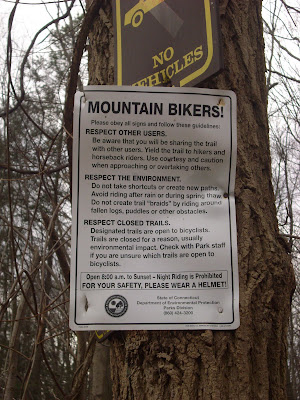 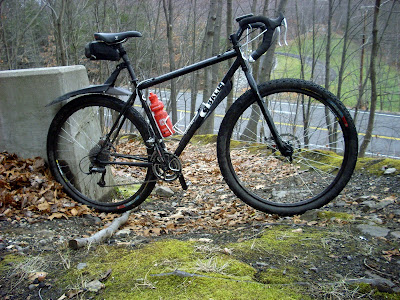 The rail road bed ceases to exist at Route 63 and off to the left is the Hop Brook Dam, which before that was built it was just a stream flowing through there but in the big flood of 1955, this stream flooded a wiped out a big section of Naugatuck. However you can see where it starts up again. On some maps it says the trail continues but on the maps it shows railroad tracks coming not quite to the dam area. When I have more time, I will have to explore the other side. 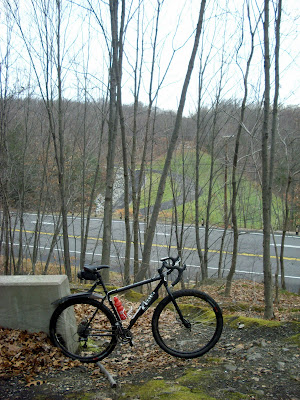 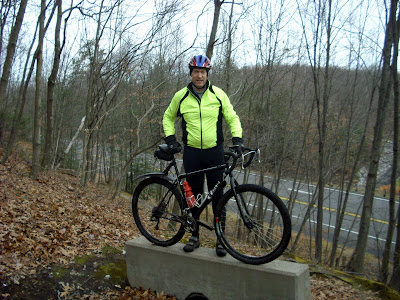 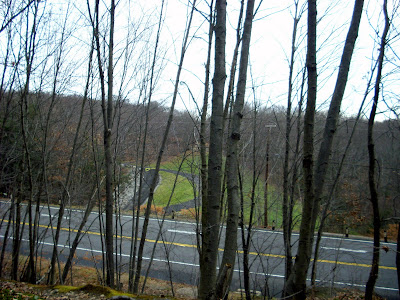 At the turn around point I tried a new food item, Peanut Butter, Jelly, Banana Butter and Na'an. It didn't get crushed in my bag because the na'an was so stiff but because of that, all the Peanut Butter, Jelly and Banana Butter oozed out the sides. Guest that won't work. I think what I need to use are the end pieces of loaves of bread. Regular bread slices get squished too easily. 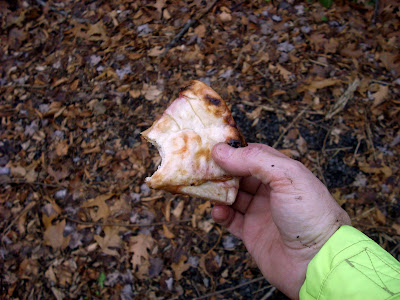 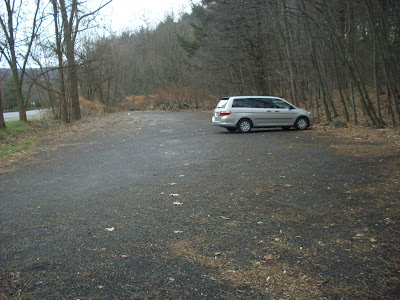 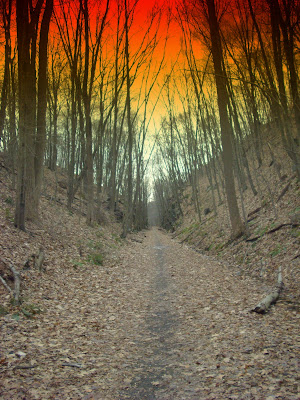 Another Houses of the Holy Trail Shot. I love this section of the bed because you can see how they blasted the railroad bed through the landscape. 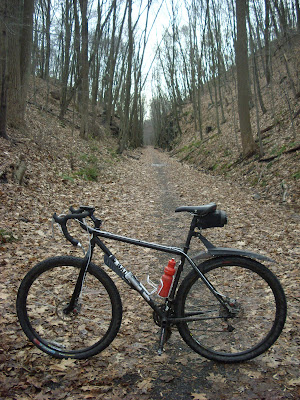 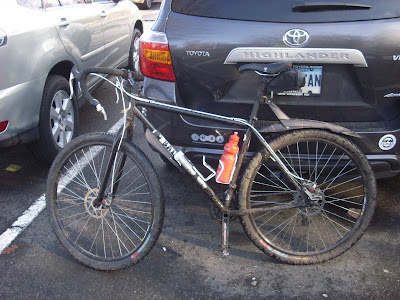 Back at the car, the Qball was a mess. You need to ride with a fender if you are going to ride this trail all the way to the end because there is once spot just past Towantic Pond where there is open water in the middle of the trail and you have to ride down the middle of the bed. Either side it very muddy and you'll never pass. 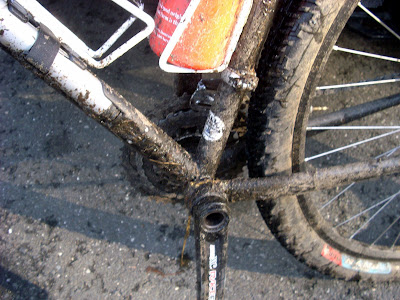 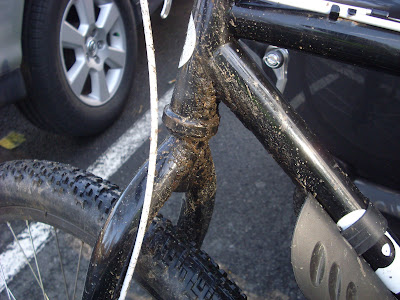 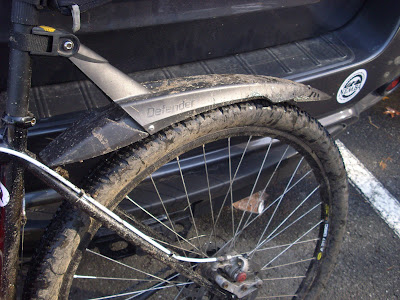 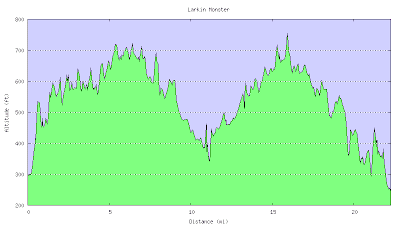 I've never actually ridden all the way through, I've done both sides *almost* to the middle on each end.

Is it always a pond in the middle or is just because of the insanely rainy year?

Also have you ridden over at Hop Brook? Craig and I rode some trails a few years back, lately we've just been doing hiking there.

I have only raced at Hop Brook. Trails were OK and I am sure there is a bigger network but what I saw was kind of meh.