Holy Crap! A Hunter in the woods!

After missing spin class on Monday due to work and being offsite yesterday I was jonesin for some saddle time and looked like the only time to today would be at Oh Dark Thirty! 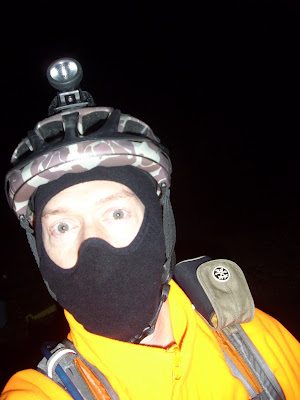 After the first 30 minutes it's time to take off the hat and open the zip pits. 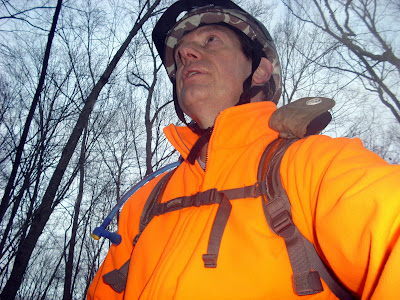 It's funny, just the other day there was a thread on a local board talking about how you tend to endo more on a 29er. For awhile, I was starting to think that was the case after endo'ing at Grayville last week, and prior to that at Upper Paugussett, both on the new bike. Now it could be the different riding style on the Dillinger being rigid and single speed means you are up out of the saddle more often and in that position if your weight is more centered on the bike and something grabs the wheel, well you know the story. 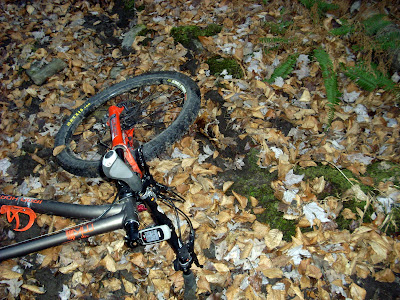 Something grabbed the wheel of the 'Horse this morning, 6 inches of mud, causing me to go OTB. The Garmin went paused but I didn't figure it out until 200 yards down the trail, so being the OCD GPSer, I rode back to the point I endo'ed and rerecorded the route. Got a little muddy in the process, too. I guess I am getting used to them now and know what to expect. 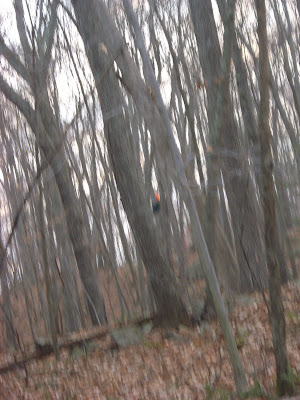 I broke from my usual routine when riding the Dinglebrook Trail and ventured on the horse trails. It looks like Tom finally used my connector trail over to the other side of the property. Once on the other side I spied blaze orange about 100 yards off and at least 30 feet up! Holy Crap, I plumb forgot that today was opening day of shotgun and rifle season! Good thing I was oranged up! I waved at him and he waved back but I could sort of tell that he wanted me out of there quickly. 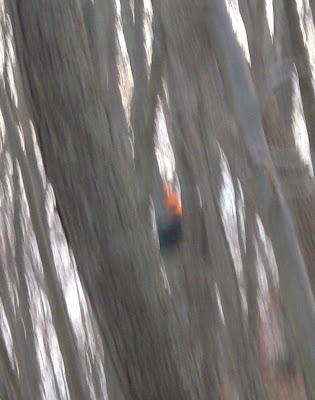 I did, however spook a few hooved rats in the open space that went off in his direction earlier. I wonder if those shots I heard when I got out onto Pond Brook Road were him blasting away at Bambi?
at 10:56 AM

Dear, you look like a coal-mining bank robber. Thank you for not getting shot at. :)