It seems that the Qball's reputation is becoming widely known and respected. I have been scouring the web in search of other Qballs and here is what I have found so far:

A fixed Qball in Maryland! 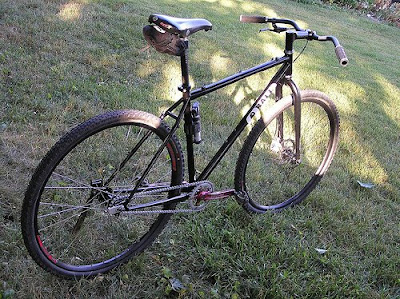 Currently set up fixed gear with skinny tires and a moderately high gear (for dirt that is) to cover ground quickly on a dirt/pavement (75% / 25%) commute.
34x16 with Mutanoraptor 44s and a suicide hub.

I've since swapped out the tires for Kenda Karma 1.9s that seem to roll just as fast, are a bit lighter and slightly wider. Also swapped out the fork for a Willits WOW that I've been testing for Dirt Rag magazine.

Here is the picture of the Qball with the Willits: 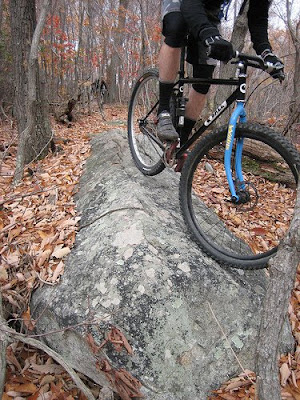