The Happening at Huntington 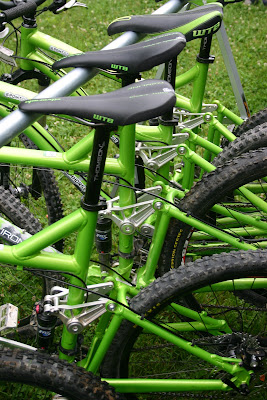 The 2008 Happening at Huntington was a smashing success! There was quite a turn out, including Philip Keyes, the Executive President for the New England Mountain Biking Association. EMS Fairfield was on hand for mechanical assistance, and there were tons of demos from Iron Horse, Cannondale, and Kona. 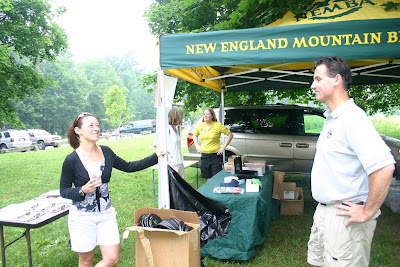 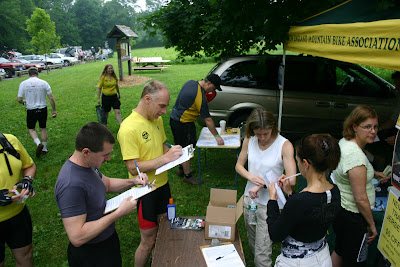 Alan Stemple signing in. Heather LaPalme and Joanna helping with registrations
The weather seemed to have held off for the riding portion of the day but around a noon there was at least a passing shower. According to Paula, one of the event's organizers:

A few riders in the north end of the park "got hosed" in the words of the ride leader, but at the main entrance we were fine. We had just cleaned everything up and closed the gates when the steady rain started -- about 2:30 or so.

Not sure how the afternoon went because I had to leave early. Still, there were tons of demos, including Iron Horse, Cannondale, and Kona. Both C'dale and Kona had 29ers; Caffine and the Kula. I wish I had more time because I would have demoed one or the other. 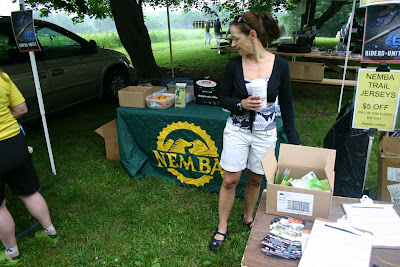 As with every event you get some kid that shows up on a Toys-R-Us Huffy, as well as guys wanting to get into the sport but not willing to commit to a quality bike and invariably find that their bike isn't really up to the type of riding that most people were doing that day. In fact, in the video at the bottom of this post, there is a guy working on his rear derailleur because the chain popped out of it. 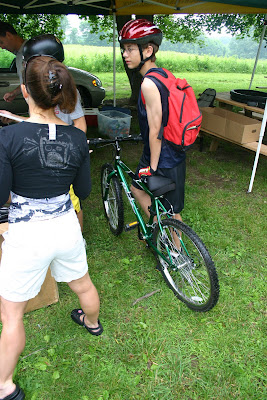 Besides the 29er demos, there was one other 29er, a Seven Cycles Ti rig that was pretty blinged out but it didn't look like the guy riding that rig was there for event and didn't want to be bothered. I think I was the only single speeder there as well.

The event had led rides, as well, three routes marked and I was planning on leading a bigger group but since I needed to be back by 11:30, Rich Stinchcomb (below, left) and Tren Spence (below right) decided to follow me. 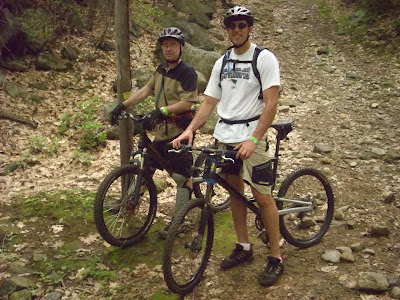 I applied the route we took on the state map, below. Heading down from the parking lot we hit the blue trail which is some tight, twisty single track that goes through stone walls and some crazy rock gardens. The trail spits out onto one of the carriage roads which we took over to another section of nice single track, which I hit every time I ride at Huntington. Back on the blue to the cliffs and then hooked around them and took the little connector back to the blue. 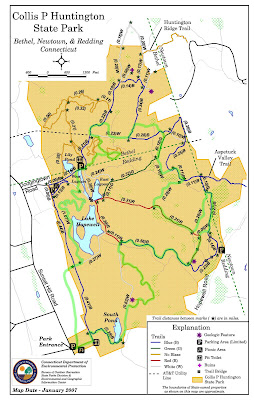 I like this little connector because of the armored stream crossing. I took some clips of the three of us riding this section. From there we rode some more blue trail and then I took a wrong turn that led us back to the red trail so we continued back to another white connector trail back to the blue. My intention was to try riding up little vomit and see if I could do it this time. Got about half way up and then I choked.

Tren broke off from us when we got back to the Blue Trail so it was just Rich and I. Ran into Dave from Danbury who was out riding his with dog. There were some other riders that were attending the event that we encountered as well. On another section of single track came across the group that Vince Rinaldi was leading. One the riders went endo on a section of trail that Rich and I were attempting to ride up. 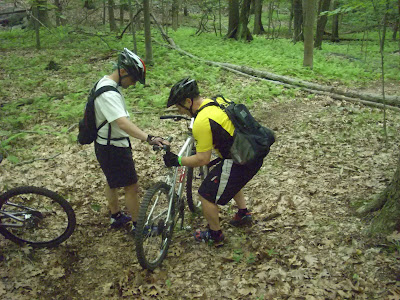 It wouldn't be a good day if there weren't a few mechnanicals to deal with. Vince is seen above helping out the rider in his group that went endo and subsequently got one of his cables hung up. Rich and I headed over to the roller that I learned on last year's Black Friday ride. We both took turns rolling down and captured each run on video. 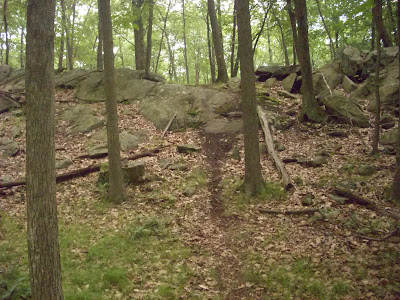 Riding out of the Big Burn, took the short cut over to the Rock and Roll Trail. This is probably the most technical and challenging of all the trails at Huntington State Park and today it got a lot of attention. Rich and I stopped to help with yet another mechanical. This type, a rider's chain popped out of the rear derailleur cage. 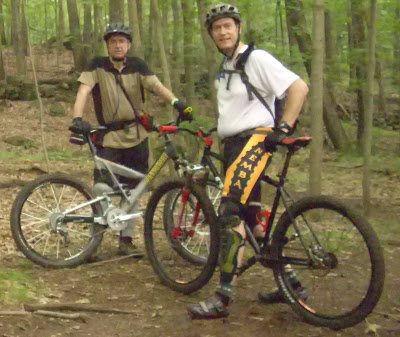 Ran into Rich Coffey and his son. Rich has done quite a bit of work with me on the Upper Gussy Trail. 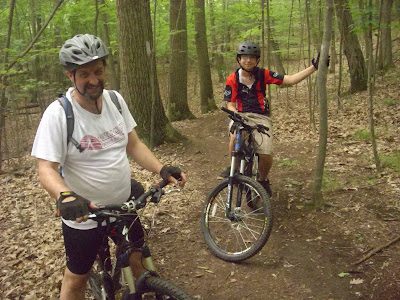 Shot some more clips of people riding the Rock and Roll Trail. I really like riding the trail in this direction. The technical climbs and rock gardens are really fun. Below is a blow up of the trail according to my GPS Track. 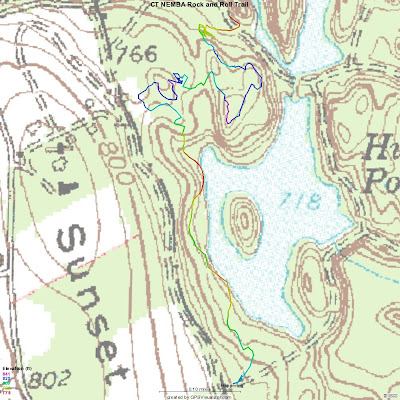 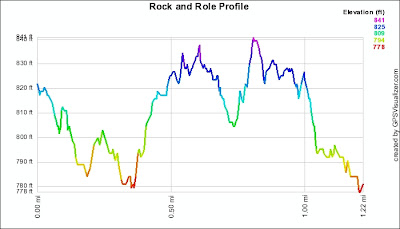 Here is my track from my Garmin Edge shown using GPSVisualizer 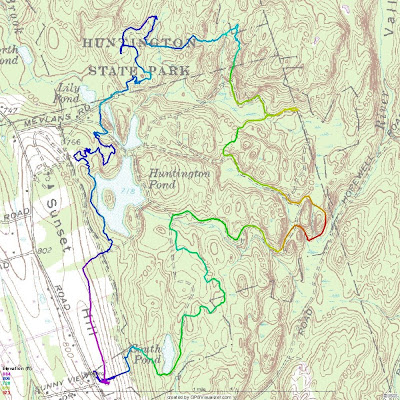 Tried something new in the video department by adding some slide shows to break up the video sequences. It makes for better transitions because you can control the sequencing better. It's not perfect but it was fun learning new things and realizing that I probably need a better video editor now.