Last month, my friend Scott invited me to join a great group of guys that rode Tuesday nights in Easton, CT. There isn't a lot of traffic on the backroads in and around here making it the perfect location for a night ride. I have done rides from here after work, pre-covid, but not as regularly as this, and it's perfect because Tuesdays I am in the office and this is kind of on my home.

Last week we attempted tonight's route only I had an irreparable mechanical, where my right shifter cable broke halfway into the ride and I was stuck with two gears, hard and harder. The ride home was challenging because I couldn't get up a few of the little hills that punctuated the ride back to the cars. Still, we got in the prerequisite 30 miles. 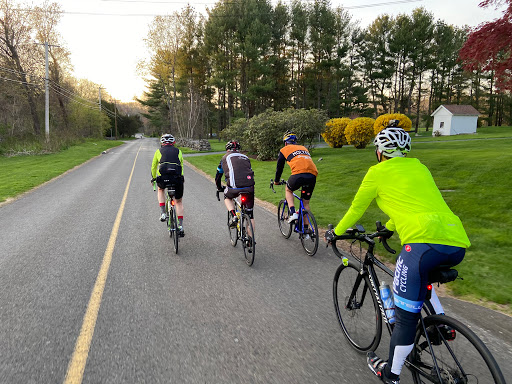 The route goes from Easton to Monroe, where we ride up the rail trail into Newtown, ride past the airport, come back down through the western part of town and then head back down into Easton.

Before Daylight Savings began again the rides were starting at 7 pm when it was dark out but in order to get 40 miles in we are started at 6:30 pm which is nice because it's still light out and as the days get longer the more time we are riding without lights. 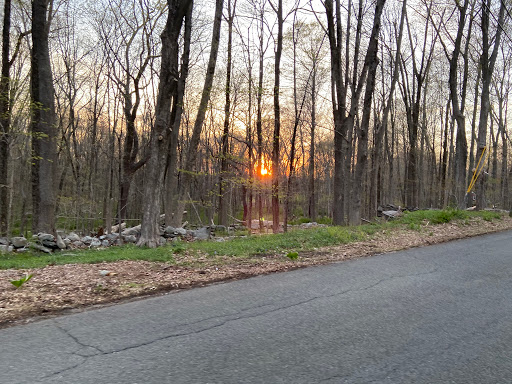 The sun was starting to set when we got into Monroe
We ride through Monroe to pick up the rail trail to head north into the eastern side of Newtown. Along the way we passed Dracula Drive, aka Velvet Street, a rumored haunted road. Three weeks ago we rode it and except for the road being in really pour condition and a dirt section, there was nothing remarkable or haunting to be seen. 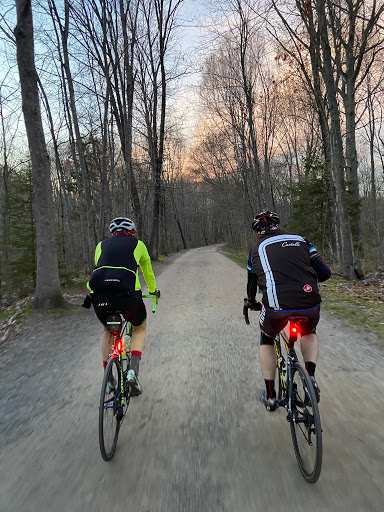 This is the second time on the rail trail and the third time riding dirt roads on the road bike. I am always a little nervous because have 23mm tires. I think the next bike I build up, later this spring, I am going to put an any road type tire on it for piece of mind. 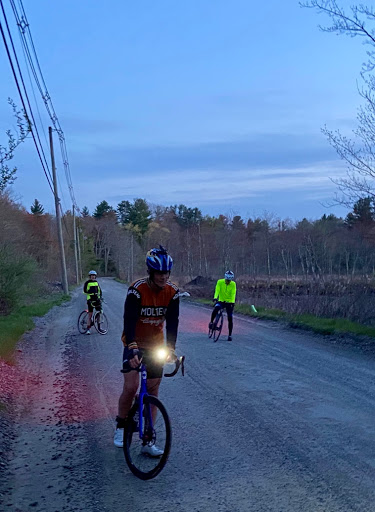 As opposed to last week where we continued to ride up Pepper Street and then rode a short section of Route 25 (aka busy road with lots of cars and at night) we left the rail trail and took Garder Road, which is a great, flat dirt road in the north part of Monroe.
Since there are very few houses it provided the perfect place for an Au Naturel break. 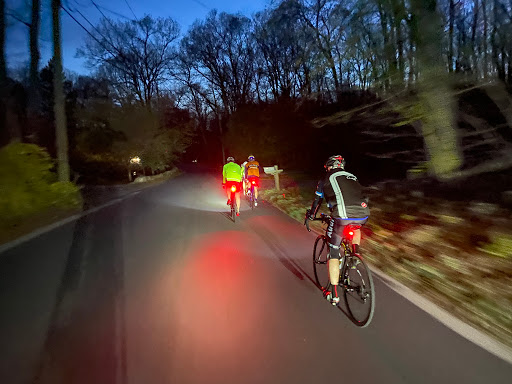 Then it was lights on crossing from Monroe into Newtown. On last week's ride, after my shifter cable broke, we ended up riding down Huntingtown Road back into Monroe and then over to Easton via Stepney Road and North Park. Tonight, however, we headed north to Orchard Hill past the airport and cut across the central part of Newtown via Platts Hill and then over to Eden Hill. 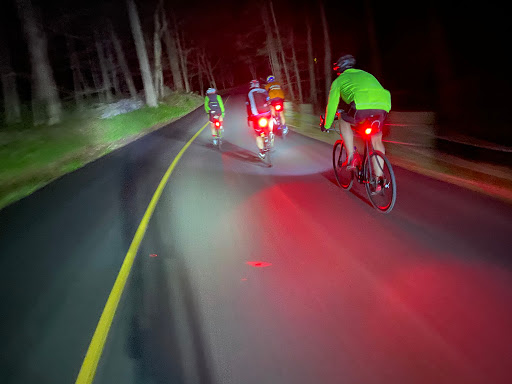 When we turned onto North Park we were on the homeward stretch, however, to hit that magic number we were going to have to find some extra credit somewhere along the route.  It started with an audible up Rock House Road, which is a short wall of a climb with a max grade of 15%, over to Sport Hill and then up Cedar Hill, which maxes out to at 9%.  When we came to Rt 136 it was time for another audible and to ride over to Wilson Road and head back to Samuel Staples Elementary School. 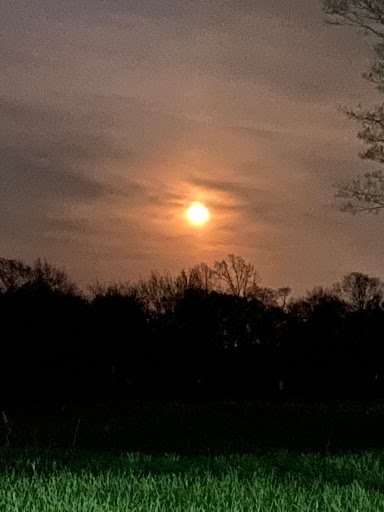 We did a few laps in the parking lot until the final stretch down Morehouse to finish the ride at 40 miles. Then we had a few snacks in the Easton Library parking lot before heading on our way home.

The nights trips are getting more awesome and adventurous as we ride on into the darkness.