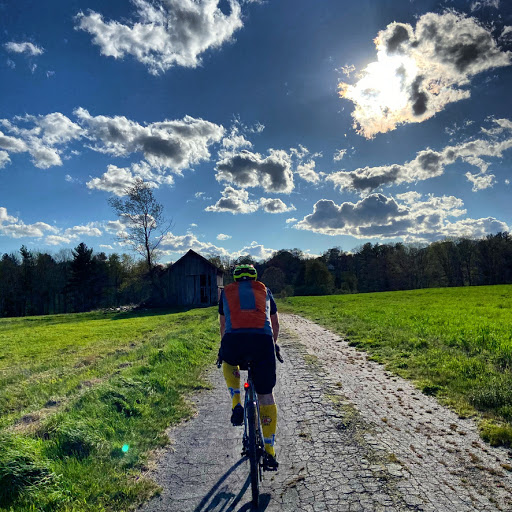 This is the second time this year to do this ride and might start becoming a thing. Friday, after work, we meet at the NewSylum Brewery in Newtown, CT and go on a short, mixed surface ride that I like to call a Petit Roubaix. There's singletrack, grass fields, paved and dirt roads, and old rights of way on the route. 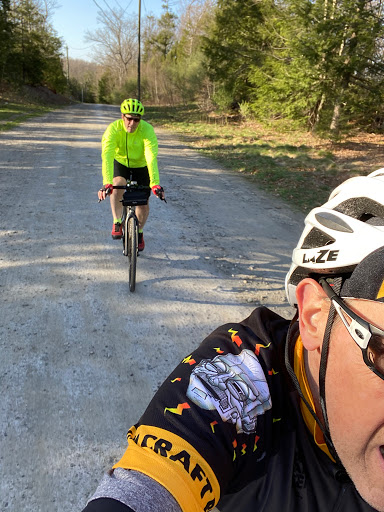 Last week, it was Gavin, Mike and I and we rode this route clockwise. 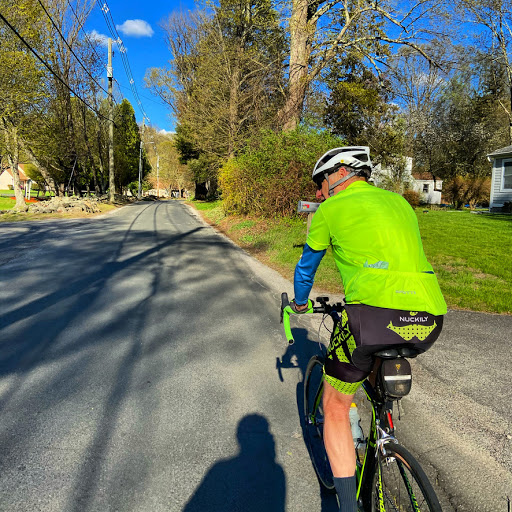 For today's ride, Scotty met and rode with us for a bit but he was on his road bike and we parted company at the single track behind Nanuwauk Meadows. 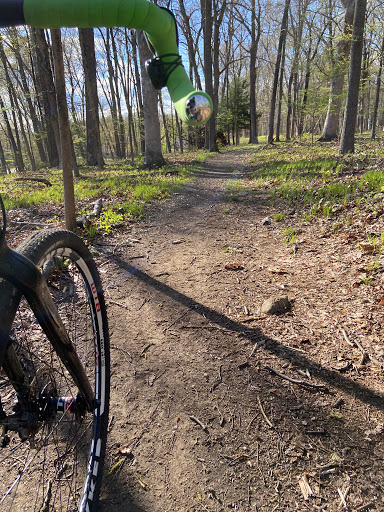 There are three trails that run north and south and the westernmost trail is the better of the three. From here we rode down the recreational trail to the Keating Farms cul-de-sac and then continued east towards Yahoo Hill riding through the pasture. While we were riding the flat part of Old Farm Road the wind was so strong it almost knocked us over.

Above is the route for today's ride and riding past the Ferris Acres we climbed Sugar Hill Road and then took the right of way to Shepard Hill.
This tree appears to have come down recently. I don't think it was today because of the go around that has already formed but I would say within the last month or two.
We then rode through Fosdick and when we came out onto Boggs Hill I totally ignored the GPS and continued into the Open Space across the street to ride more singletrack because it's a blast on a gravel bike. 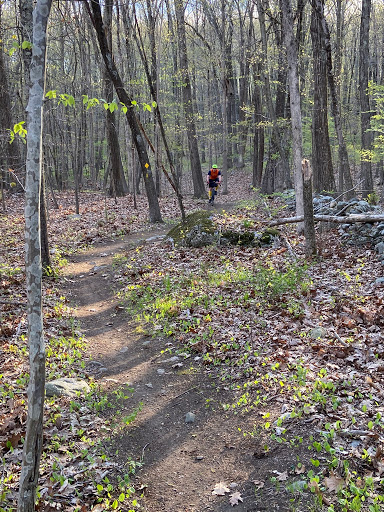 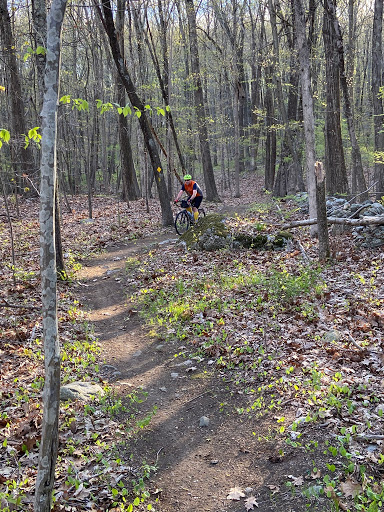 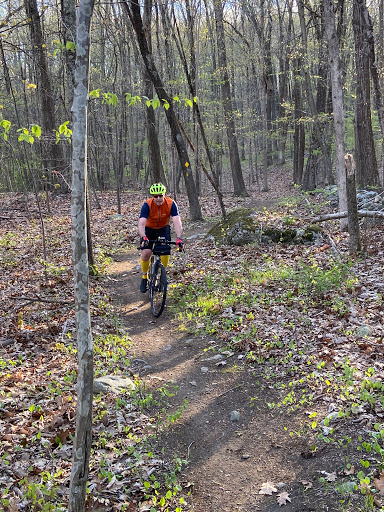 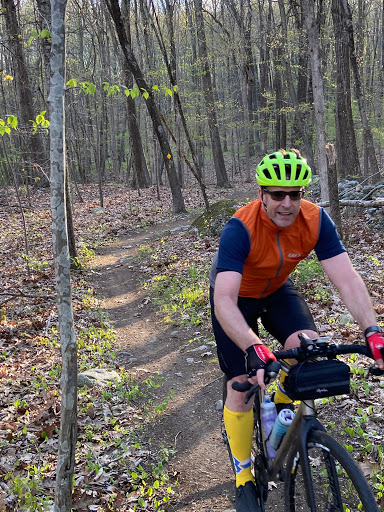 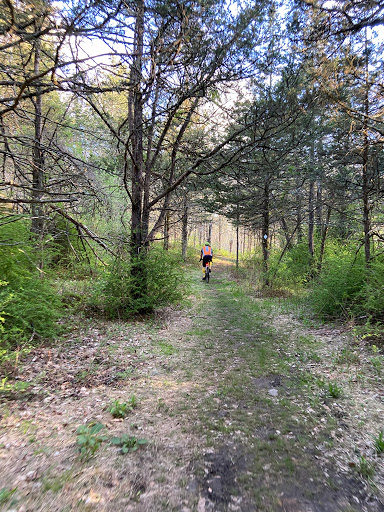 Then we rode through Cherry Grove, 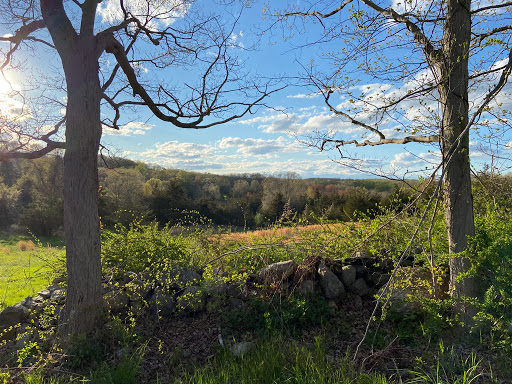 and picked up the route again when we popped out onto Beaver Dam. 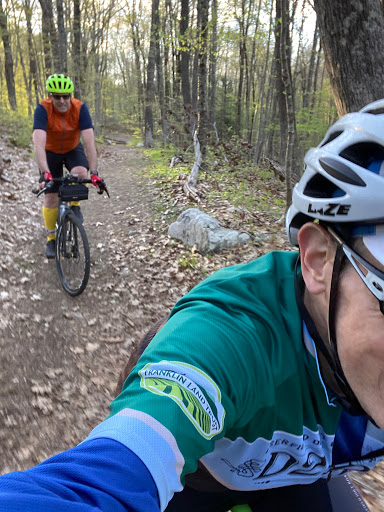 Then we climbed up Ox Hill which is really tough. The first part maxes out at 15% and then the second part hits 9%.  Then we rode over to Dug Hill to take the cut through over to Maltbie Rd.  Last week we came up that route and now we were going down it. 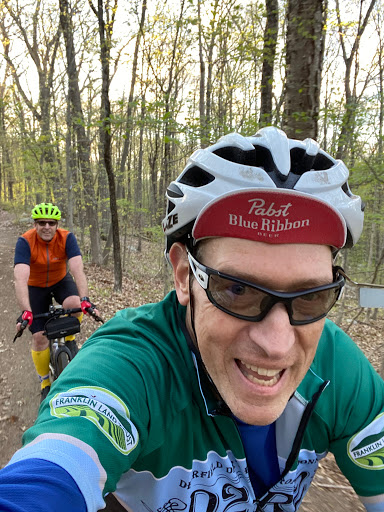 For some reason I always have it my mind that it's easier to ride down to Maltbie but compared to last week I found it harder coming this way. 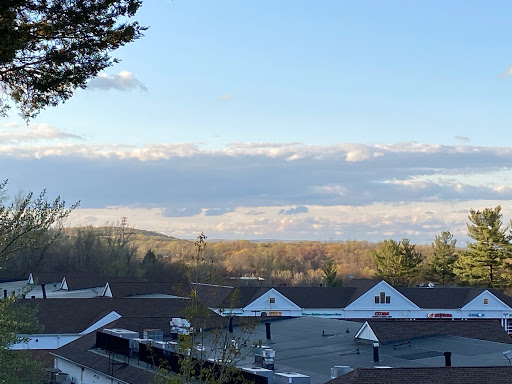 After the Maltbie Connector we rode over and down Washboard Road. It starts out dirt and at the bottom of the descent there is hard right that can be a little sketchy. The last dirt road on the ride was Bryan Lane, this road that runs from Cold Spring Road to South Main Street.  The maps show there might be a dirt road through the dump that connects to the back side of the Town's Road Department and then there might even be a way to get to the back side of Fairfield hills but I am going to leave that for another day. 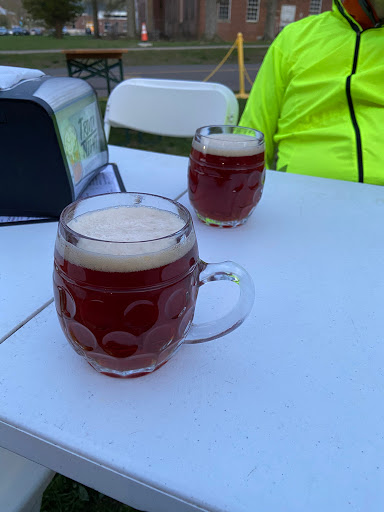 As the sun went down the wind seemed to intensify and coming out of the north it was bringing colder air with it. Mike and I tried to get a table inside the brewery but it wasn't happening.  We started out with a couple of beers. He had the Counting the Days and I had the The Goat Mai Bock to start. 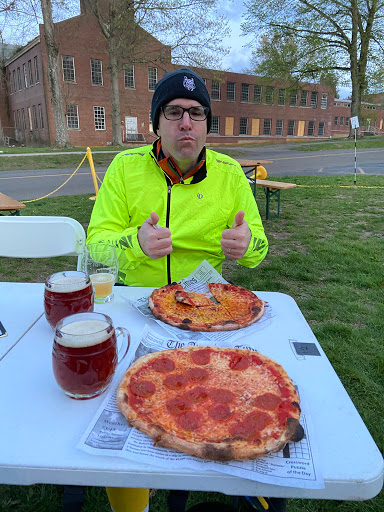 With the pizza we ordered we both got a mug of the Dunkel which was superb, as well as the pizza was awesome, too.
at 9:00 PM