One of my riding buddies from the Newtown Lunartics, Mike, was celebrating his 50th Birthday and wanted to do Gravel Ride from his new house in Gaylordsville, a hamlet of New Milford. He invited some of his high school friends from the Hartford area to join us so I planned a route that would hit the dirt roads near his house, go into NY and back into CT. 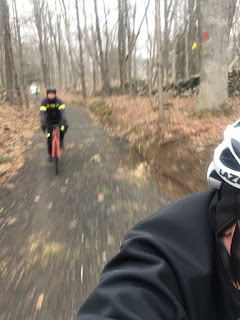 First Dirt was on Jericho Road but what was really surprising was when the road turned into a gravel trail. I had ridden through here a few years prior and back then it was a washed out right of way. This was awesome! 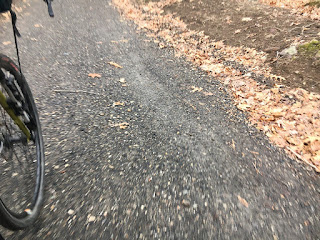 The biggest climb of the route started on Rt 37 in CT and ended 2.3 miles later in NY with Briggs Hill. Gavin thought I was trying to kill him but I am just trying to get him ready for D2R2. 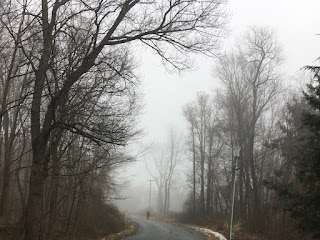 The fog at this altitude made it really eery.

Patrick made it up first followed by myself 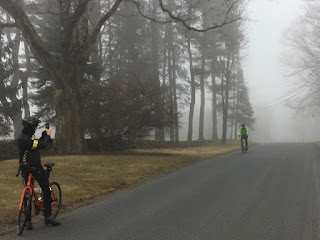 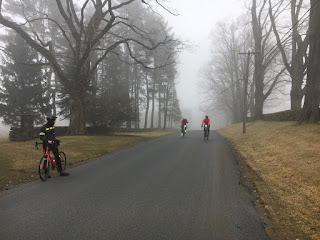 Finally followed by Gavin and Mike.
I think these was some walking. 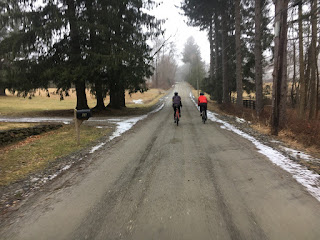 The road turned to dirt again. 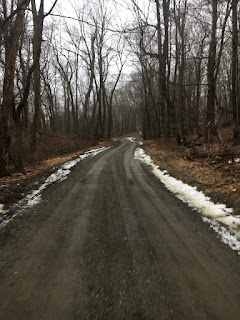 On Tracy Road, a long dirt road that isn't frequently traveled resulted in the first crash of the ride. Not that I was expecting one but. Tracy Road had some ruts in it that if you weren't careful you could easily lose control because they were deep. Mike experienced one the hard way. I nearly crashed the same way, too. 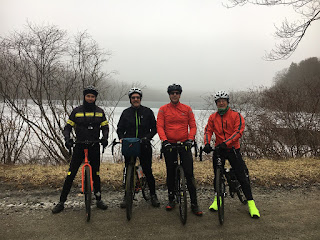 From left to right: Patrick, Me, Mike & Gavin. Jason took the picture 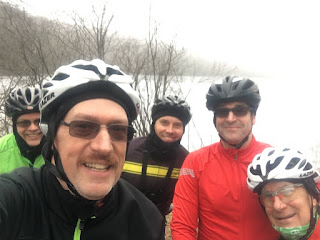 From left to right: Jason, Me, Patrick, Mike and Gavin 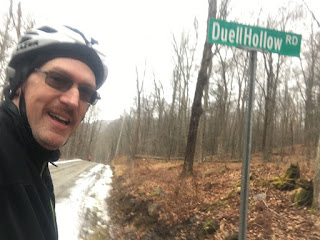 At the end of the gravel part of Duell Hollow there was what looked like a big climb but it wasn't all that bad.  From here we road through Dog Tail corners and made our way to Weil Road and then back in to Connecticut and onto Schaticoke Road. We road past the cascade that was flowing nicely 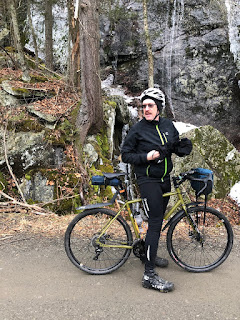 And then continued on into Kent 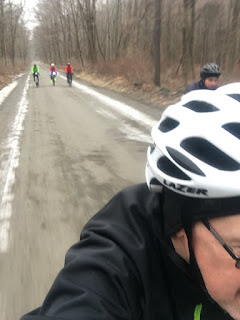 Schaticoke Road is really flat and frequented by walkers, hikers (Appalachian Trail parallels it) and people using the Housatonic River that which is parallels. 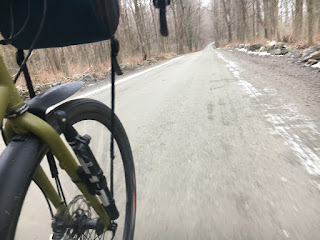 We stopped at Kent Coffee & Chocolate Company for a snack 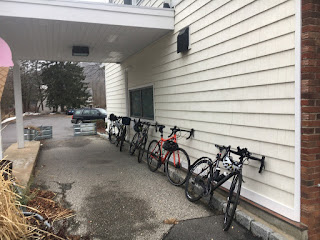 Then we headed to Cobble Road which would be the last dirt section of most of the folks on this ride. 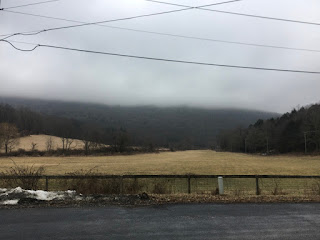 It dumps out into this picturesque valley. 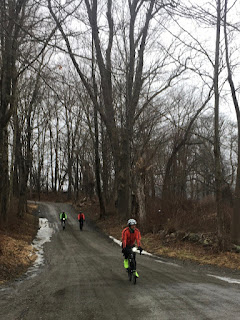 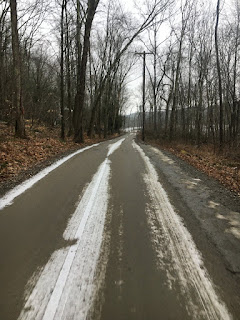 Mike, Jason and Gavin weren't interested in anymore climbing so they continued down South Kent Road back to Mike's place in Gaylordsville. Patrick and I went for the last climb, Camp Flats Road. 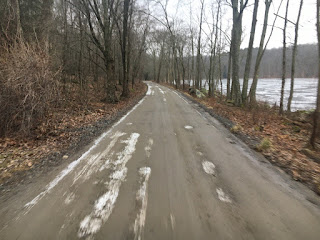 The last dirt section of the ride was on Mud Pond. 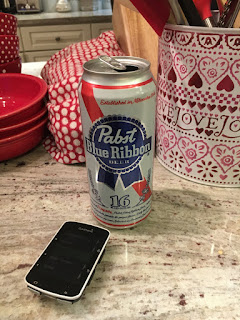 While everyone brought Mike beer to celebrate his birthday, Mike bought a six pack of my favorite beer for after the ride. It takes a refined pallet to appreciate this beer! 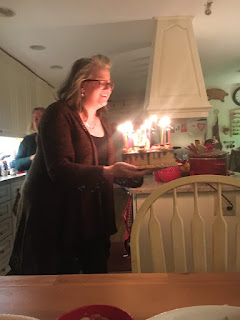 After plenty of hor d'oeuvres, Mike's wife Jen brought out the birthday cake 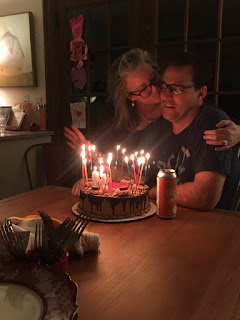 And Mike rolled into the Over-the-Hill Club
at 10:00 PM