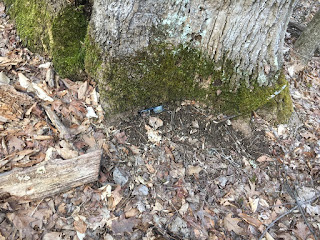 Just past the intersection with the white trail and where the Poly Brody starts climbing I noticed a nice pair of glasses at the base of a tree. They must have fell out of someone's pocket. 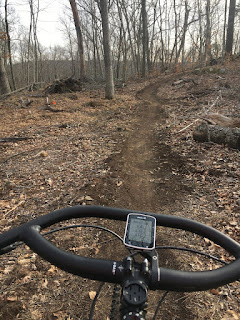 The trail has reformed nicely in one of the logged out areas but definitely want to berm the turn this part of the trail goes into. 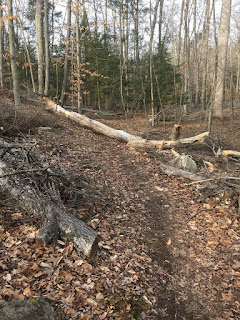 Found a new blow down on the hunter's trail between the lower part of the Gussy and the Jeep Trail.
It could make a good up and over. 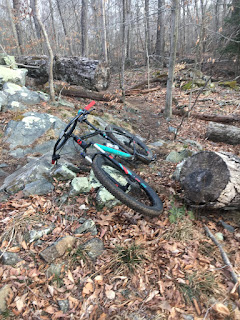 What a perfect day! 25 degrees is awesome. 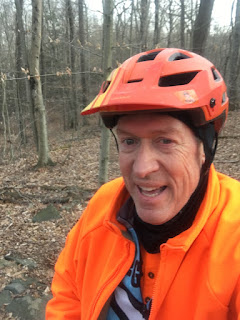 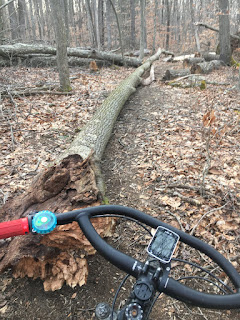 And there is another even another blowdown on the illegal trail. 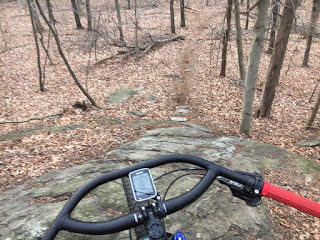 I Qm'ed the Jabba the Hut Roller but I didn't do it.
I think I found a B line off to the side I want to open up and it might be a good way to ride up.
NFW this time around. 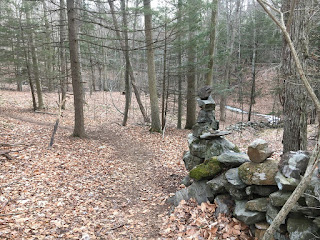 There's now Hippy Stacks on the lower part of the Mulikin Trail. 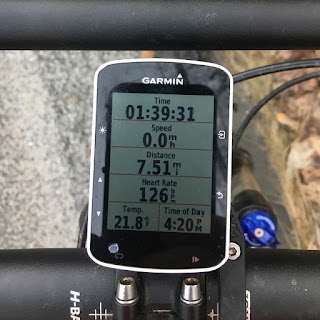 Temperature dropped towards the end of the ride but I never felt it.