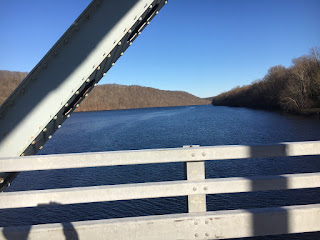 For me, variety is the spice of life and I can't ride the same route day after day so far the next ride after work I decided to head north into New Milford. 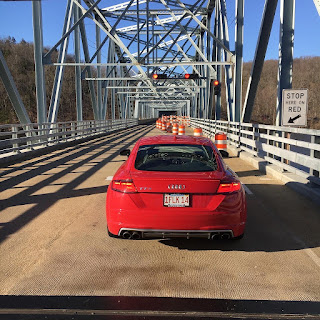 There was a bit of a delay at the Rt 133 bridge that crosses into Bridewater. The State DOT recommenced their surfacing project which means they have to block one lane on the bridge. 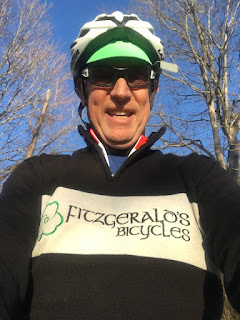 Since it was warmer out today I gave the new cycling sweater another go, only this time I added an extra layer underneath consisting of a cycling jersey. The additional jersey gave me extra pockets to carry more things, too.


When I got to the highest point of the route, it was taking me longer than I had anticipated due to all the climbing and I might have to cut out some of the course. 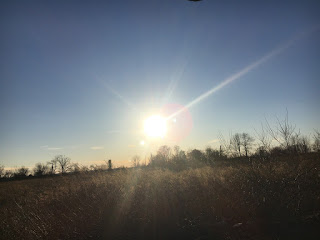 The view to the west, while gorgeous, the sun was telling me that I had maybe an hour of daylight left and 1/2 hour of light after that. I will probably be riding home in the dark. The only part that I wasn't too happy about on this route was the descent down Buckingham Road. That steep descent you see above in the routing profile has a max grade of -15% and is a 1.6 mile descent, combined with sections of rough roads and little curves make it treacherous.  It it, however the only way to get to Paper Mill Road, which is an awesome gradual descent along a river that takes you right into the heart of New Milford. 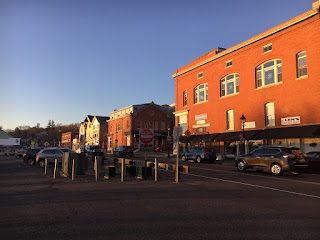 The setting sun was still high enough to paint the town in orange. 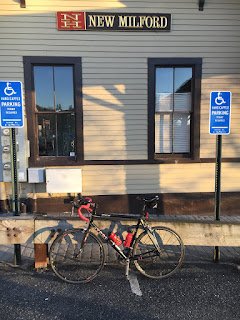 Being a train buff I always go to the train station which still looks like it did many years ago when passengers used this rail line for travel. 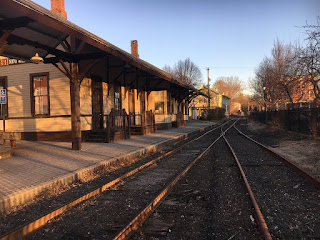 From New Milford I rode along Lake Lillilonah but up here it has a current so it might still be considered the Housatonic River.  There were quite a few boats on the water with people fishing. 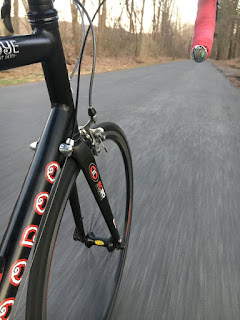 One of the best roads between New Milford and Brookfield is Errickson Road because it's a carpenter's dream, at least for the first reason. 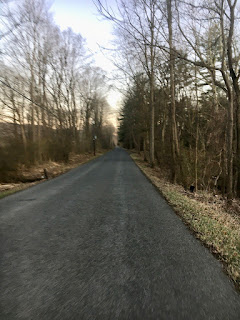 After I turned onto it I realized that I should have just climbed up Pumpkin Hill because I was going to be cutting the course short and to get back to the center of Brookfield I would either have to climb up Rt 25 which is not bad given how there are so few people on the roads these days but I thought it was (not sure why) or Silvermine which is usually even busier, narrower, and windier, essentially not safe at all. 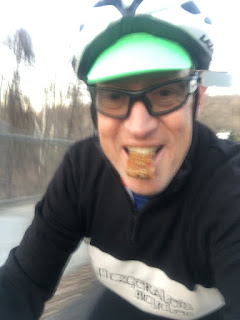 In any event I was going to have to climb some hill tonight so I figured it would be a great time for a little energy boost. I broke out another Layla Bar that was the perfect energy boost, which to my chagrin I decided I would climb up Baldwin Hill to Ironworks Hill.  Basically the hardest hill on the ride.

By the time that I got to the center of Brookfield it was pretty dark and cold, too. I turned my light but it was still a little warm enough that I didn't need to put my jacket on. 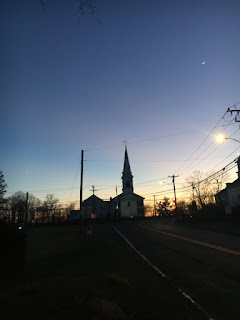 From Brookfield Center to home it was lights on! 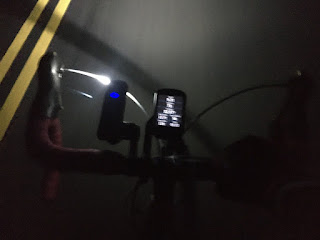 I did call an audible from Brookfield Center and it was nearly the same distance.