Flat as a board and saw no Bush

My family and I headed north at the end of July for our annual summer get away, this time to York Beach, Maine.  Unlike past summer vacations we were only staying a few days and opted for a hotel rather than renting a house, which for a cyclist presented a different set of challenges.  For thing, it meant my bike had to stay on the bike rack and endure the elements.  I kept it, along with the tandem well secured to the bike rack but seeing all the other bikes in the racks at the hotel, some not even locked up I wasn't terribly afraid of theft. 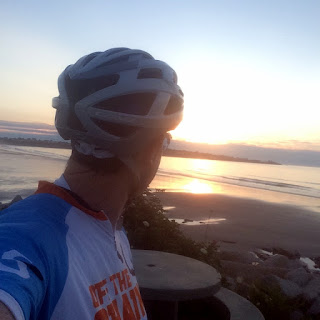 Being the early riser, the first morning at the beach, I was up and out of the hotel at the crack of dawn and heading out to ride with the sun rising was truly brilliant.   My first ride of the vacation I rode south towards Portsmouth but once I came to Route 1, I headed north. 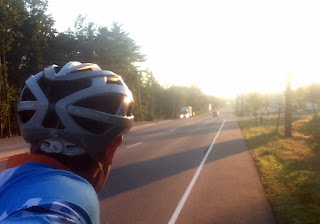 It was still early enough that riding such a busy thoroughfare was not as scary as one would imagine.  For the first couple of miles there was even a bike lane, which then gave way to a pretty wide shoulder. 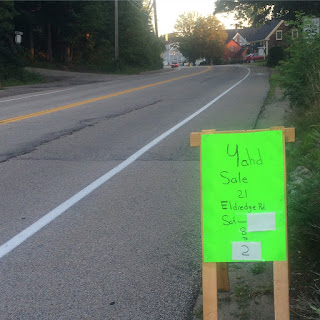 You know you are in Maine when every other sign is for lobster and the peculiar way in which the locals spell yard. 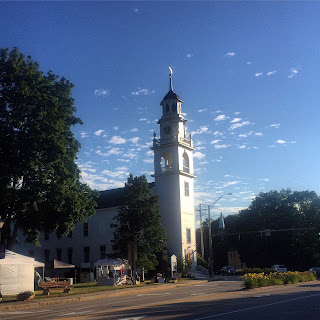 Kennebunkport was quaint to say the least.  Downtown was really nice and when I stopped to refill my bottles I found everyone to be quite nice and really chatty.  Didn't see any of the Bush family, though. 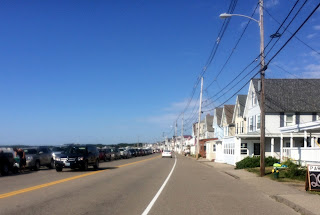 On the way back I rode along the shore from Ogunquit to Cape Neddick.  I sort of rode with this other guy for a bit, or should I say we rode together at a distance. He wasn't very chatty so I assumed he wasn't from around there. This route was was like a roller coaster and I was making pretty good time despite a little headwind. 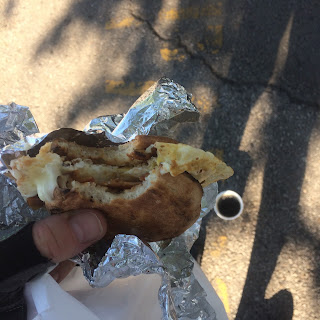 Once there, I stopped at this coffee shop called The Daily Grind for a little ride nosh. Apparently it got some great reviews but if you ask me the food was kind of meh.  On top of that, they had outside seating but you had to be seated and waited on. I felt that was BS and decided I wasn't coming back.