Relive the Newtown Lunartics ride to Ovens of France

The weekly Newtown Lunartics Ride Before Work to Ovens of France was a day early on account that Steven was driving up to Burlington, VT to drop off his daughter at College. We headed out on our usual route departing from behind Cover II in Sandy Hook and heading out along Lake Zoar on West Purchase Brook. 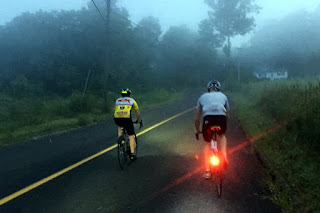 We were riding with another new member who recently moved to Newtown and who I met at D2R2 earlier.  John comes to us by way of Rhode Island and the United States Marine Corps.  He is a couple of years younger than us old Farts and super fast. Trying to keep up with him is always fun. Of course his naivete came out earlier on our first ride when he asked whether or not he should have a blinky. 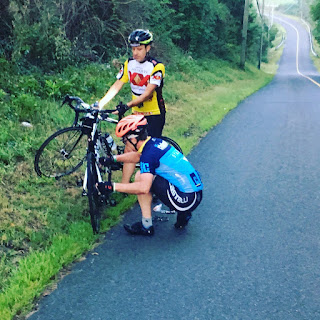 On the climb up the backside of Spruce Brook is when disaster befell our merry band of men in tights, Gavin's chain broke (again).  This happened once before a few weeks ago, further out on this route.  Fortunately, I had given Gavin a chain tool so he got busy and got it fixed pronto.  He was a quick study from the first time around. 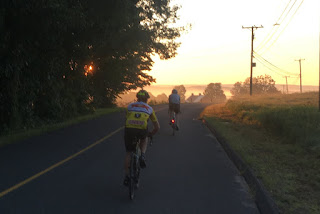 Finally we made it to the top of the mountain and the sunrise was incredible.  In his hurry to capture the moment Steve dropped his iPhone into the middle of the road. 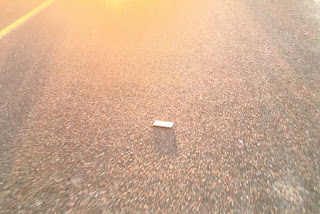 The moment was perfect! 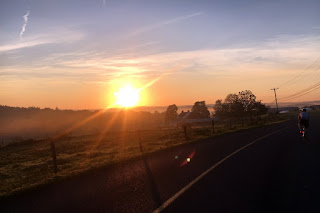 Descending down Spruce Brook we all hit some pretty fast speeds and then as usual we head out Route 172 towards Transylvania and Woodbury.  As we got closer to the Transylvania swamps it got foggier again and the cool air made it really nice for cycling. 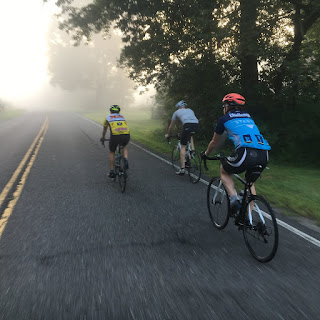 Eventually we came to the destination that we have been jonesing for the past three weeks, Ovens of France!  They had been closed for remodeling and now they were finally open.  I had my favorite Croissant, Ham and Cheese with a dark French Roast Coffee. 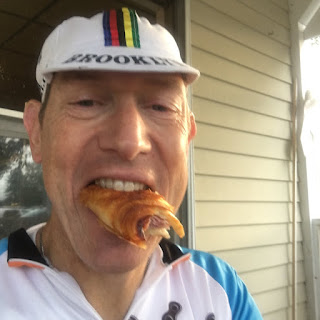 Then we headed back to Sandy Hook by way of Heritage Village.  On Route 6, just after the intersection of Route 172, Gavin broke his chain again!  This time, he called the Spousal Sag Wagon. I ended up riding back to the Hook alone because Steve and the new guy were taking the Route 84 bike path back to Newtown instead.