Early and Dirty: Dirt before Work

With my road bike in the shop I headed out on my weekly #RideBeforeWork on the Cross Check with the intention of riding some dirt roads in and around Newtown.  I had heard through the local velo grapevine that someone had rigged up pallets on the old bridge on Black Bridge Road, thus allowing people to or ride across the Pootatuck River. 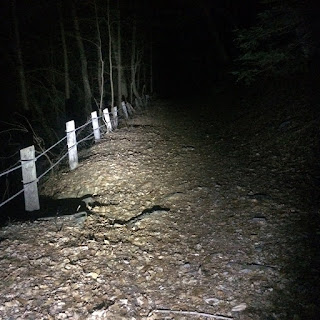 I started my ride at 5:20 AM on Tamarack and then heading onto Sanford Rd, both dirt roads near my house. Then I rode over to the vineyard and took the old Rail Road bed over to Walnut Hill and then cut back to Black Bridge.  Heading down Black Bridge in the dark of night was eery.  According to the sign at the bridge, Irish immigrants lived in the Walnut Tree section of Sandy Hook and used this road to get to the hose factory across the river for work.  According to local lore, this bridge stopped being used over 50 years ago. 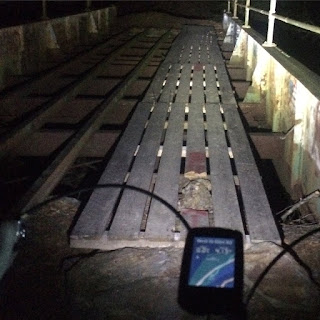 There are pallets spanning two of the longitudinal supports/rails that would have provided support to the overlying roadway, which was probably also wooden back in the day.  Not sure how they are secured but a few of them have zip ties holding them down.  It also appears there were some loose boards that have now been fixed and hole that filled in with some rocks.  I didn't take any chances and walked my bike over the span. 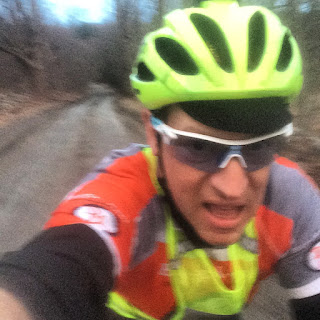 While it was threatening the rain it didn't and it was so warm out that I was riding in shorts and just a long sleeve wicking shirt and jersey.  From Sandy Hook I hit the dirt roads at the Governor's Fields and then Old Farm Road.  From there I cut over to Deep Brook and then up Point of Rocks.  Two really nice dirt roads in the Newtown.  From Boggs Hill, I went up Mount Nebo to pick up Ox Hill Road, which was a really nice dirt road decent. 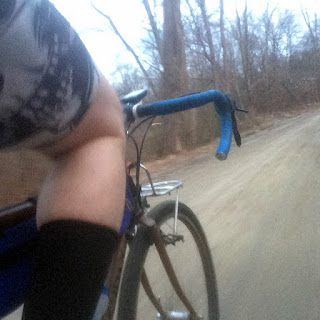 From Ox Hill I went by the Cherry Grove Farm and took Beaver Dam Road.  There is a paved section of within the middle of Beaver Dam due to a housing development, which is really ridiculous. They should have just kept it dirty.  Once on Brushy Hill, I rode Old Town Road.  There aren't any signs that say no outlet and while it goes through in spirit, I wouldn't recommend it for any gravel rider.  The last downhill section of the Right of Way is essentially a stream bed and is more suited to mountain biking than gravel riding. 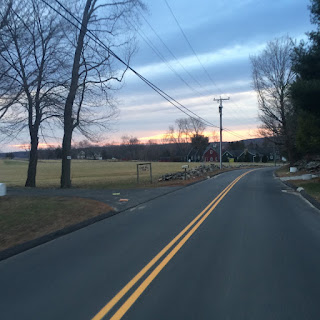 Old Town pops out onto Huntingtown Road and from there I rode over to Meadow Brook and took the dirt section of Pine Tree Hill and then cut over to Middlegate School.  There is an unnamed dirt road that goes from the school and runs behind Stop & Shop and eventually connects to Bryan Lane. I this road is actually a sewer and water line for the school. 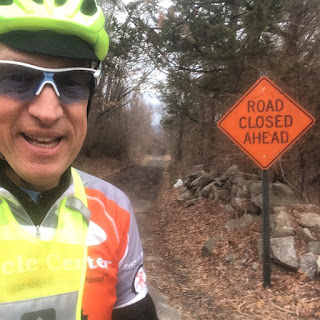 Then I rode back to Huntingtown to climb up the closed section of Platts Hill.  From there, I rode back down Brushy Hill to Point of Rocks and took that to Deep Brook  and then back home via Tamarack.  Next time I do this route, I have to include Old Echo Valley Road.