Mt Greylock has been on my bucket list and today I finally got to check it off.  When I had heard that Berkshire Cycling Association was offering a dirt road ride to their annual Greylock Century ride, I was in like Flynn! I had contemplated doing the century but I don't think I would have been ready, but a lesser distance and to do it on gravel who could say no to that? 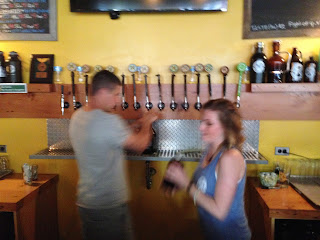 I headed up to Will's house in Spencertown the night before, stopping off in Chatham to fill my growlers because I was supplying the beer for dinner.  I filled the 64 oz with Farmer's Daughter and and my half growler (32 oz) with more of the 8 Barrel IPA. 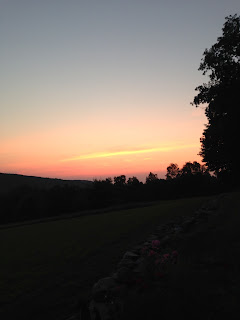 Dinner at Will's, combined with the svelte Farmer's Daughter, and a beautiful sunset made for a nice relaxing evening. 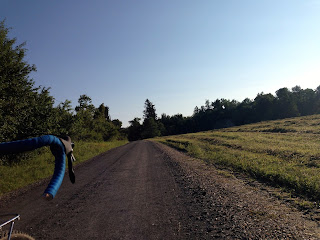 At the registration point, Notchview, it was beautifully sunny with just a hint of chill in the air.  Many riders were going out with arm warmers on but you you knew those would be discarded quickly after the first climb so I opted to not put mine on.  After registering we hopped on our bikes and the first turn in the course we were on sweet, freshly bladed (it seemed) Massachusetts gravel. 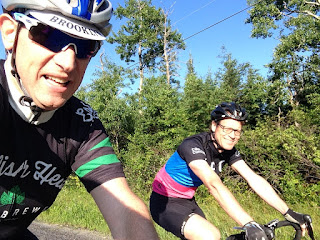 Descending down from Notchview on some really nice dirt roads and seasonal routes we encountered a phenomena that I think neither Will nor I have ever ridden in before, fog!  First thing through my mind was remembering that I didn't have my front blinky.  I had the rear one, though.  The visibility was about 30 yards in front. 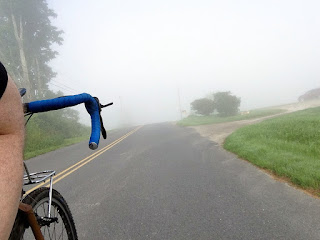 The fog did cool things off. 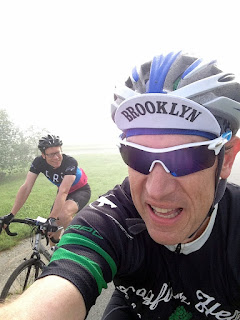 After awhile we were treated to a nice view of Brodie Mountain. 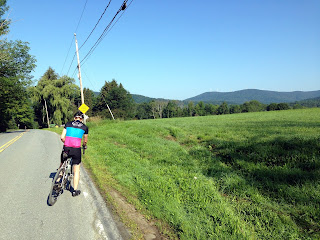 Eventually we found ourselves on Mount Greylock Road 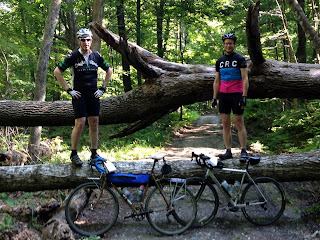 And were treated to some interesting obstacles. 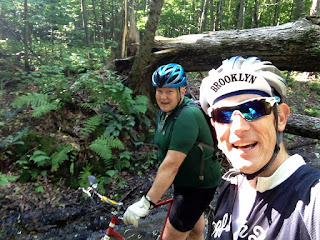 While Will was fixing his bike we met Ed Carman.  Ed told us we were the first Gravel riders to come through so far.  Will's valve stem came out of the tube and I thought we were going to have to change his tube but he was able to get it back in.  I whipped out my CO2 inflator and got him up in running in 2 seconds. 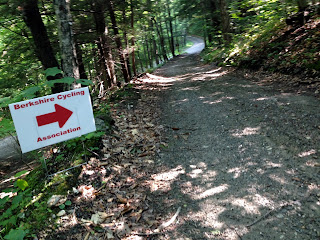 At this sign is where things go interesting and by that I mean really steep!  In fact, it was so steep my chain started skipping off the front chain ring and I had to walk a few sections.  Looks like it's time for new gears. 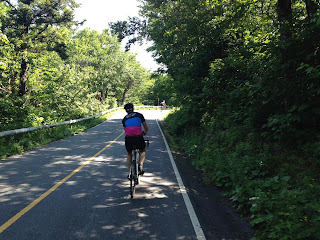 The dirt ended and then we climbed the hard ball to the top. 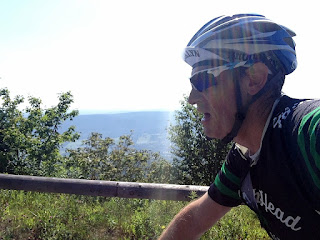 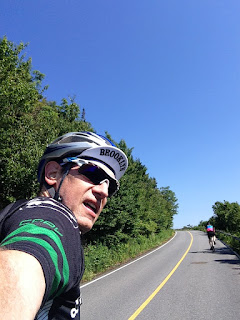 And climbed some more 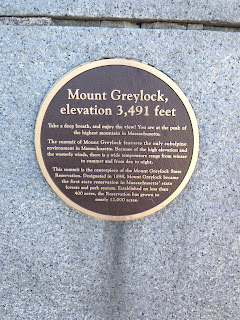 Finally we got to the top! 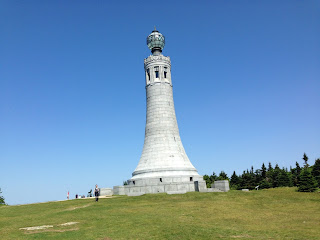 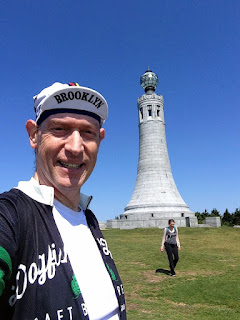 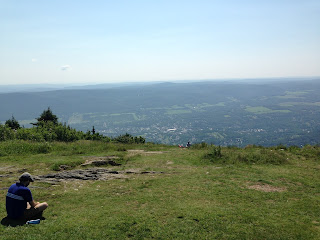 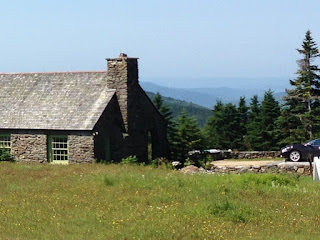 If you look real closely in the picture above you might see a little white tower.  That's the Zephyr, Jiminy Peak's windmill. 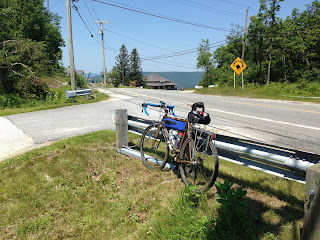 We descended Mt Greylock into North Adams and then began climbing again on Rt 2. 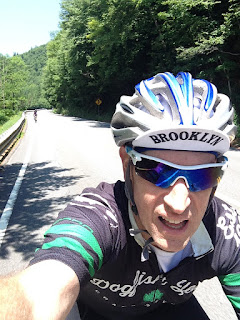 The descent down the backside was awesome! 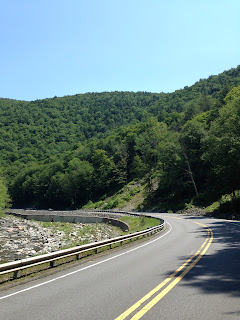 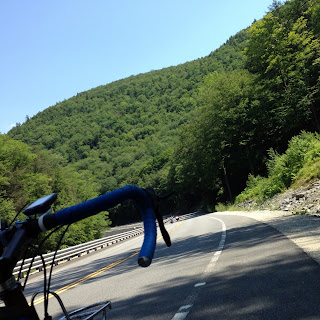 Finally, we came to the bridge over the Deerfield River 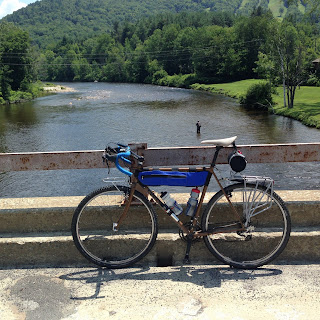 After crossing the Deerfield River we climbed E Road behind Berkshire East Ski Area.  We did this climb last year on the 2014 D2R2 and it was just like I remembered it from last year, brutal!  My skipping chain didn't help in the really steep parts either. 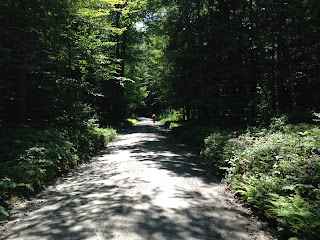 Apparently there was only one other Gravel Rider, Christian Bratina of the Litchfield Hills Cycling Club.  He had a triple and was zooming up theses hills!  There was a detour that we ended up following loosely but instead of riding the last dirt section we opted for the road and that was bear because it was all climbing back to Notchview.  When we got back I cramped up seriously.  I drank a lot but I didn't replenish my electrolytes and that's was got me!