The desire to explore more gravel roads in Western Massachusetts has been high on my list and since I had the Friday before the Fourth of July off I made plans to meet Will in Copake to do just that.  Of course, I couldn't resist hitting Mount Washington State Forest, home of the biggest road climb, albeit dirt, in Connecticut call Mt Riga Road.  What was disconcerting about this route was hitting Mt Riga Road and 50+ miles of riding but from the starting point in Copake, there was just no other way. 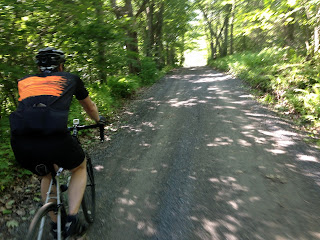 The steepest climb on this route is Sunset Rock.  It has an average grade of 12% and the steepest section is 22%.  Will and I made short work of it being right out of the gate. 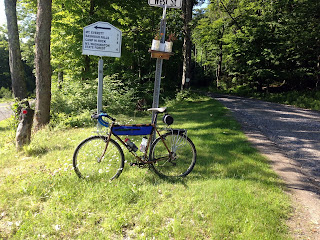 Before descending toward the Jug End of Mount Washington State Forest stopping at the intersection of West Street (Gravel) and East Street (Pave) is always nice to take in the view. 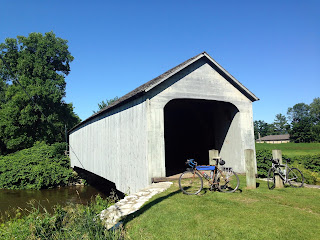 Riding across the Eggermont/Sheffield plain yielded more gravel roads that I found on the map and confirmed with this ride.  Eventually we came to this covered bridge that I never knew existed. 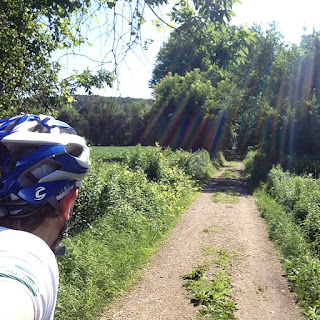 I wasn't sure whether Covered Bridge Lane actually went through or not. 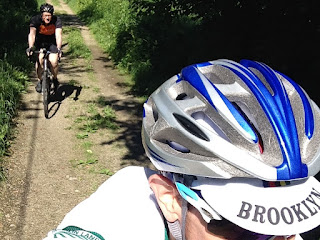 On the satellite photo it appeared to turn into someone's house but it does go through and it's great cut through. 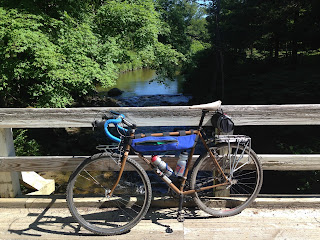 Climbing up out of the Housatonic River plains we eventually came to Umpachene Falls Park.
The bridge over Konkapot River is blocked off to traffic and it's a nice dirty climb past the falls, too. 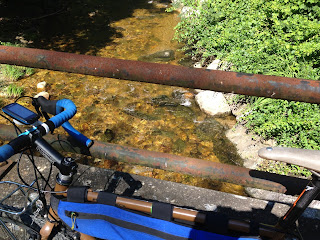 The bridge that connects Umpachene Falls to the Canaan Southfield Road is also blocked and goes over Umpachene River looked so cool and inviting. 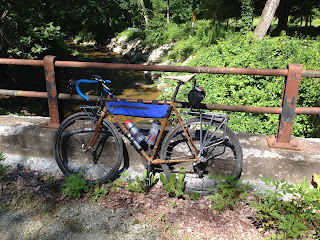 We rode up River Road, which on most maps is not there but I had heard from a reliable source that it does go through and it did. 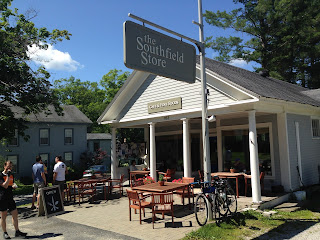 Eventually we wound up at The Southfield Store.  I remember this place as a kid when my father had a ski house in New Marlborough and we used to drive down Norfolk Road to get to Winsted and Route 8.  Of course, back then, the store was a general store/post office.  From here, the route took up East Hill Road, the second significant climb of the route.  What have annotated on the Tri State Gravle Map shows the dirt starting further towards the center of Southfield but it really doesn't get dirty until you crest the hill.  The route swings through Cookson State Forest and eventually drops down in Canaan Valley. 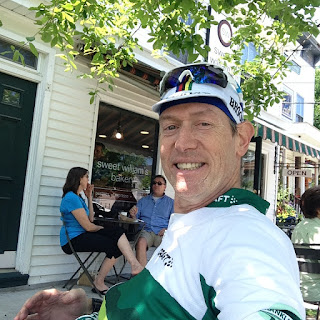 Riding back across the Sheffield Plain and back over the Housatonic River the route eventually lead us to the border with Connecticut.  While riding down one of the many dirt roads up we rode past a farm where this grisly old farmer emerged from a barn and I swear it was Gerry Garcia!  Then it was between the lakes, down Wildcat Hollow, back along the Housatonic and then climbing back to Salisbury where we stopped at Sweet William's Bakery for pastry and beverages to get ready for the last climb, Mt Riga Road. 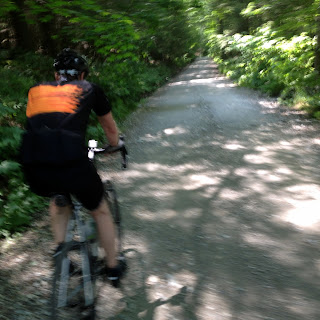 There were so many cars passing us it was nuts 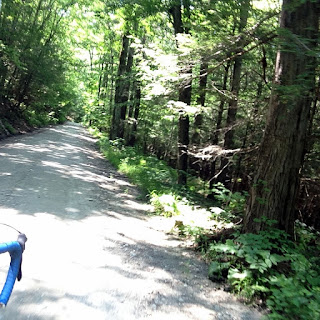 The road was in fine shape 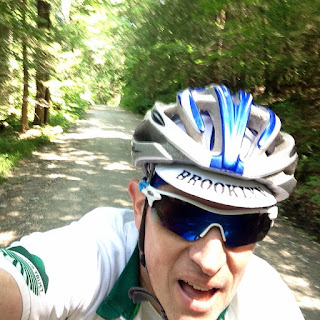 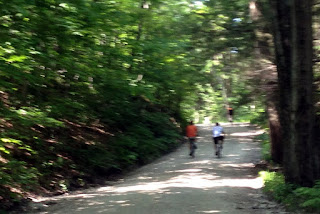 Passed a couple of guys on mountain bikes 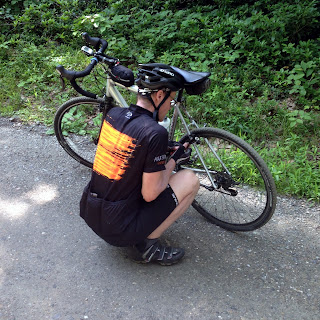 Coming out of the State Forest, Will's rear tire was getting mushy so we stopped to put air in it and hoped that it would hold till we got back to car.  It did.  From here is was a quick rip down into Bash Bish Falls and eventually back to the parking lot.  We drove over to the Four Brothers Pizza restaurant in Hills Dale for couple of Chatham Brewing's Farmer's Daughters and a pepperoni pizza!