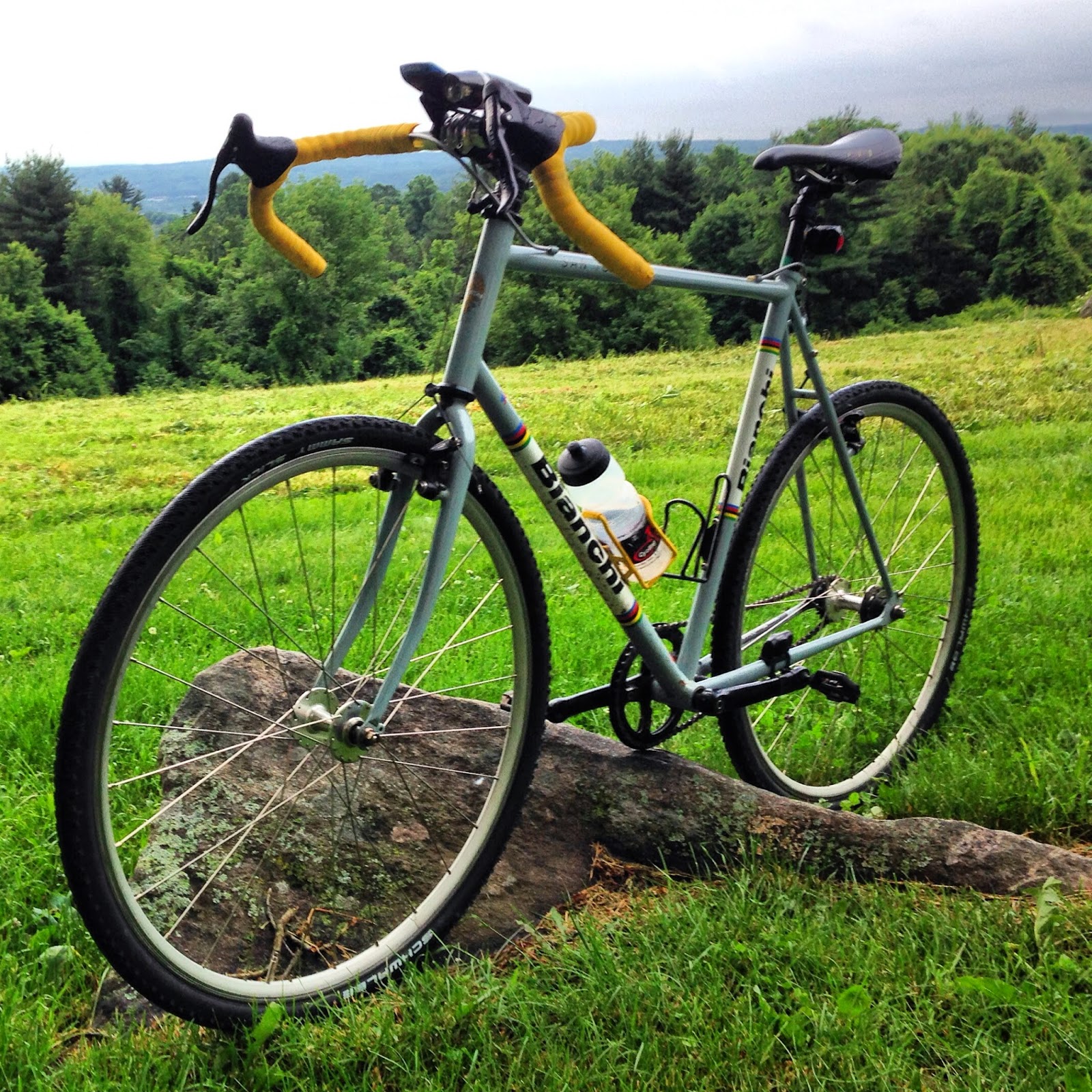 Woke up Friday morning to a heavy rain but by 7:00 AM it tapered off and just as I was considering pulling a Superman in the furnace room the phone rang.  My daughter left her text book on her desk and needed it brought to school ASAP.  So I didn't ride to work on Friday, but I should of because by the afternoon the sun peaked out as the Ryan Hanrahan predicted it would.  Getting home from work around 6 PM I pulled the Superman and jumped on the Bianchi San Jose for quick rip around town. 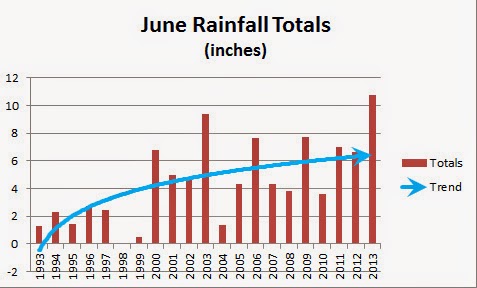 I did a quick back of the napkin analysis on rainfall totals in June for Connecticut with data pulled from the Connecticut Experimental Agricultural Extension, data is for Hamden, CT, and it shows a trend that June appears to be getting wetter and wetter.  Of course if you add the cumulative yearly total it will show a rise up to 2011 with an above average peak and then drop off in the latter two years but holding steady.  Doing an eyeball comparison to the other months, June is still wetter, and hence why I am calling our June our monsoon season. 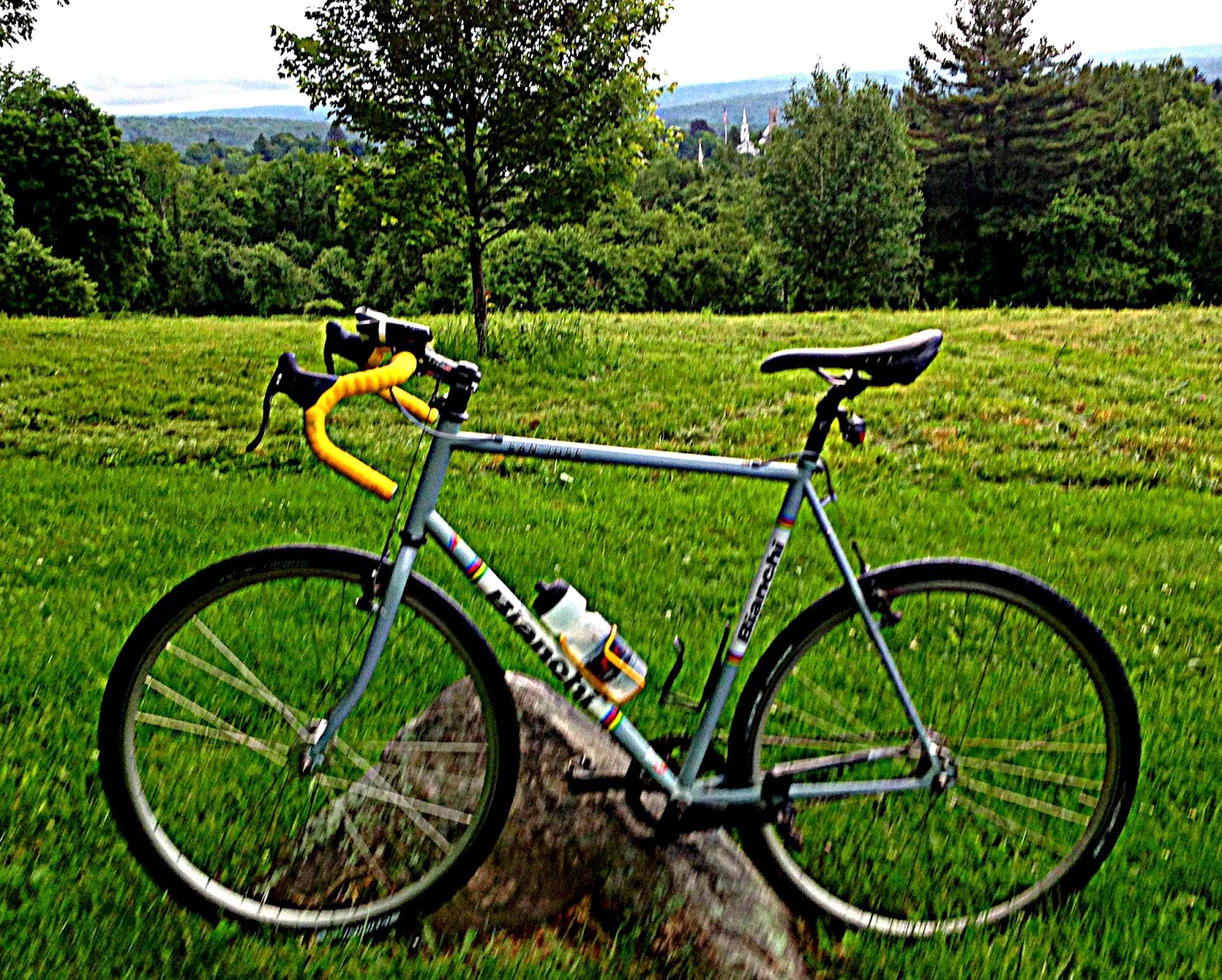 I have a pretty standard route that I like to ride with the San Jose.  Ride down to the Steel Bridge that crosses into Southbury by way of the Vineyards, up into Sandy Hook, up into the center of town and the Flagpole, up Castle Hill, around the Taunton Pond area and back to home via Pond Brook Rd. 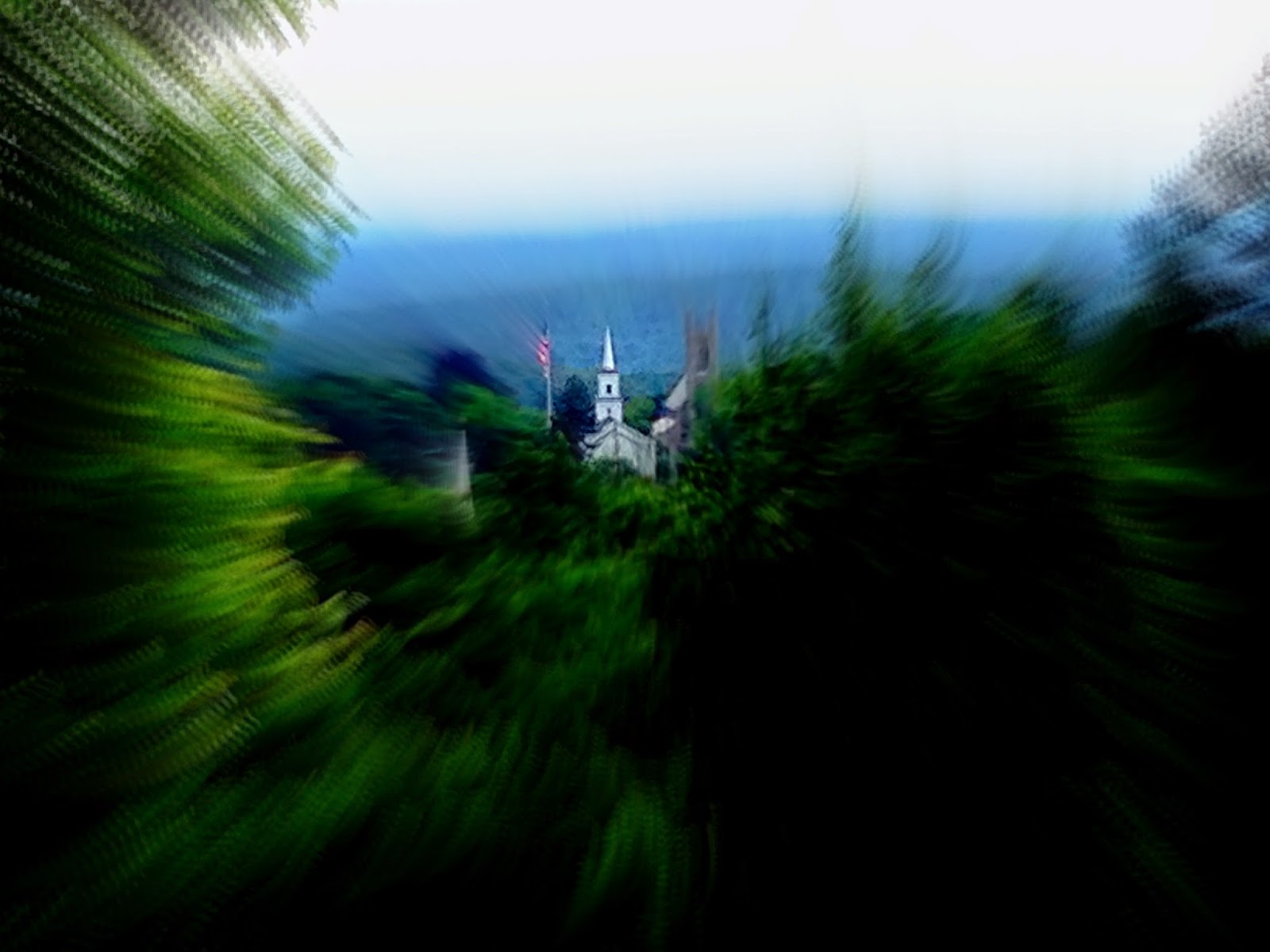 I was hoping to go up to Holcombe Hill and get some better pictures of the incoming storm but the distant thunder, that sounded like it was coming my way, put the kybosh on that plan so I to settle with Castle Hill. 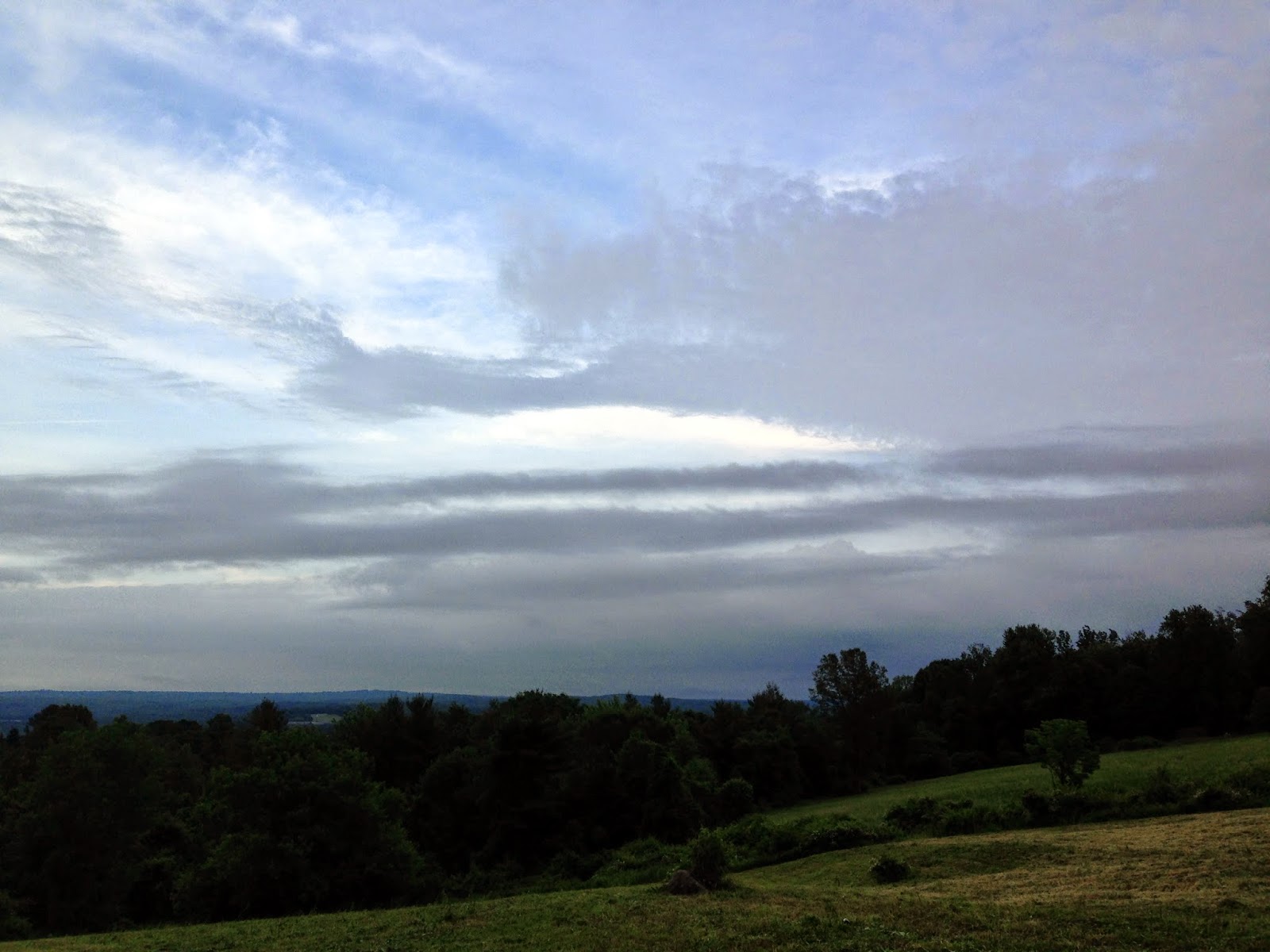 It was still looking nice off to the southeast 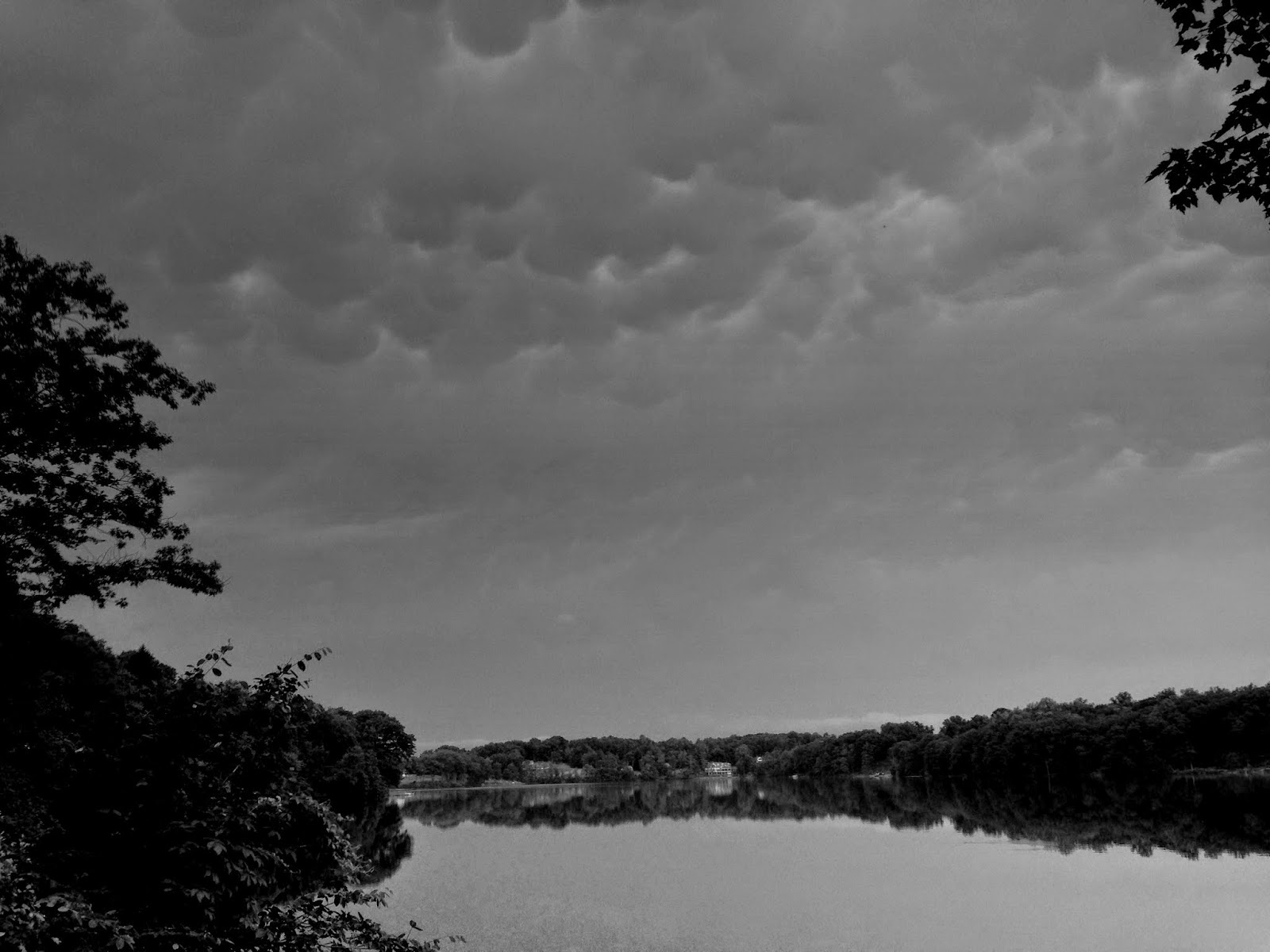 But not so nice coming to Taunton Pond 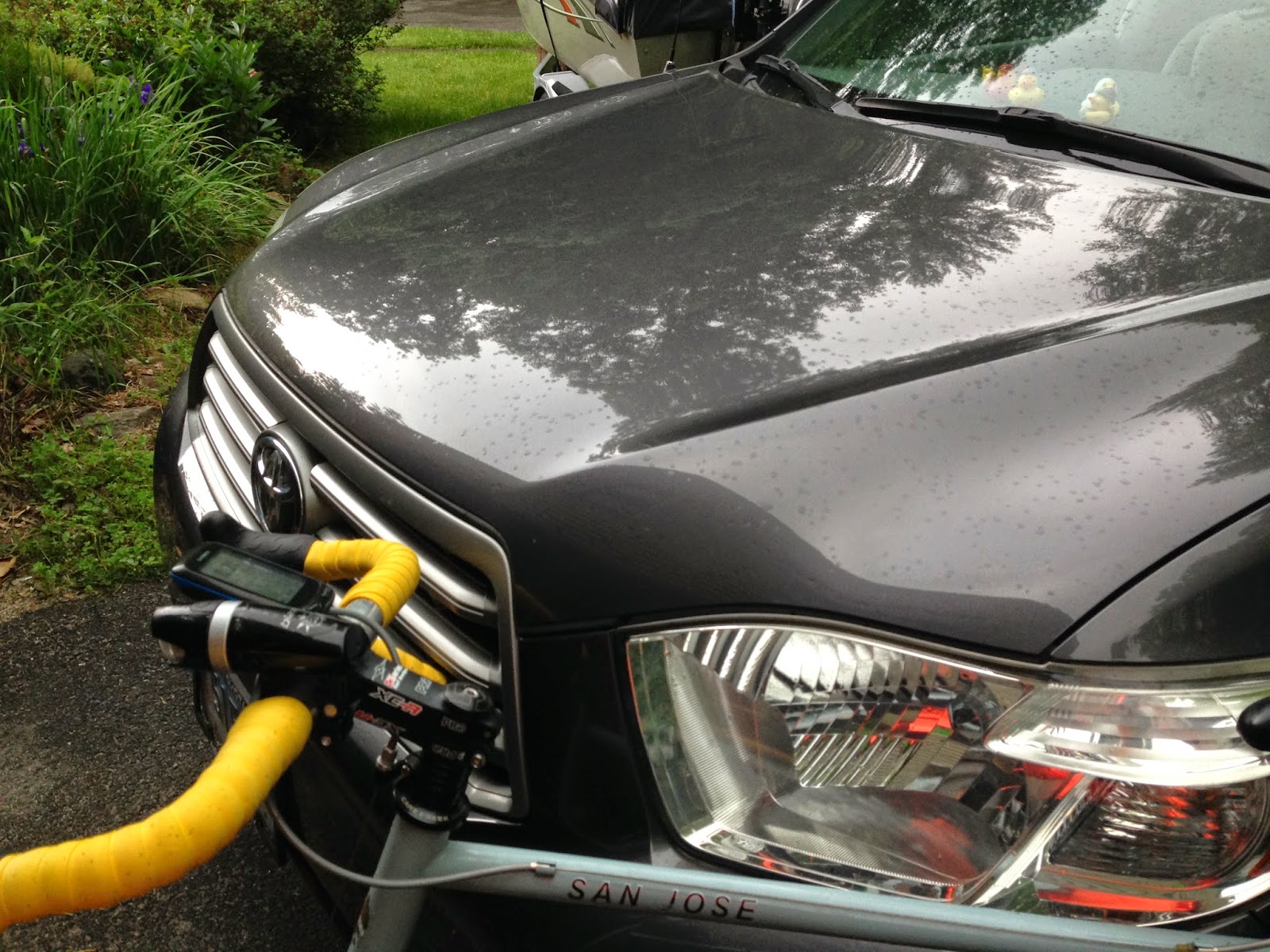 As I was pedaling up Hanover Rd is when the drops started to fall.