1000 Miles on the Surly Cross Check 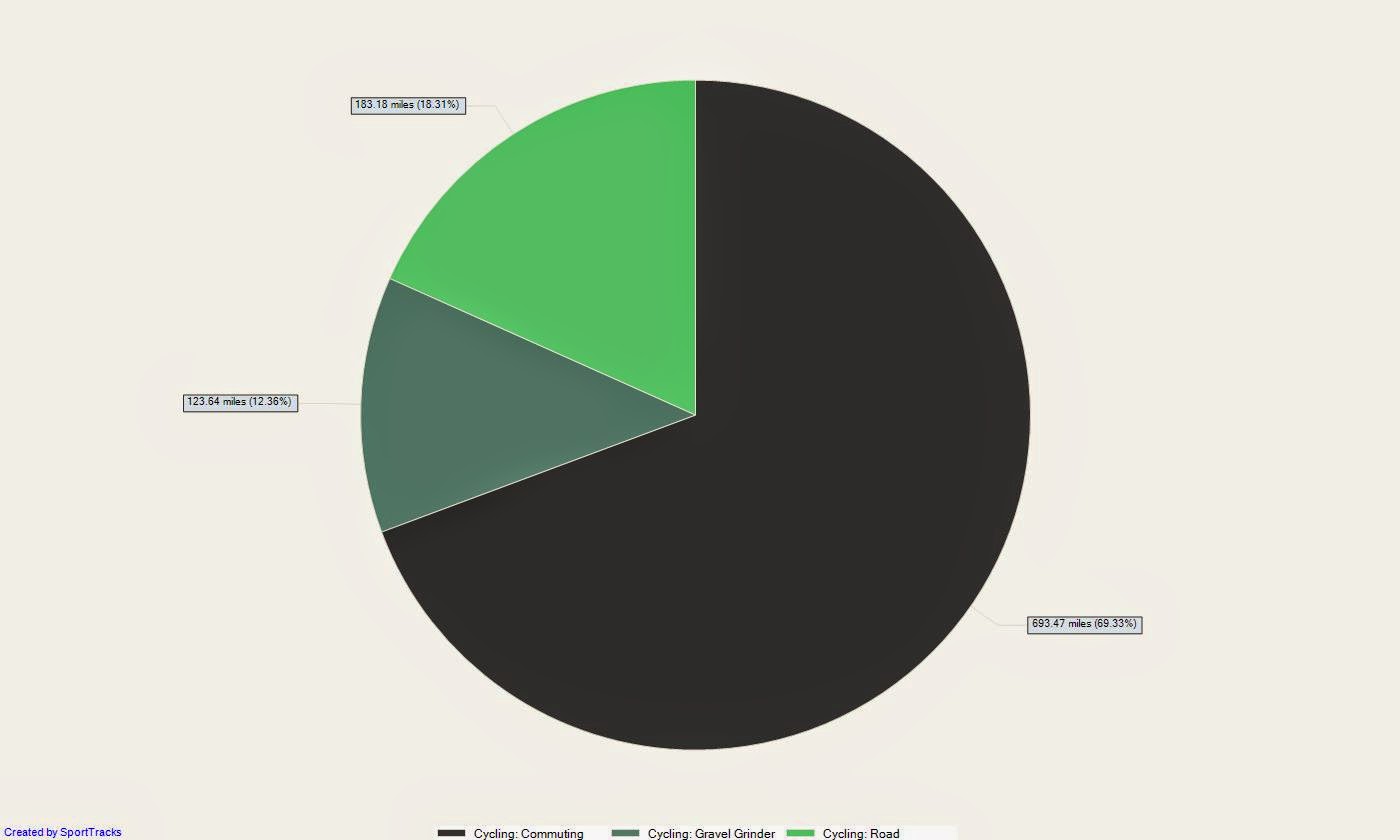 Call me a Bike Nerd or Bike Geek but I love data and I keep track of just about everything I can in a computer program called SportTracks related to biking, including my weight!  I use Strava and Endomondo, too, but I have been using SportTracks since I started riding and have just stuck with it. Thursday's commute took the Cross Check to 1000 miles ridden in just over 6 months.  Graphic above depicts the distribution of riding activities, the most of which is commuting.  The Cross Check is, by far, the best and most versatile bike that I have owned not specifically geared towards one discipline. 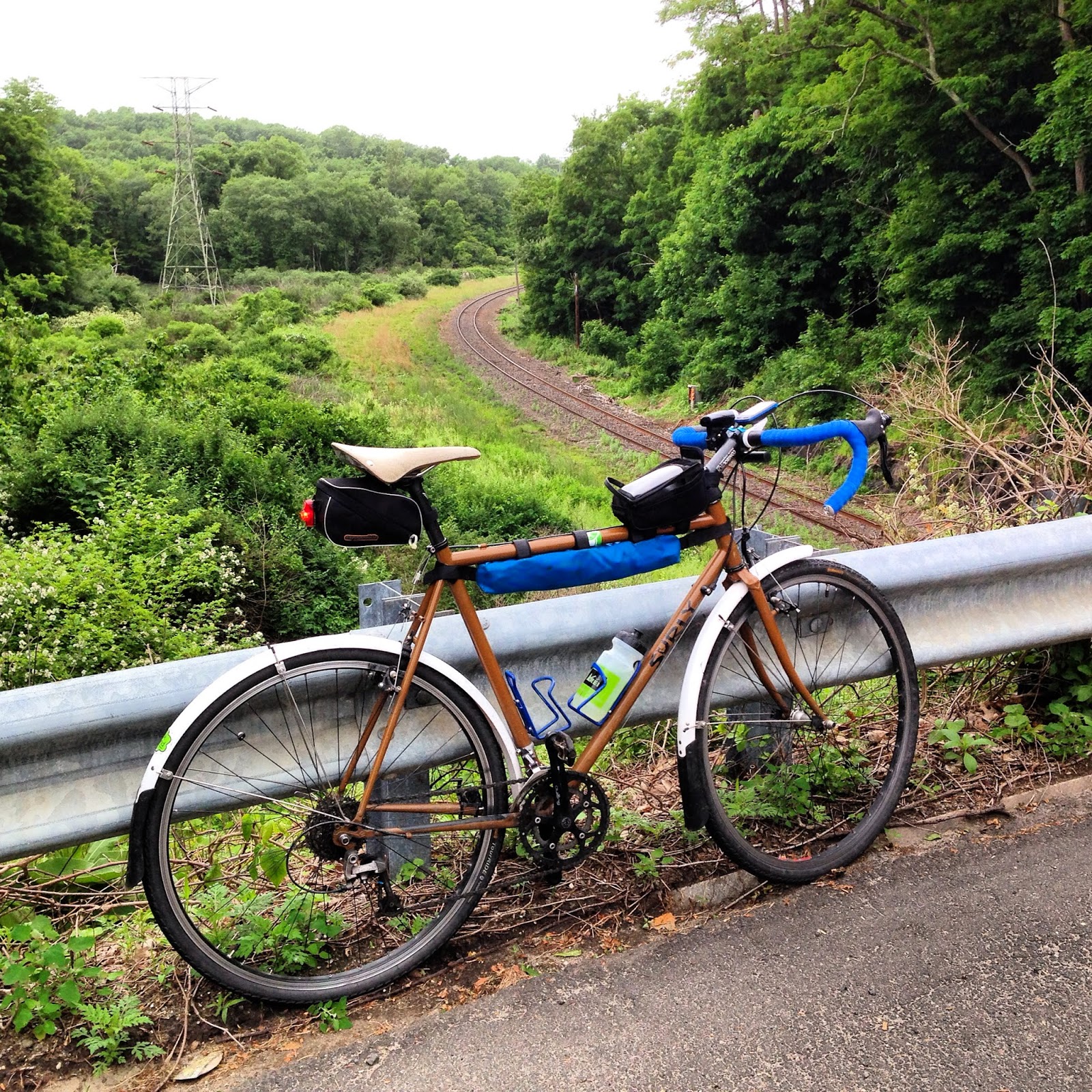 I lucked out on the commute because there was rain in the forecast but if it rained it was brief and not heavy.  The route in was my standard 10 miler but coming home I tried some new things.  My backpack felt a lot lighter today for some reason so I decided to climb West Wishconier and while riding up I caught a few sprinkles but nothing requiring a rain jacket.  I thought about just shooting down to Currituck but took Farrel instead because I wanted to see what happened to the tree that was across the tracks from last Friday.  Looks like the train just plowed right through it. 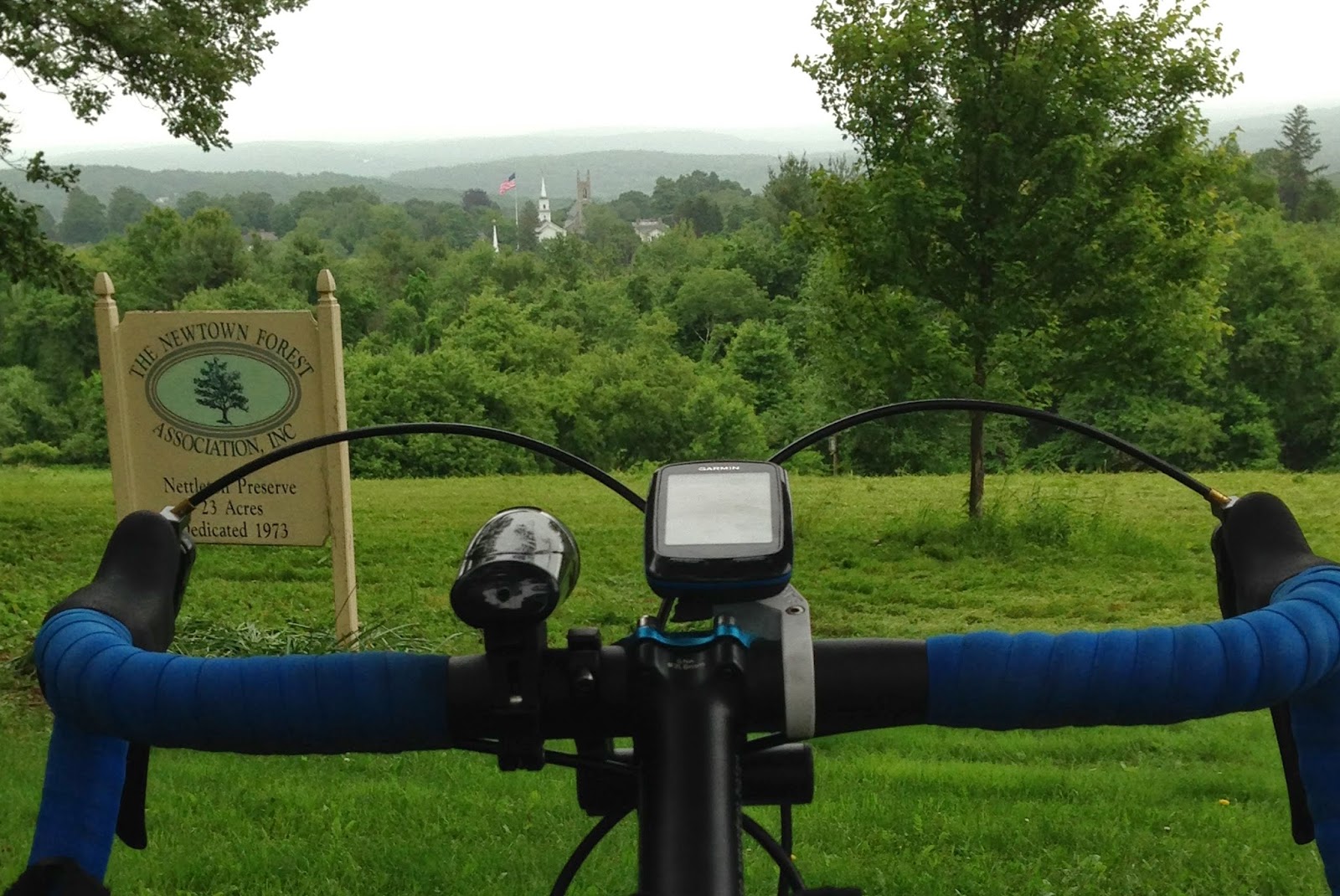 I cut over by Taunton Lake and went up the backside of Castle Hill to my favorite spot.  Called the wife to see whether I need to come right home or whether I could keep riding and she said it was all clear.  So I took the long way home by way of Sandy Hook. 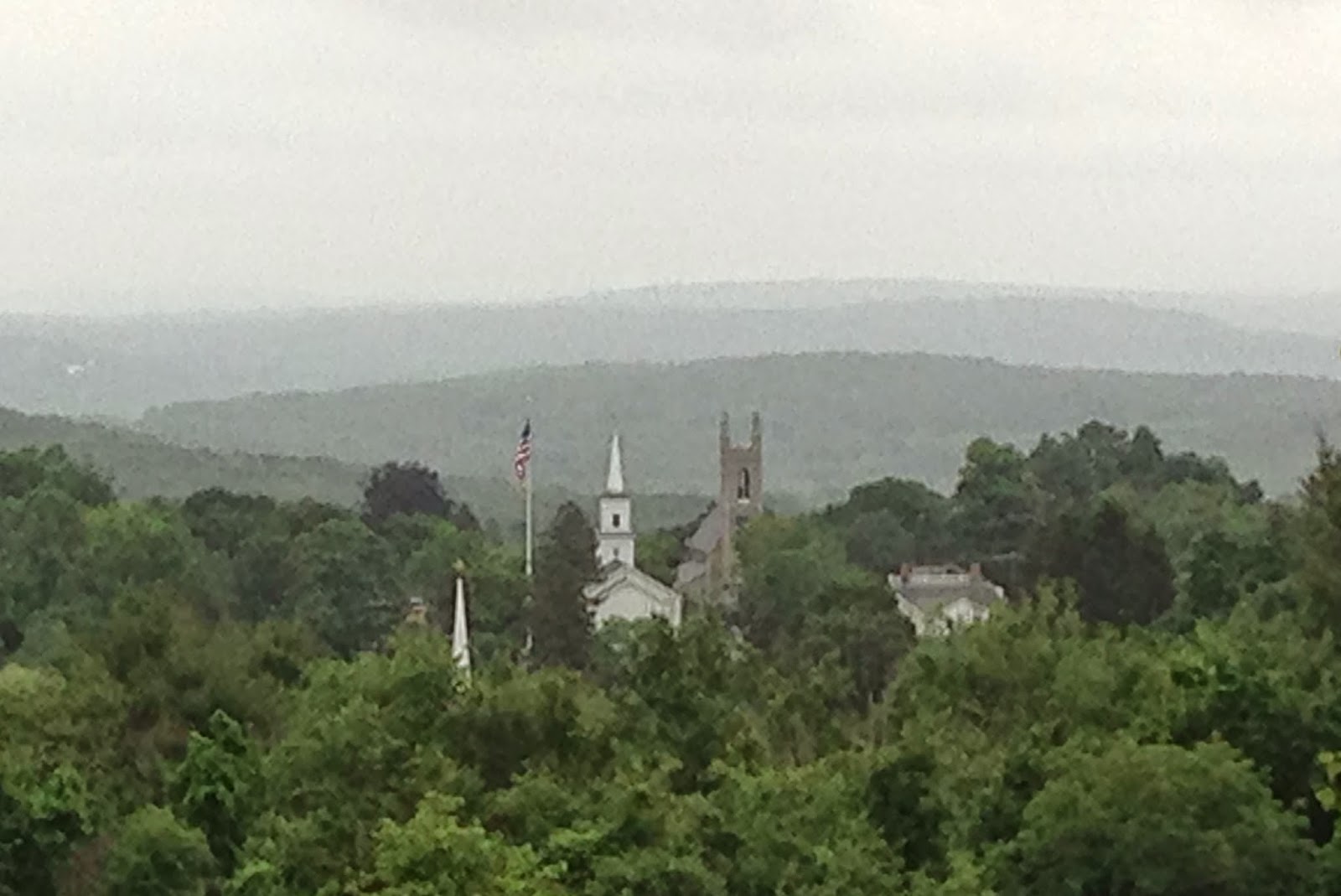 As I was coming up to my driveway my odometer was reading 28.5 miles and my total climb was 2850 so I figured if I did Silver City I could probably top off at 30 miles (20 in the afternoon) and 3000 feet of climbing.  So I did. 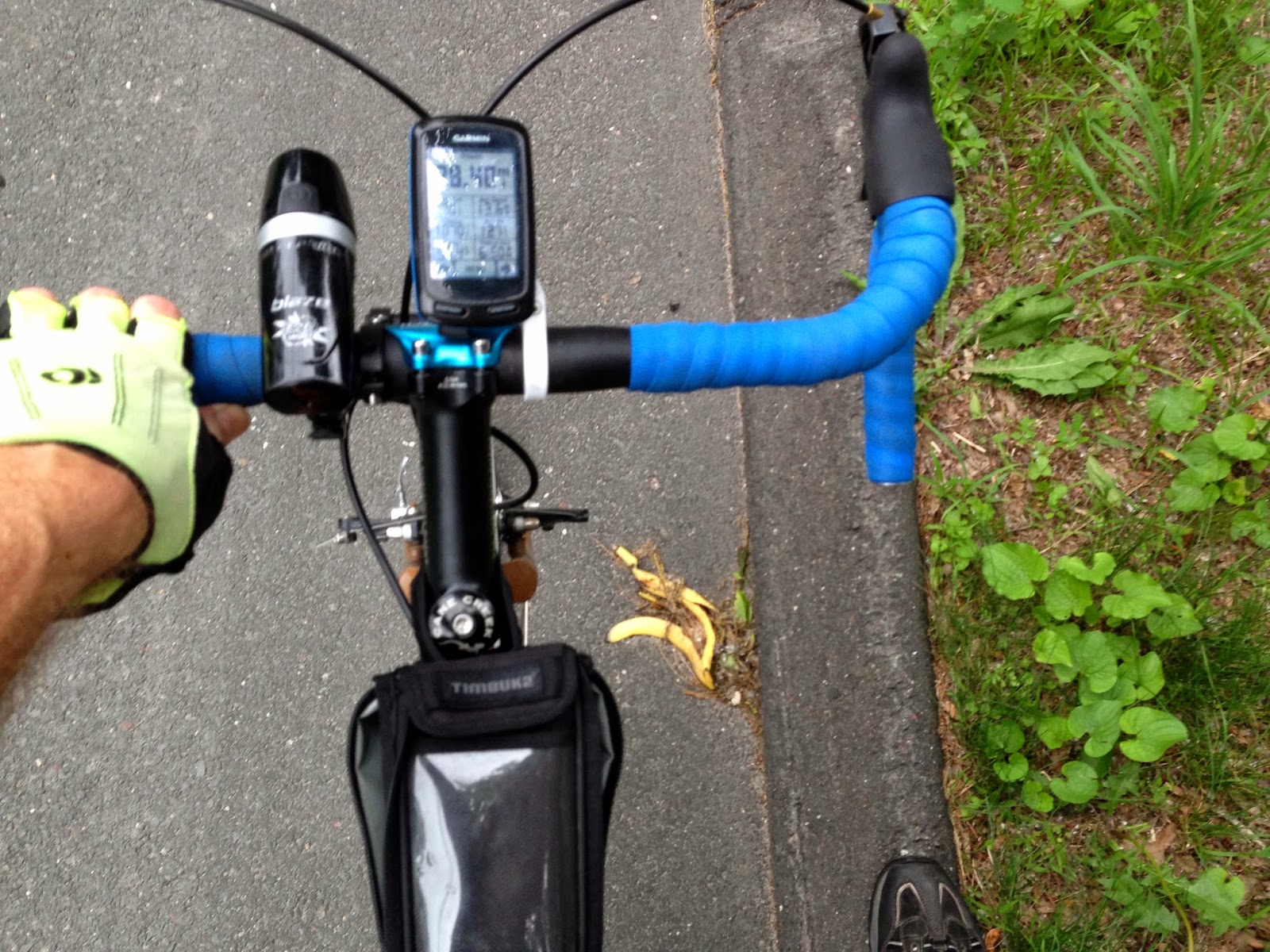 On the way back to the house I stopped and checked the banana peel and it was still there.  Giving it two days probably isn't enough.  I will come back next Tuesday and see what's like.
at 5:19 AM