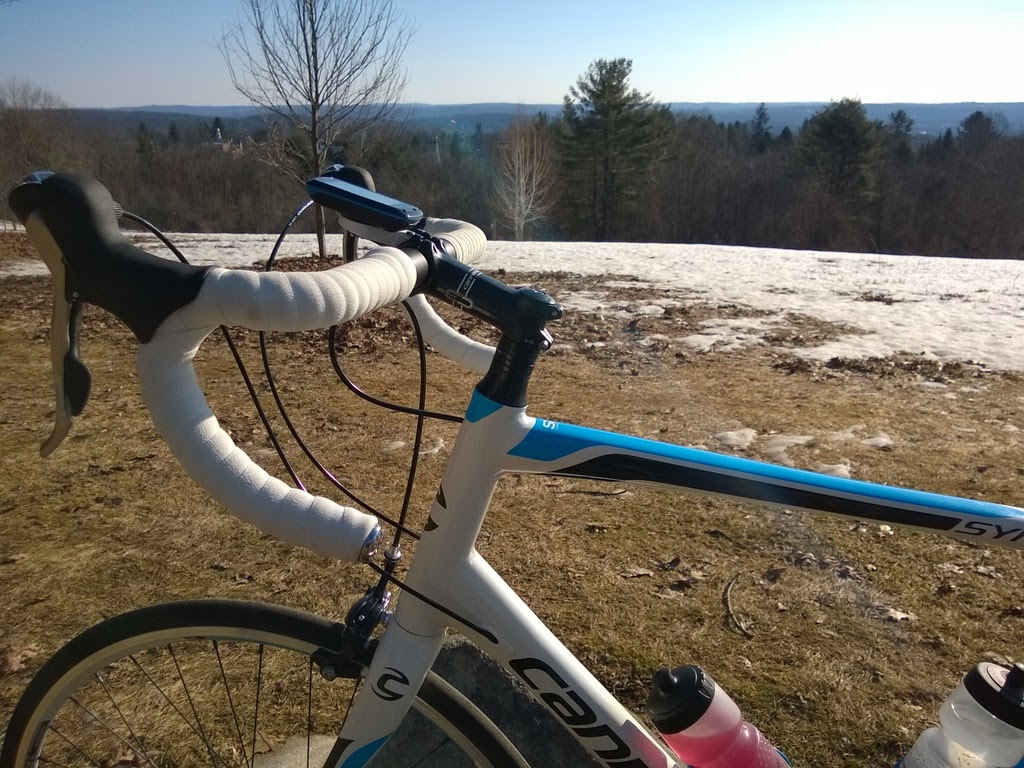 Today was the first morning with temperatures above 25 degrees
so I finally got the opportunity to put the Synapse on the road! 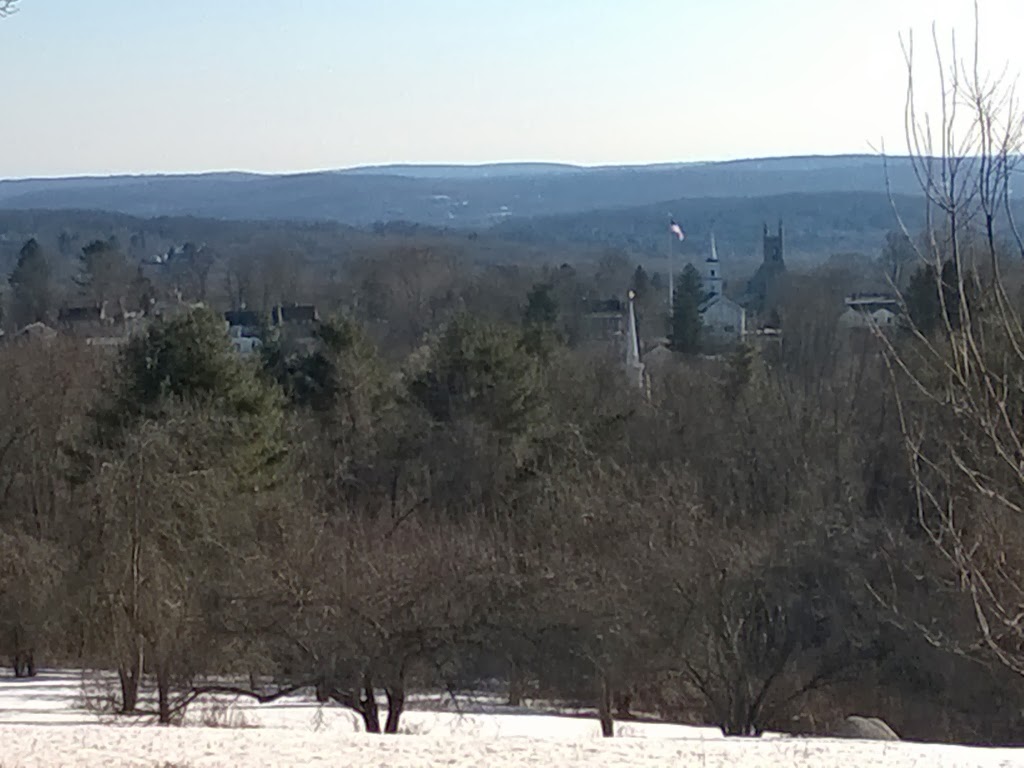 Since I won't ride this bike on dirt roads the best way out of the Housatonic River Valley is up and I might as well just keep going up, all the way to the top of Castle Hill.  What a glorious morning, not a cloud in the sky! 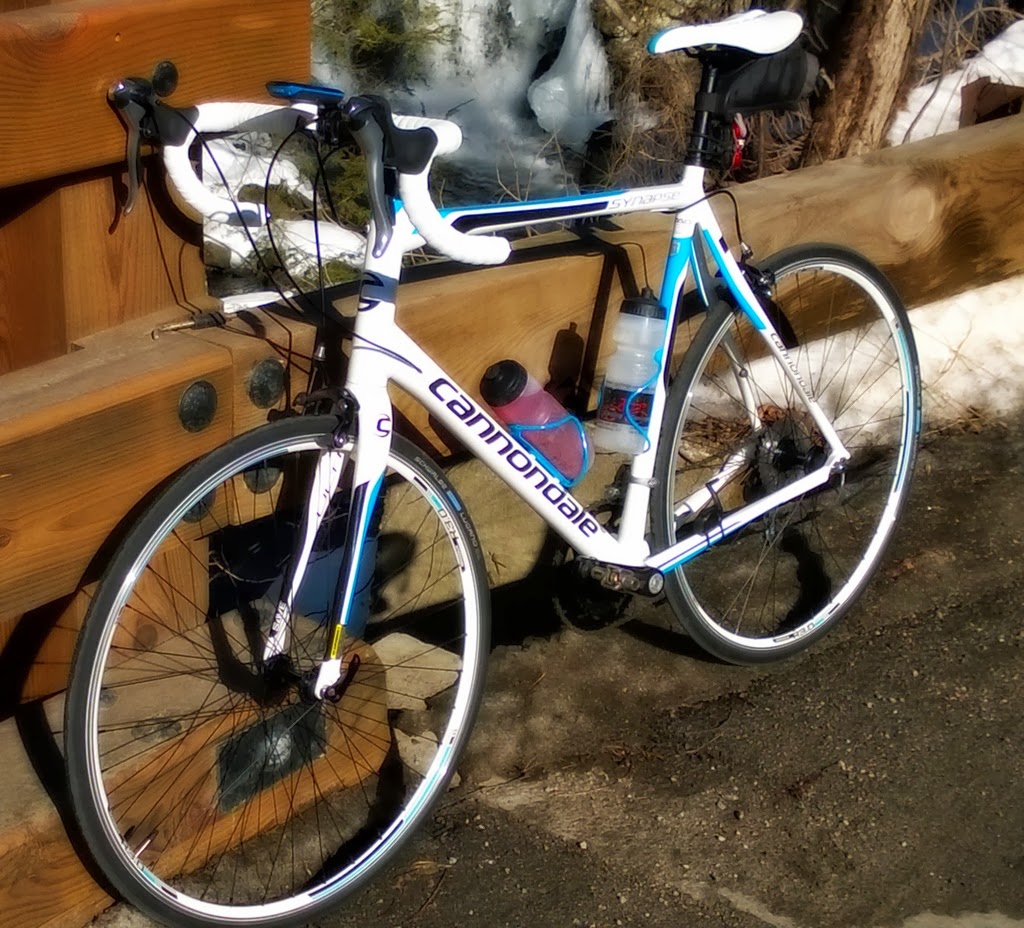 I had planned on a much bigger ride but as the saying goes the Road to Hell is paved with good intentions. Fast forward 36 miles and a couple of glasses of water and cup of coffee, Having been off the bike for two weeks I realize that I am really out of shape.  I have 20 days to get ready for the Foolish Classic. 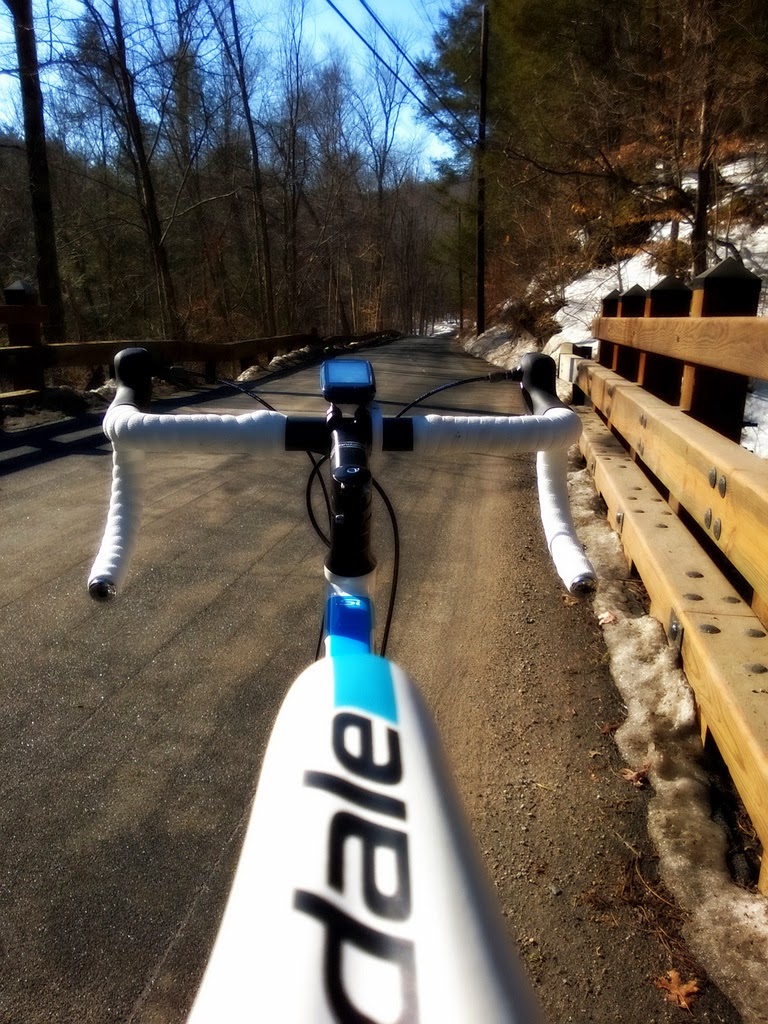 Now this is a bike!  Shifting is awesome although  I had some problems thinking that I was still using the SRAM double taps that I had on the Cannondale XS-800. I had a few miss shifts here and there but eventually I got the hang of it. It also has a trim feature on the front derailleur that I also got used to after awhile, too.  Not only did I fly in the flats but climbing was much more efficient. 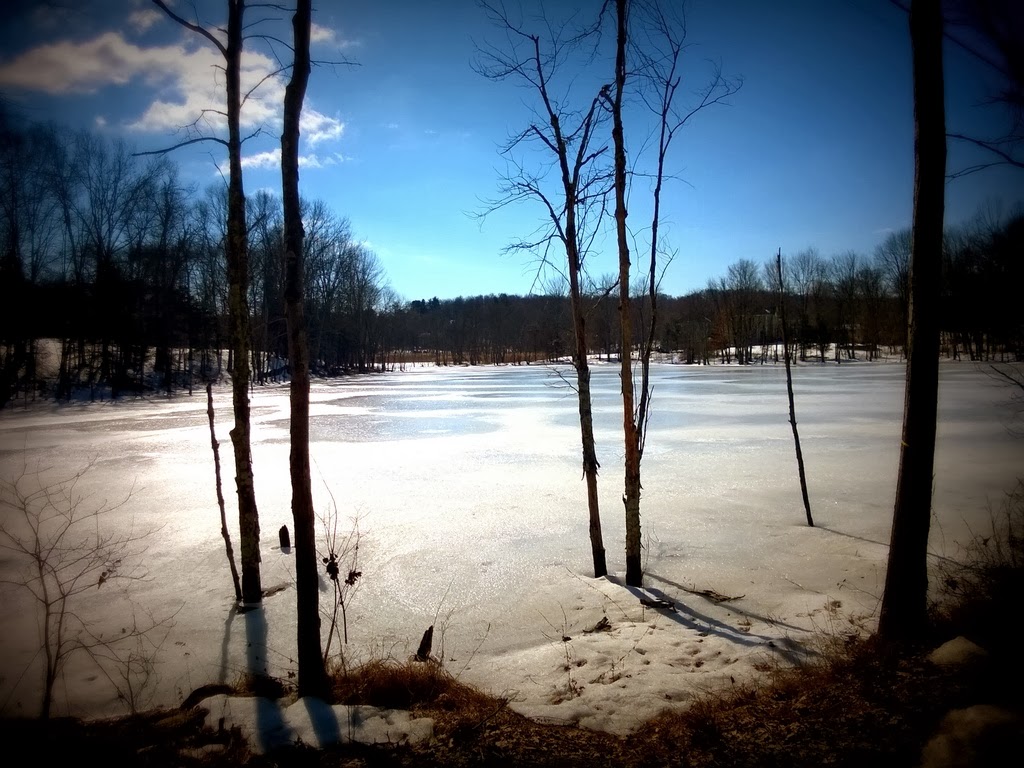 I love riding by Gurske Pond.
Today, I saw a cat walk out on the ice and lap the water where it wasn't frozen.
at 6:00 AM