The Foolish Classic is just two weeks away and I am wondering if I am ready. Prior to D2R2 I was doing 100K rides left and right but to be honest I just haven't had the time to ride that far. Later this week I am going to ride Dirt Roads in Westchester County, something akin to the Westchester Cycling Club's Dirty Apple. There is no doubt that I can do it, but it's just a matter of what and how I am going to feel afterwards. 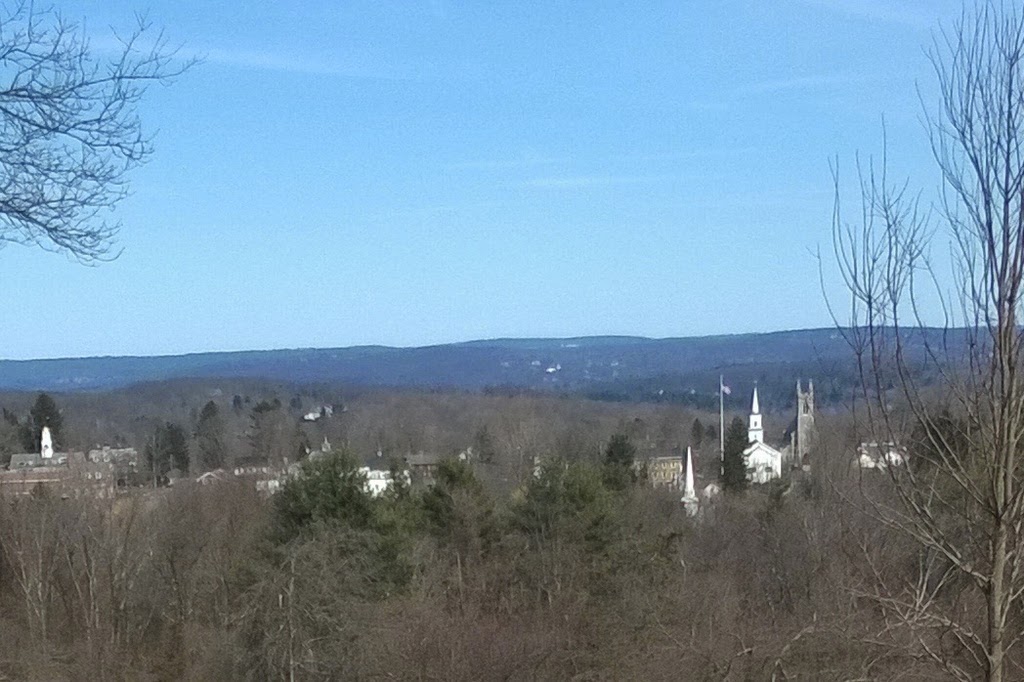 Now that I have the Cross Check set up so that it's the same cockpit as the Cannondale and the Bianchi I went out Sunday afternoon to try it out by going on a 40 mile ride.  Right out of the gate, the riding position was great but the drive train was making some weird noises so I headed back to the barn and lubed up the chain.  Should have done that after Thursday's commute in the rain, now that I think about it. 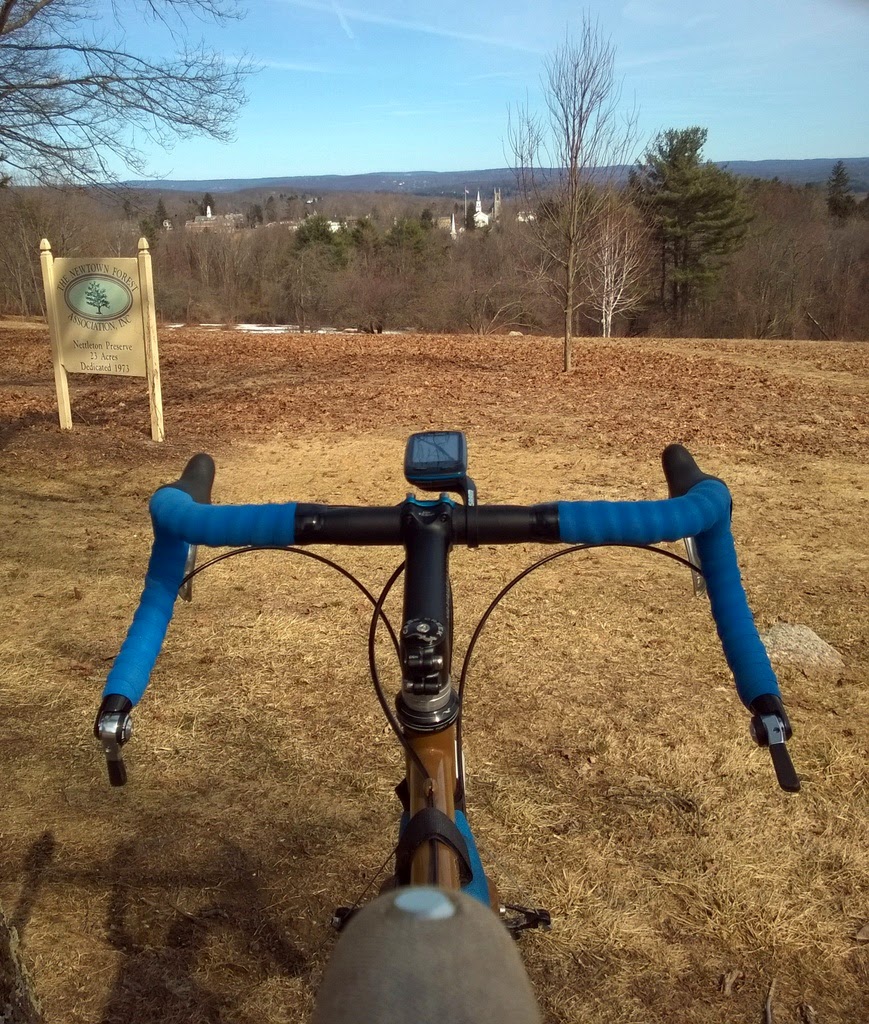 Originally, I had a route planned that would have taken me around the Saugatuck Reservoir but I nixed that idea and decided to roll down through Poverty Hollow again, only this time I would do somewhat of the reverse of last Sunday's ride by taking Sport Hill and then 136 to the center of Easton.  On the way back, however, I missed the turn for Adam's Road and ended up at the Fire House on Rt 59.  Heading north along Rt 59 I noticed the wind and then it started to cloud up.  It was less windy on North Park Ave but the temperature started to drop, too.  I think next time, rather than taking Maple Ave just continuing all the way up North Park Ave and follow that till it hits Judd.  Or better yet, ride around the reservoir and take Judd all the way back to Hammertown Road. 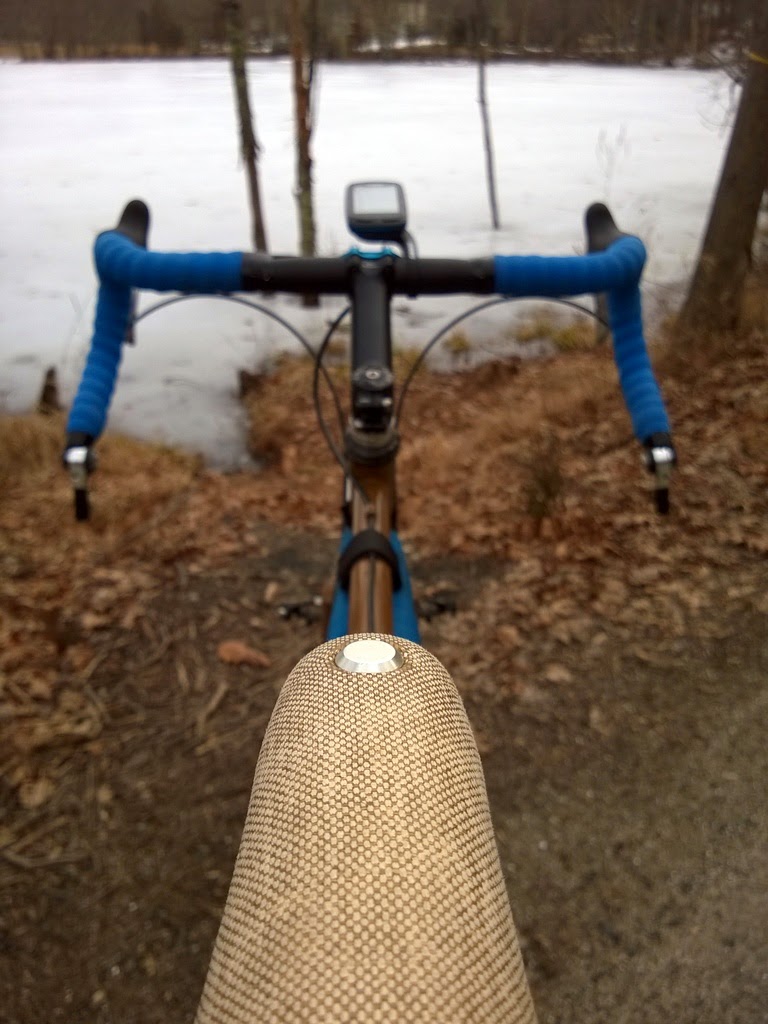 The Brooks Saddle is starting feel comfortable, at least it felt that way on Sunday but who knows maybe my butt was just cold.  Stopping off at Gurske Pond I warmed up the toes for the last leg of my ride home.  The nice thing about this point in my rides is that I know its 9 miles to home.  I am wondering when the ice will finally melt.  I will be watching it every Sunday. 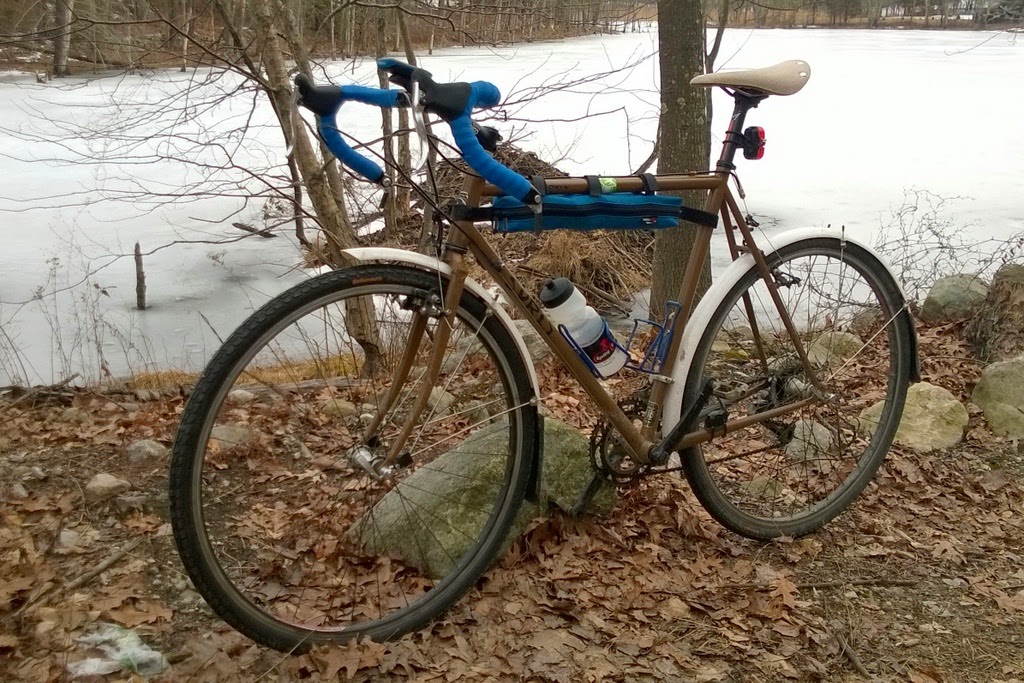