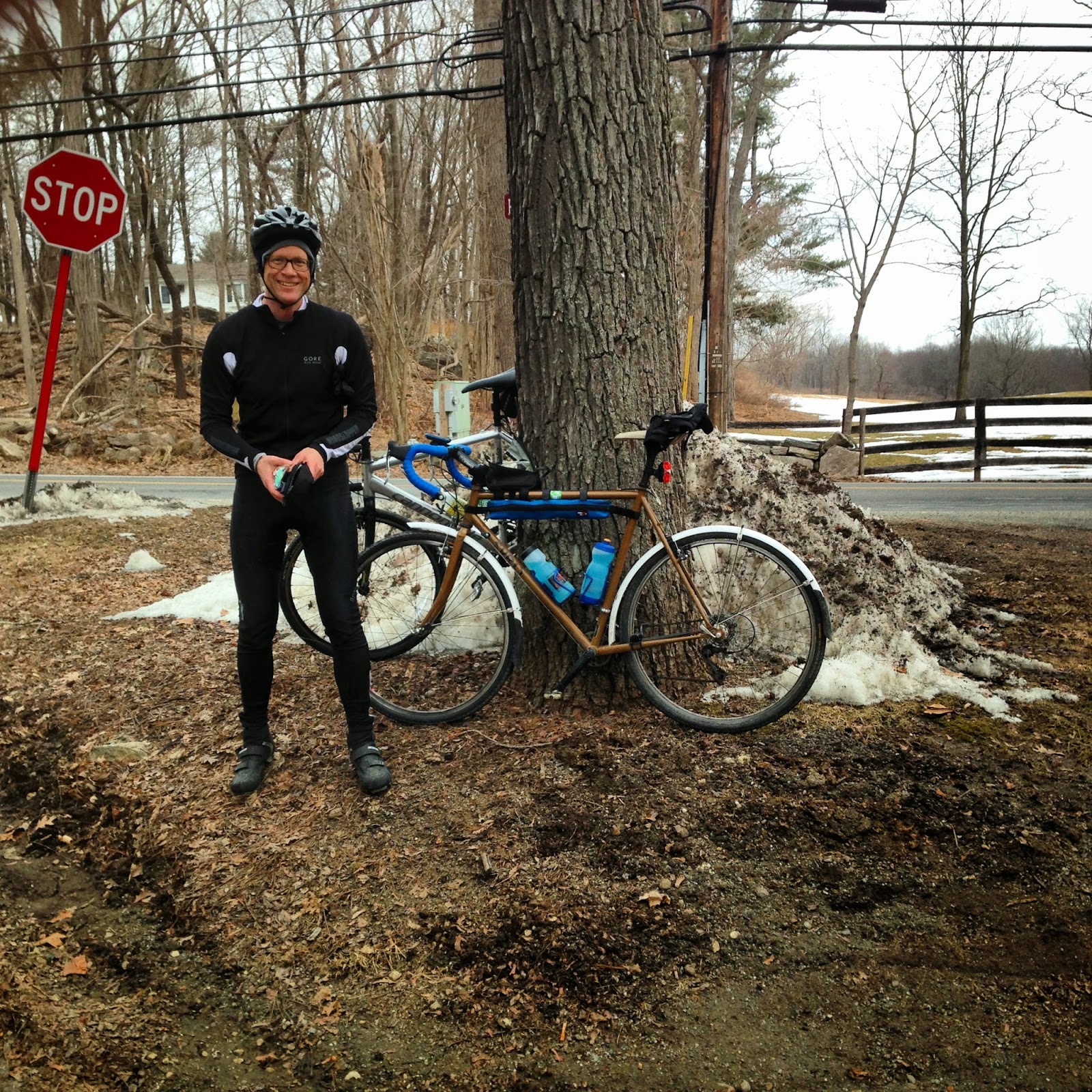 In preparation for the Foolish Classic Will and I decided to try a variation of The Westchester Cycling Club's Dirty Apple, which is a Gravel Grinder within Westerchester County.  I found a few routes on this cycling forum called Velocipede Salon.  I never knew there was so many dirt roads in Westchester County! 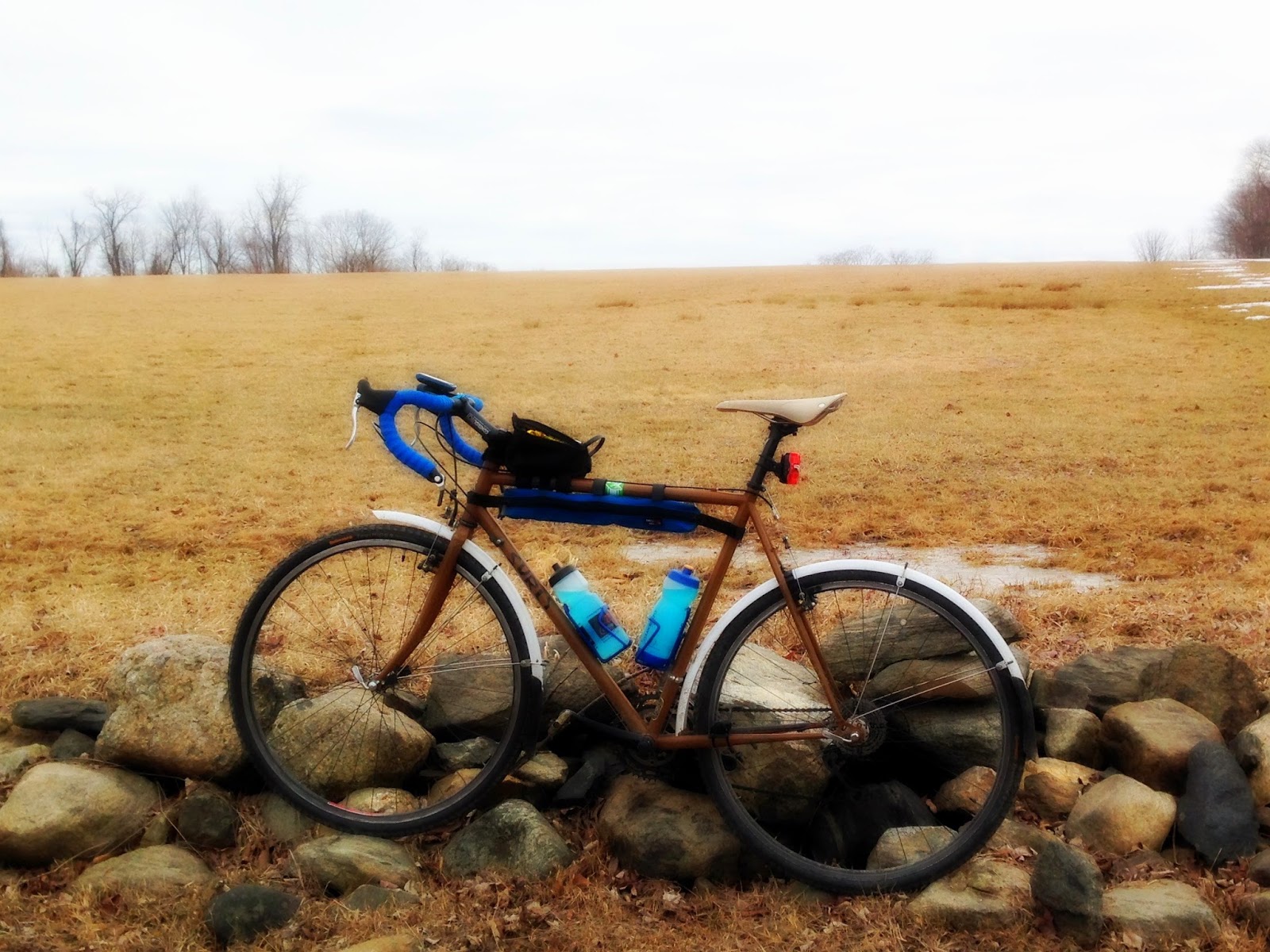 Coming back down Vail Road after riding into Connecticut we stopped for a few pictures.  We had some trouble with our Garmins because the route comes to a 4 way intersection in which the route crosses over itself and no matter which way we went the Garmin said we were off course.  Since I knew the area I just followed my nose. 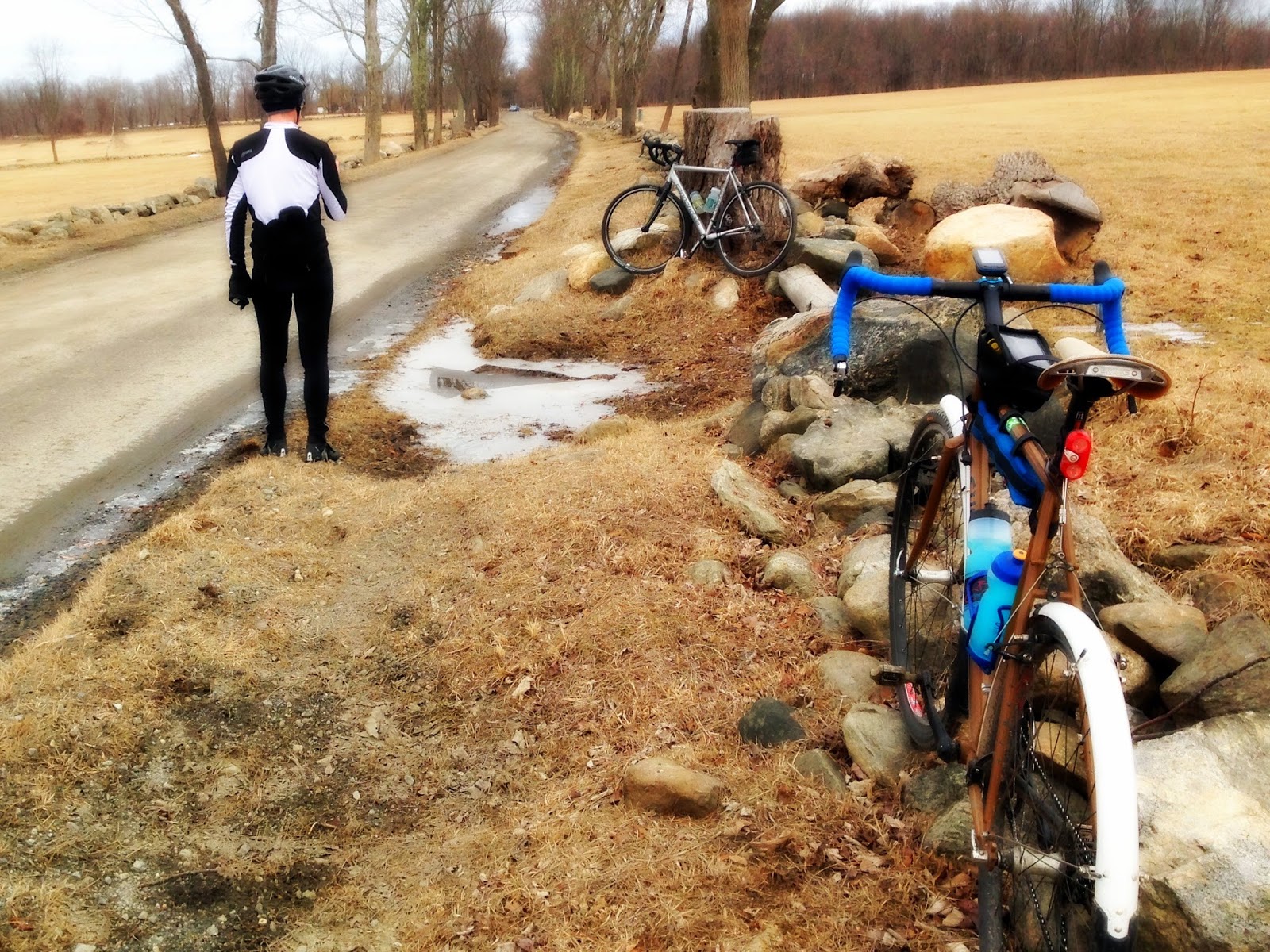 We came across quite a few folks on horse back and I paid particular attention to give them a heads up that we were coming through.  Quite a few of them remarked that we were the first cyclists to do so.  Having lived in Newtown, there are a lot of horses and you learn quickly to give them a wide breadth. 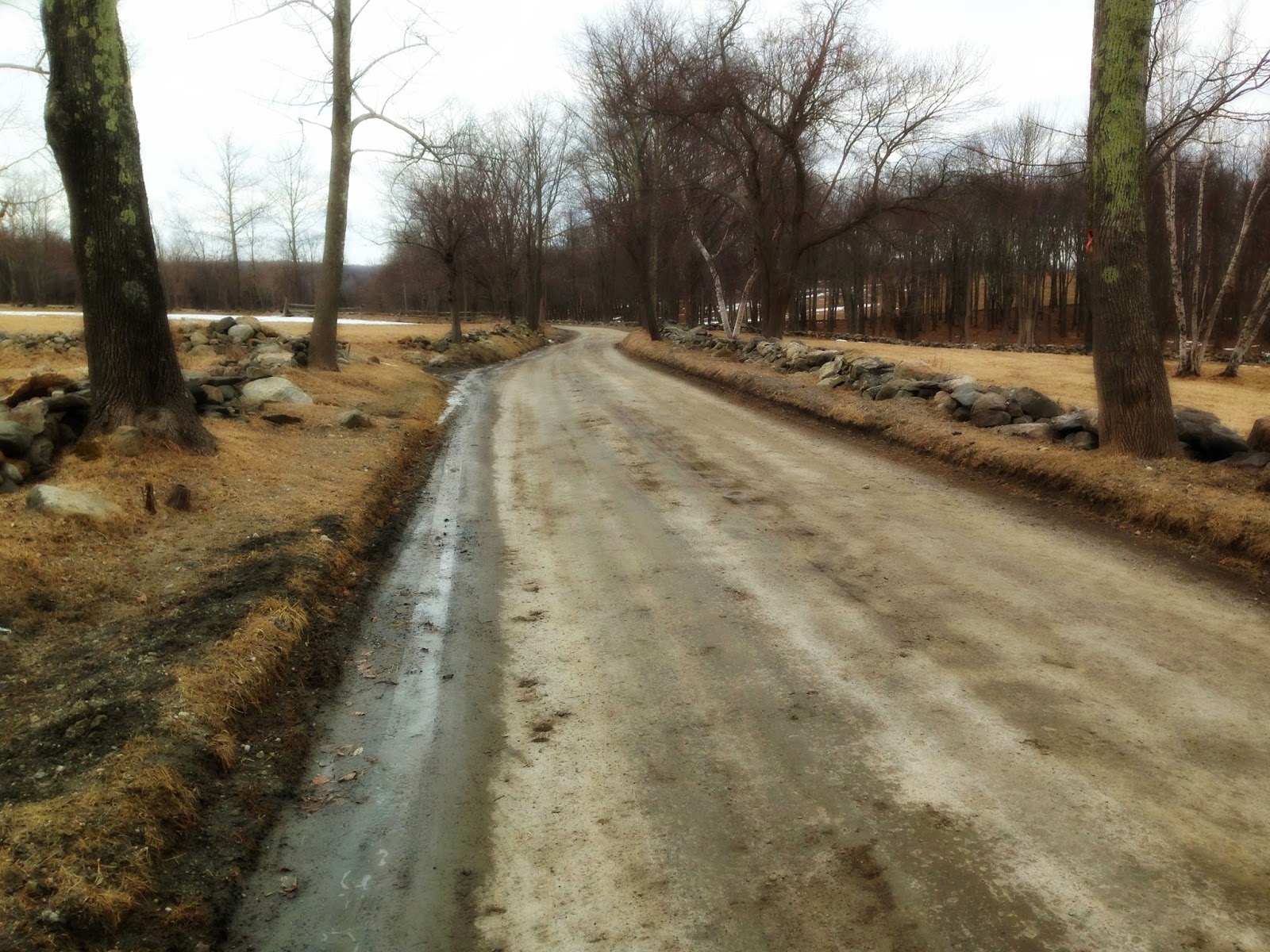 Coming down from here it's a straight shot onto Rt 116 which heads into Ridgefield.  Popping out onto the road is when disaster struck - my right pedal just came off the spindle.  It's an older Crank Brothers Candy Pedal that has seen quite a bit of usage of the years so I wasn't surprised but being 35 miles into 75 mile ride and at least 10 miles away from the cars was a little problematic.  I made a pretty good effort but it sucked because the pedal kept slipping off the spindle if I wasn't paying attention.  We looked up bike shops in the area and it turned out there was one in Katonah so we headed back there. 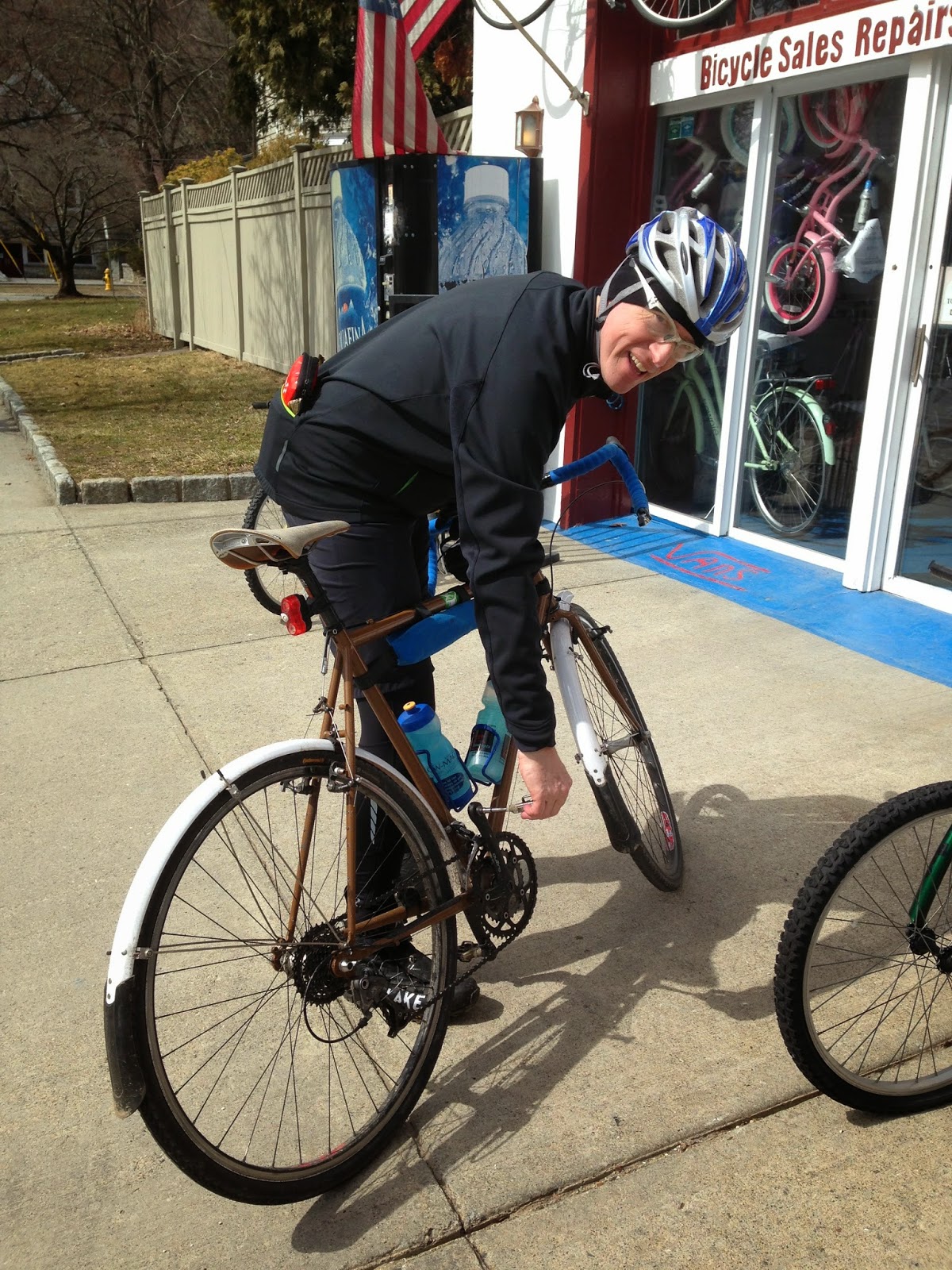 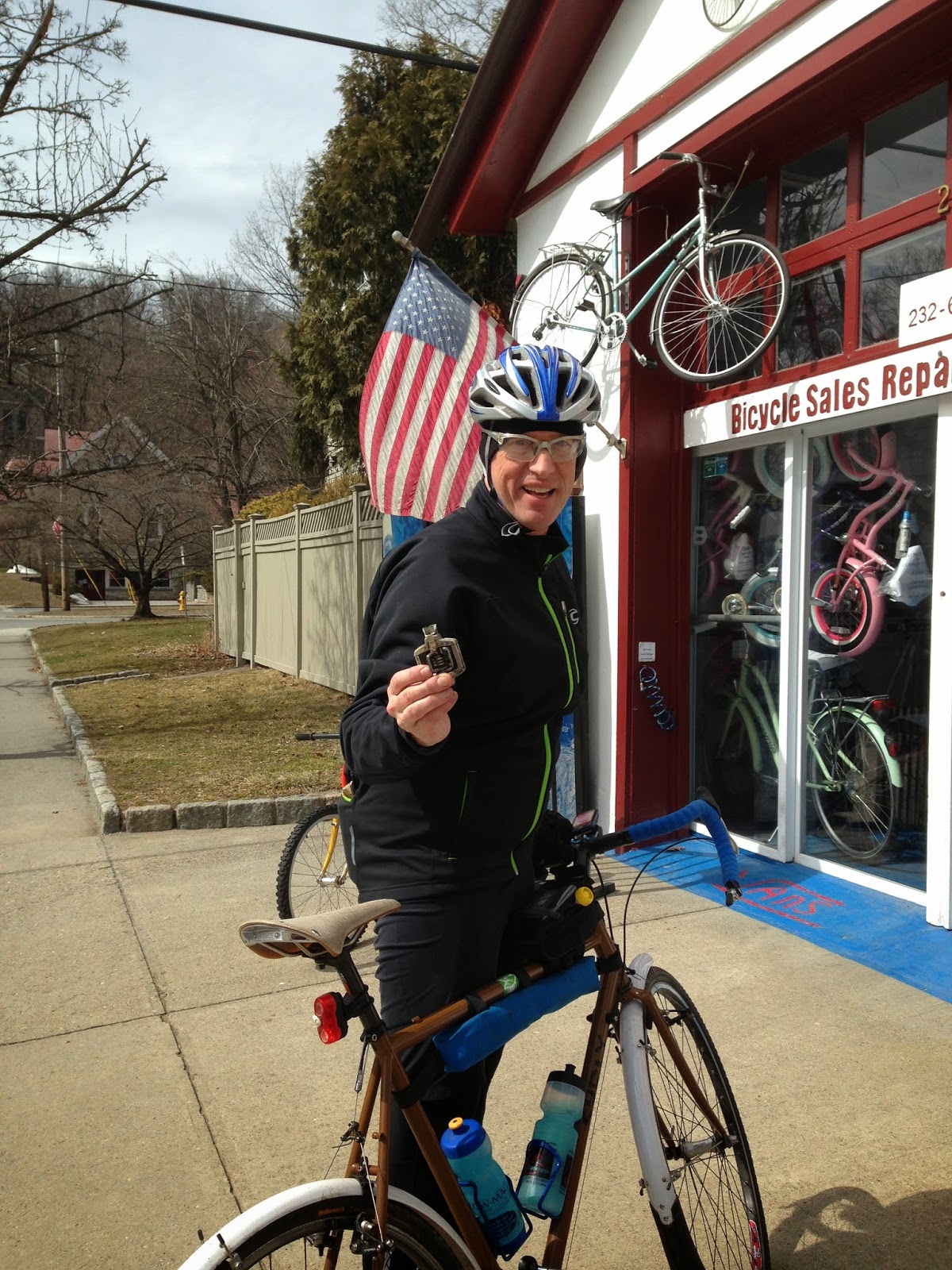 At Van's Cycle Shop I bought a pair of flats and replaced my right, broken pedal with the flat.  We got some lunch and then headed back out to ride some more.  Instead of back tracking to where we left off, I turned the course back on and we followed the route in the opposite direction. 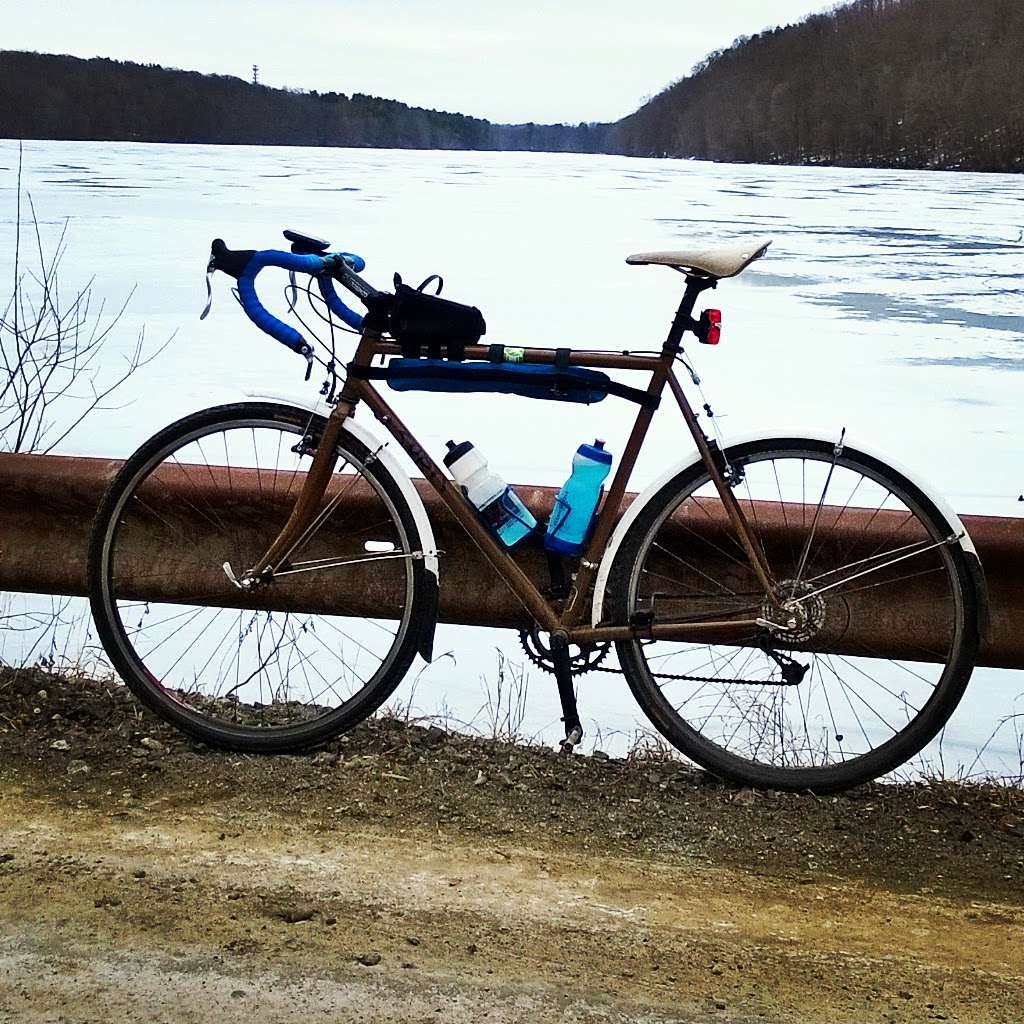 There were some killer climbs and still plenty of dirt!  The temperature stayed pretty constant, around 35 degrees and I stayed pretty warm the whole time.  Despite the cold, I should have drank more liquids because when I stopped off at the Packy on my way home, getting out the car both legs cramped up seriously and it took me 5 minutes to stretch and relax to calm the muscles down. 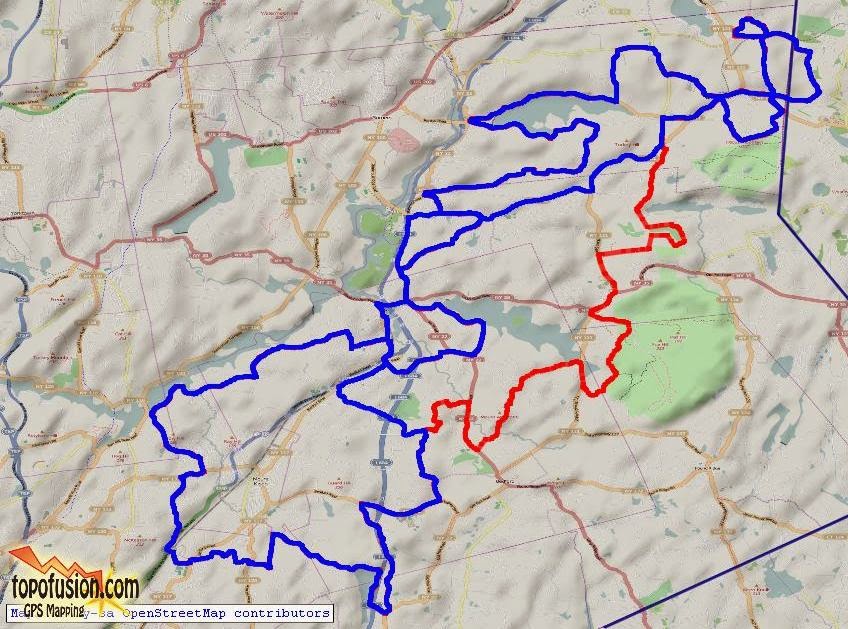 Here is the route that we did (in blue) and what we missed (red).  In hindsight, when the pedal broke, we should have ridden to Ridgefield and the Ridgefield, Bicycle Company, which would have probably have been a lot quicker and would have enabled us to get back on the course that we had set out to do.  This was a great ride!  We did 72 miles and 7,100 feet of climbing!
at 11:59 PM