I needed a big ride this weekend to prepare for D2R2 so I decided on riding to Lake Waramaug and then try some new stuff around New Preston.  By new stuff, looking for more dirt roads to ride. 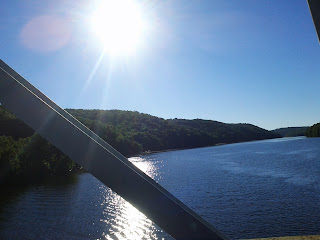 While I had planned to leave around 6:30 I finally got on the bike at 7:45 and it was actually better that I left a little later because it warmed up.  Still, riding in cooler temperatures I opted for an extra layer under my jersey that was perfect for some of the descents earlier in the morning and helped wick more sweat when it got warmer. 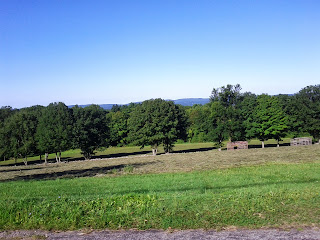 There were some spectacular views from Hut Hill Road that I never knew existed, then again, I don't think I have ever been this route before, I always take 133 to get to Bridgewater.  I went this way to keep off the main road.  It was well worth the detour. 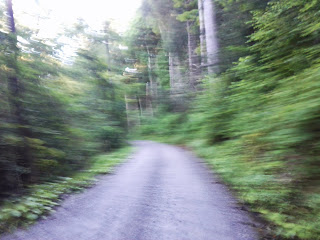 This new route took me the back way into Mine Hill and subsequently Judd's Bridge for a very cooling descent and then up one of my favorite gradual ascents, Walker Brook. 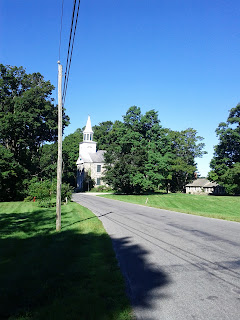 Dropping down into New Preston I chose a route to Lake Waramaug that I probably should have reconnoitered better because it was an insane climb, Finlay Road.

It was a bitch but I made it. 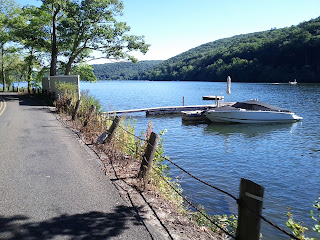 A nice, fast descent off this hill (probably should have just ridden up through the center of town) took me into the top of New Preston and then I was on West Shore Road and enjoying the scenery of Lake Waramaug. 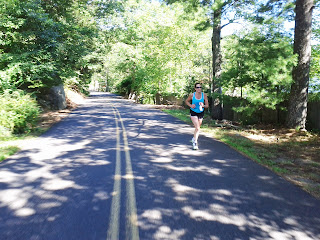 There was an equal amount of cyclists as there were runners on East and Shore Roads, as well as people out for a morning stroll.  Runners were pretty good, staying two abreast but some were far out in the lane, posing a hazard to cyclists (me) and cars who might be coming around a blind corner, but the walkers were the worst.  I had my bell and gave them warning but they seemed reluctant to make room. 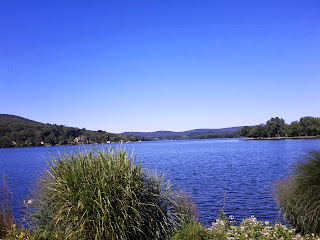 I noticed someone pacing me into 3 mile but when I hit the headwind I lost it and he passed me.  Of course, he was lean and mean on a TT bike but he liked my Cannondale!  The majority of the cyclist seemed to be destination riders on flat bar and comfort bikes.  There was one couple on a tandem and another guy on an hold school Cannonale mountainbike with a Headshok.  We high-fived each other because we both new we were riding vintage Cannondale bikes. 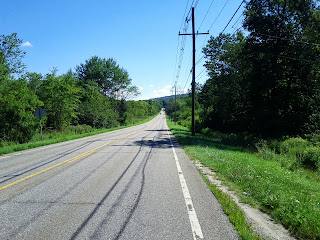 I got screwed at the end of the lake because my Garmin, which is supposed to have turn by turn directions, doesn't tell me when to turn so I missed the turn off to Filtration Rd, which by the way coming the other direction is a much more suitable climb that I might have to try sometime.  Also, the next time I ride up to Waramaug I might try doing a few laps, too.  And of course, there is a Strava Segment for that, too.

My time is way off so I am going to have to work on that.  Maybe on my next ride up to the lake I will pick a more direct route and then ride a few laps, as well as try the route in the opposite direction.  Might have to bring the bar cam and get come video, too.


The highlight was finding Whittlesey Rd, which started out as an oil & gravel road but at the top of the first climb turned over to dirt! 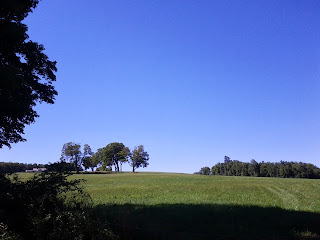 From the top of that climb is an awesome descent in which to pass by some ultra chi-chi private school.  I went right on this road called Sabbaday Lane which turned into another monster climb.  Then it was Rt 109 down into Washington and on towards Steep Rock. 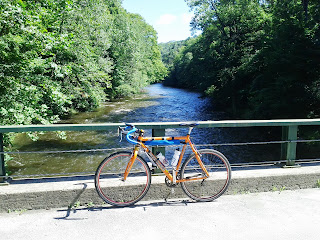 Then ride the rail trail down and through my favorite Rail Road Tunnel, out to Tunnel Road and then up Judds Bridge for a pit stop at the Roxbury Market for another bottle of water and black and white cookie.  The market is 2/3s of the way through the route and a great place to recharge.  It turns out that Roxbury Market gets all of it's pastries from the Blue Colony diner in Newtown. 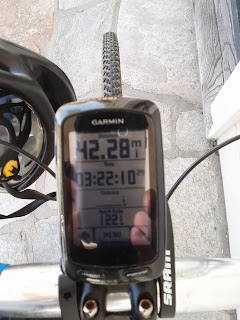 Then I rode down to the Southbury and over the I-84 pedestrian bridge only to get lost in the rabbit warren of small streets near Lake Zoar. 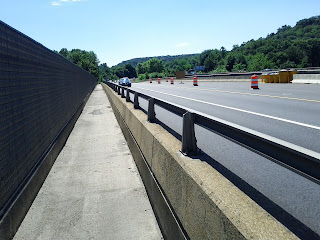 I decided not to stop at the Village Perk because I was running out of time just pushed towards home. 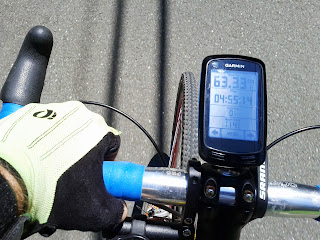 My third 100K ride this year and I am really starting to like this distance!  Riding to Lake Waramaug is definitely happening again, probably with some variation.
at 7:00 AM