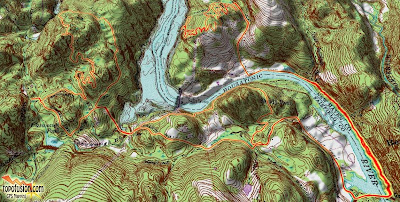 I have always wanted to try this:  Ride Upper Paugussett, the Vineyard Trails and Waldo on the same ride Today, I did it and it was AWESOME!  The vineyard trails need a lot of work, though, and they are almost not worth riding.  It's clear that Waldo is really popular now.  The main trail is really rode in well.  I hit some of the new trail but it was just a sniff.  It will be great when the rest is complete, though. 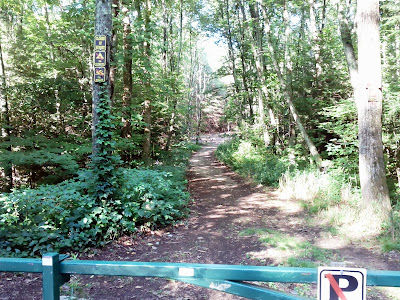 Looks like the new parking lot has been started at Waldo. 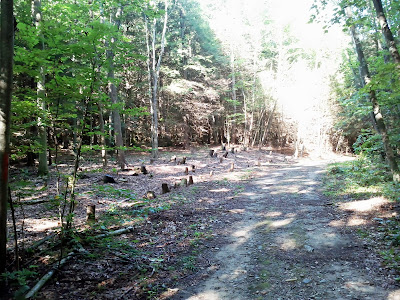 Had a pretty good run down to the lake but Endo'd on Waldo.
Everything was fine but had to curse myself for poor body position. 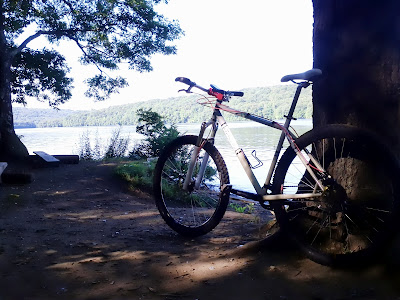 While heading back up the fire road to ride Extra Credit two Yentas were coming the other direction with three dogs.  Two of the dogs were really friendly but the third was growling at me constantly.  All the dogs were off leash.  I reminded the younger of the two that leash laws are applicable at Waldo.  The older of the two said that the growling dog doesn't bite but a stranger's presence will set her off.  Well, I don't know the dog doesn't bite and by the dog's reaction to my presence all I could tell is that it was going to bite me.  I told her whether or not the dog will bite it's her responsibility to keep it on a leash. 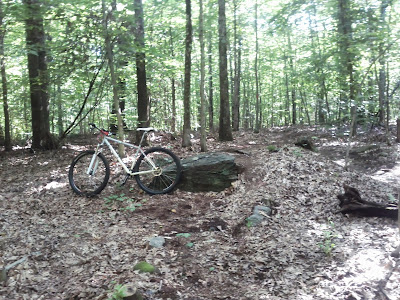 Found the new drop on Waldo.  Either side makes a nice a roller, too. 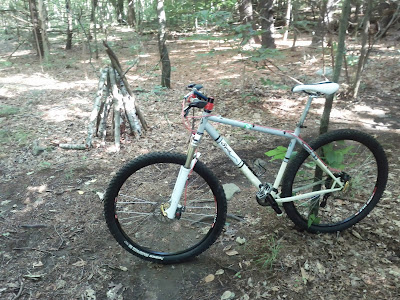 Intersection with the hunters trails is sporting this new teepee thing. 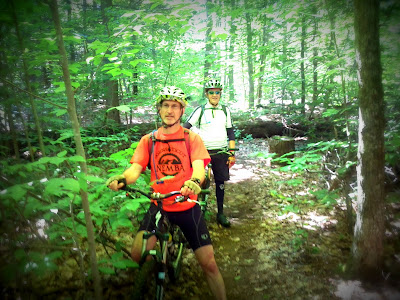