I finally got back to Upper Paugussett to re-walk the new route for the Mulikin that walked with the State Forester in early January.  The Mulikin is becoming quite a popular trail.  I have seen equestriennes and doggers, hikers and mountain bikers.  However there are sections that are not sustainable and the increased usage is starting to show.  The Mulikin is the best way, in my opinion, into the heart of the Upper Paugussett and to the Upper Gussy Trail. 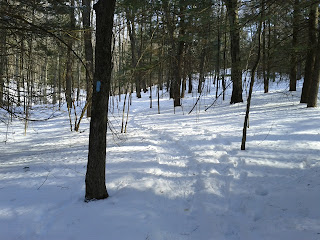 At first it looked like the The New Mulikin was poached but it looks like this way was just alternative to the connector trail.  Probably cut by sledders. 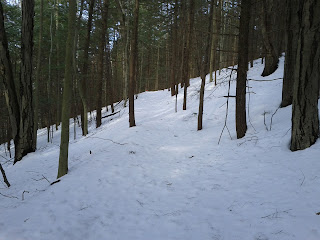 It was looking like the Mulikin was virginal until I found snowshoe tracks further up the trail.  I saw a family earlier gearing up for shoeing where it looked like Mom and Dad had shoes and their little ones did not.  It was funny to see little kid boot prints following the snowshoe tracks. 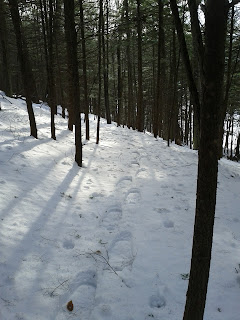 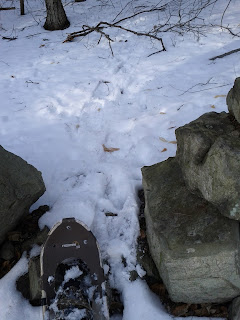 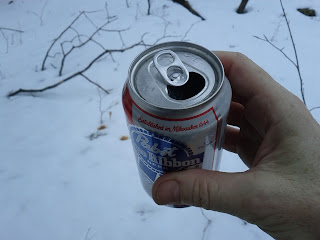 At the top of the Gussy Trail it was time for a reward! 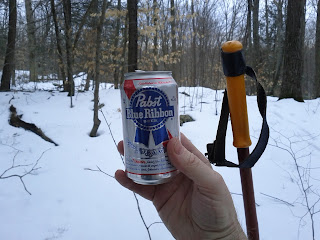 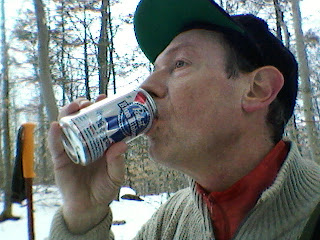 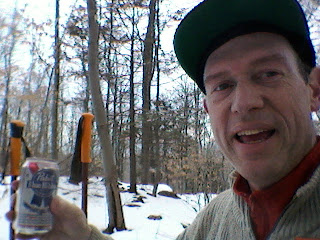 Nothing beats an ice cold PBR after good snowshoe! 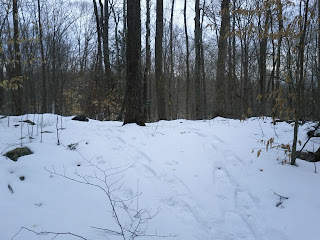 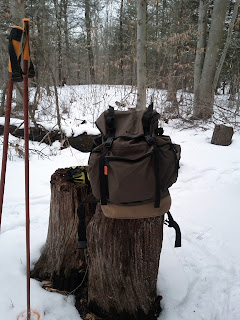