Goldilocks and the Three Bears

I found a great deal for a bike light on Craigslist the other day so when I met the guy to buy it I asked him whether he rode around here and he said Upper Paugussett.  When I told him about the Gussy Trail he recognized me and told me he was part of the The Brew Crew!  Wow, small world.  So we got to talking about the trail and I told him about this roller that I found the other day that has a little trail leading up to it.  He recognized what I was talking about and told me that is what they call the The Three Bears!  I love it!


The single * is start of Papa Bear!  It appears daunting at first because it's steep and you have that tree on your right but it's unbelievably smooth, even though it doesn't look like it.  Mama Bear (**) I have rolled this feature numerous times before but never took the approach that new Papa bear. 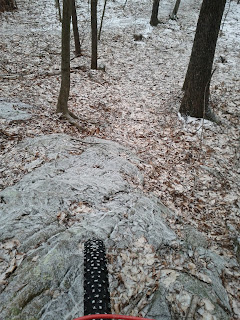 Here I am QM'ing Papa Bear.  I backed up about 20 feet and then went for it and it's smooth as Buttah! 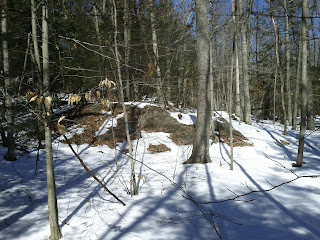