Originally, I wanted to go XC Skiing but the deep snow and potential for even deeper drifts was enough to dissuade me to throw on the snowshoes.  Paula was still snowed in so I told her I would pick her up on my way. 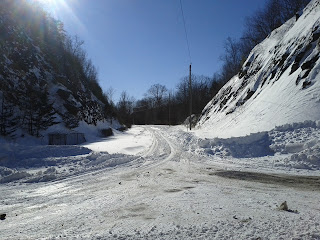 I got her at Bancroft and Pole Bridge, which was only plowed to one lane.  We headed over to Fairfield Hills.  We could have gone to Waldo assuming we could park but I also wanted to map out a section in the woods behind the Newtown Youth Academy for what might become the Sandy Hook Memorial Trail. 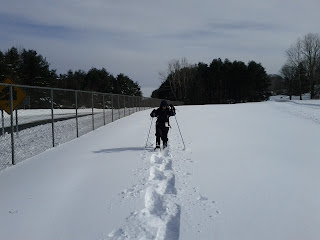 The one thing to remember about Fairfield Hills is to be prepared for a variety of conditions.  First starting out, while cold, we quickly heated up but once in the open fields the wind gusts just suck the heat out of you. 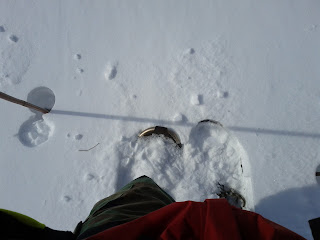 We encountered a 4 foot drift near Wasserman Way. 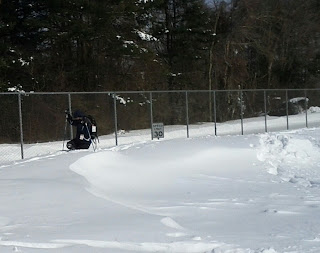 Paula lost a snowshoe in it and I went back to help her out.
That drift was deep! 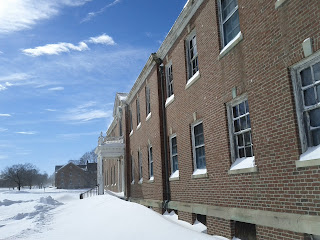 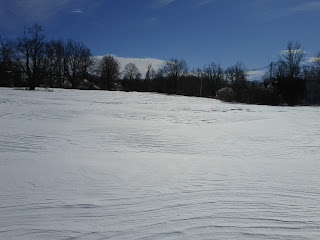 The big field by the corner of Wasserman Way and Minehill South was a rippled with deep drifts. 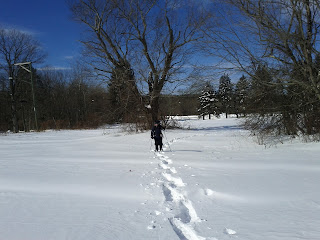 The wind in the open fields was brutal! 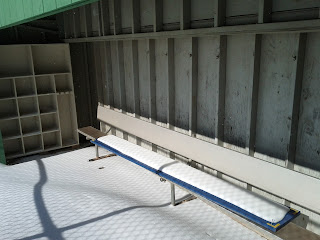 We took a break in one of the dugouts at the ball field by the Emergency Operations Center.  With full sun and out of the wind it was the perfect place to get a drink of water and have an energy bar! 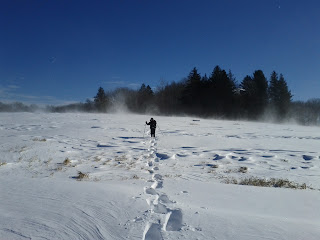 The wind got even worse by the time we were headed back to the car. 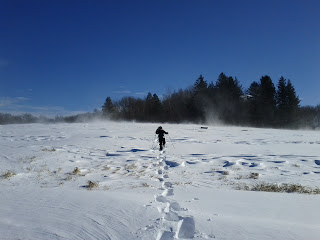