Me and My Headset 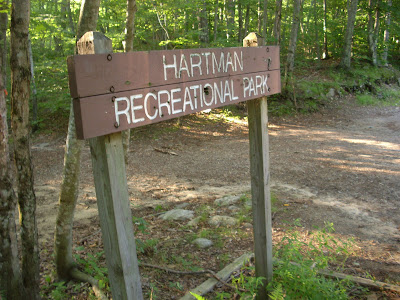 I have been told that one of the most challenging places to ride in Southeastern Connecticut is Hartman Park in Lyme and it is indeed challenging!  Roots, rocks, and really nice singletrack for a town park where the trails were mostly laid out by walkers and not bikers. 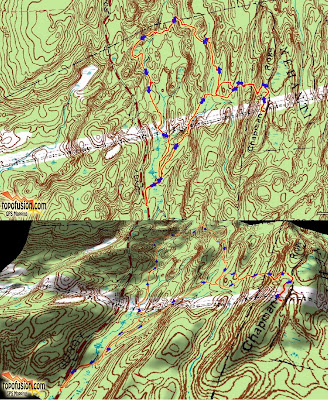 Thom took me up to the highest point along the power lines to get the view.  From here you can see all the way to the Connecticut River, not the river itself but the ridge that runs along side of it. 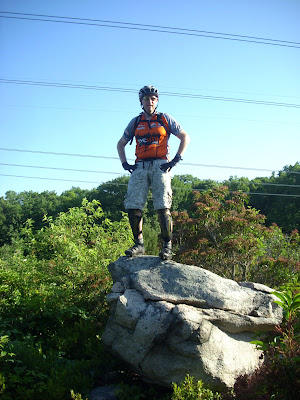 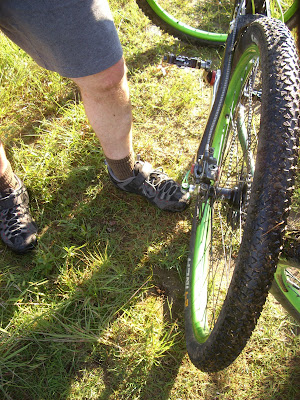 Thom has been complaining about his sidewalls on the Conti Race and Mountain Kings and true to form he ripped a sidewall riding down from the power lines. 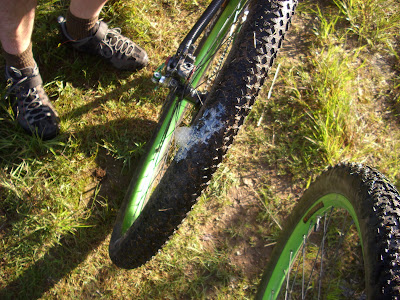 Since he was tubeless we got to see a bit of the gumming up material spew out but when I he though it was ready and put more air back in, he found another hole and that was it.  For the second time in which we have ridden together with him riding tubeless I have given him my sole tube.  I was a bit nervous doing so because I didn't have Serfas Krest 9ers on the Dillinger, rather the WTP Nanoraptors.  The Nano's are good, dry surface race tire but that's it.  The only reason I had them on was I thought I was going to sell the bike I figured I would get rid of these tires at the same time. 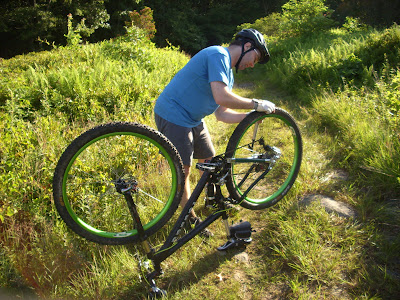 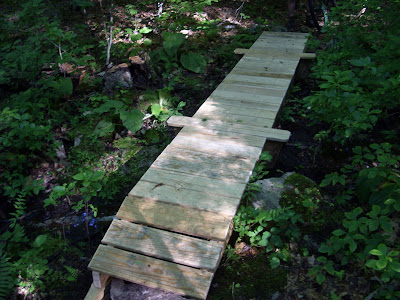 Later down the trail we rode some the bridges/boardwalks he built.  Thom builds the best boardwalks.  But on one particular crossing he stalled out and we for a little bath in the muck.  Wish I got that on video but I turned it off a while back because the trail was rooty and rocky that I figured I wouldn't be getting any good footage. 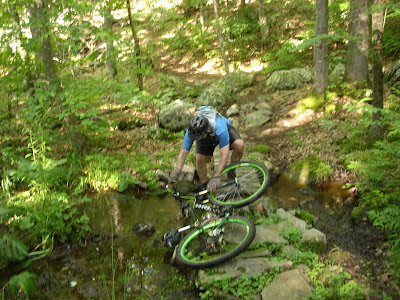 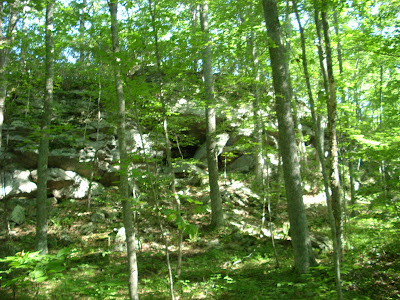 Just past this cave, pictured above, my headset started to massively creak.  We tried tightening it up but it didn't help.  After a second tightening we gave up and headed back to the car.  Turns out, everything on the headset was eff'ed, as well as the pinch bolts on the stem.  Thom did his magic and had it working again nicely by replacing the headset, add carbon fiber spacers, new bolts for the stem!  Wow, awesome job on the bike!  He is a wizard when it comes to bike repair.  Hate to say this but better than any LBS I have been to date!  He should really open his own shop! 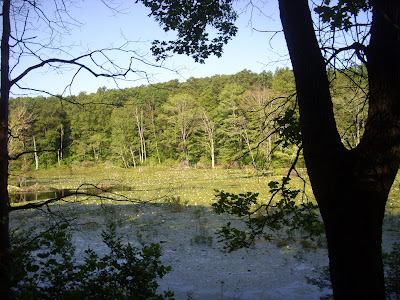