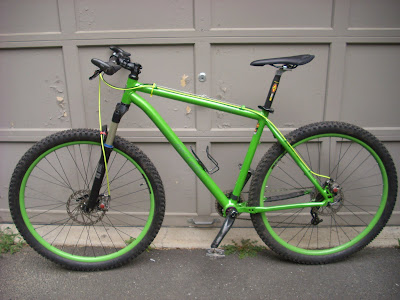 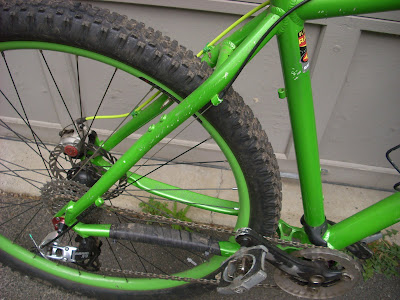 A few scratches hear and there.  There is a dent on the down tube (pictured below) but it doesn't compromise the structural integrity of the frame.  Click on the pictures for a bigger view. 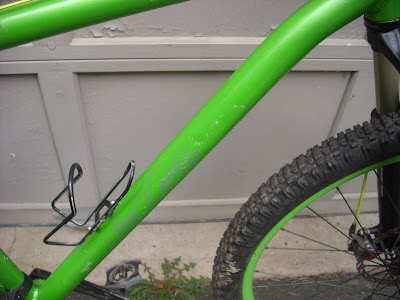 Ridden mostly as a single speed for races during the previous year.  Went to gears this year and found it's even better to ride.  Was planning on selling it earlier this year as a single speed but before doing so, I decided to try gears and found out it's really fun.  Unfortunately, I am out of room in my garage and it has to go.
at 10:12 PM

Email ThisBlogThis!Share to TwitterShare to FacebookShare to Pinterest
Labels: Dillinger, For Sale

Not that I have room for another bike, but WOW is that tempting!!